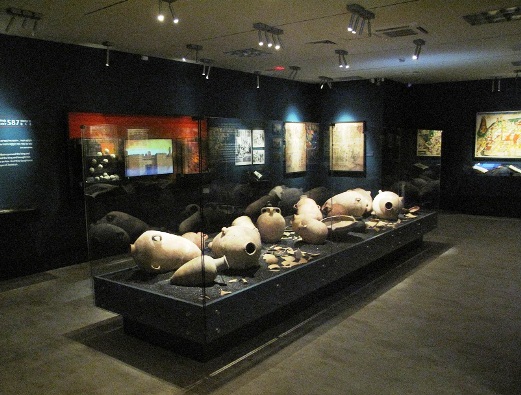 The exhibition By the Rivers of Babylon opens this week at the Bible Lands Museum Jerusalem. This exhibition sheds new light on one of the most important episodes in biblical history: the Babylonian Exile. The pivotal focus of the exhibit is the Al-Yahudu Archive: a collection of over 100 cuneiform tablets, original documents from the Judean exilic community, which are on display to the public for the first time. Written in the ancient Akkadian language, they document the daily lives of the first generations of exiled Judeans following their deportation to Babylon.

By the Rivers of Babylon exhibits unique artifacts that illustrate the devastation and resilience of the exiled Judeans as they rebuilt their lives in Babylonia. Al-Yahudu (literally the City of Judah) was an important city settled by the Judean exiles. Some researchers equate the significance of the Al-Yahudu archive with the discovery of the Qumran Scrolls.

Also on display are archaeological finds from the destruction of Jerusalem, such as Babylonian arrowheads and sling-shots, vessels including jars and cooking pots used by the Judeans, ancient correspondence testifying to Judean attempts to fend off the Babylonians, a replica of the famous Cyrus Cylinder and also a Babylonian Talmud printed in Germany in 1948.

The Bible Lands Museum Jerusalem brings this powerful story to life through innovative multimedia and original animations that enhance the visitor experience. The story of the destruction, exile and longing for Zion is told through the eyes of Haggai son of Ahiqam, a direct descendant of the exiles, and a fourth-generation Judean living in Al-Yahudu. Haggai leads visitors through the exhibit through short animated films created especially for this exhibit.

The earliest document on display from the Al-Yahudu archive, written barely 15 years after the destruction of Jerusalem, offers a glimpse into the lives of the Judeans in exile, their relationship with their Babylonian rulers and the social structure of the Jewish population of Babylonia.

Local archaeology from the First Temple period illustrates the destruction of Jerusalem, the strongest example being a large, misshapen jar that was warped by the heat of the fires that burnt the city to the ground in 587 BCE.

The exhibition concludes with the echo of Psalm 137, “By the rivers of Babylon, there we sat and wept when we remembered Zion,” touching on the quest for return that has echoed in the hearts and prayers of the Jewish people for millennia. The final display case offers an epilogue, including an important Babylonian Talmud, printed in Germany, in the shadow of the Holocaust and on the eve of the declaration of independence of the State of Israel.

Psalm 37.12
The wicked plotteth against the just, and gnasheth upon him with his teeth..
King James Version 1611, American Edition