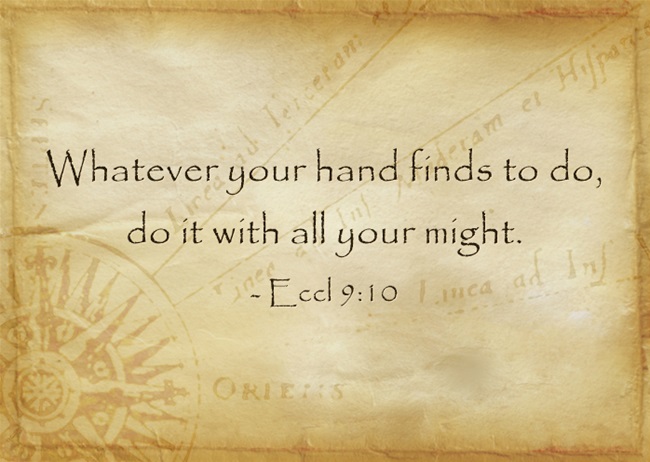 Glorifying God
There is one reason God created the heavens and the universe, and of course that includes us, and it was that He would be glorified. The psalmist understood that “The heavens are telling of the glory of God; And their expanse is declaring the work of His hands” (Psalm 19:1), and more than that, as if the speak, “Day to day pours forth speech, And night to night reveals knowledge” (Psalm 19:2). [1] Although the universe doesn’t actually speak (excluding natural sounds), its existence declares God’s glory because anything that is created is never greater than that or who created it, and in this case, it is God. Since the universe appears infinitely immense, Whoever created must be even greater, and of course that is the case. Today “we understand that the universe was created by the word of God, so that what is seen was not made out of things that are visible” (Heb 11:3), but when this was written, even the author of Hebrews didn’t have a clue about the sub-atomic structure of matter. It is never tried to be explained; it simply says “he spoke, and it came to be; he commanded, and it stood firm” (Psalm 33:9), the point to all this is we too were created to tell “of the glory of God” and to be “declaring the work of His hands,” so how can we do that at work? It will be by a biblical work ethic, such as found in Ecclesiastes 9:10, Galatians 3:23-24, Ephesians 6:7 and elsewhere, and where we will look at next.
Whatever-your-hand-finds (1)

Respect over Popularity
Years ago I worked as a janitor for seven years and worked about 35 hours a week while finishing college and it was a grueling job to be sure. There was only one janitor in an aircraft parts company of 680 employees, and there were 3 shifts so the work was never really done. When I finished in one area, I’d have to begin all over again, and if you’ve ever seen a machine shop’s restrooms….well, you get the idea. While I was often on my hands and knees, scrubbing where the mop and floor scrubber wouldn’t reach, I kept remembering a Bible verse that kept me going through all this, and it was Ecclesiastes 9:10a where Solomon wrote, “Whatever your hand finds to do, do it with all your might.” I am thankful now that my “seven year itch” to quit that job was only overcome by the future hope of finishing school, but mostly from the fact that I was doing this for God and not for man. I thought, as long as I’m here, I’m going to give it all I got, even if no one ever looked behind the toilets to see that it was clean (for the time being!). I made a lot of friends, but of course there were some who looked down upon me (literally, in my case) because of what I did, but when I was finished with my school, I thought it was all more than worth it.

Glorifying God at Work
How can you glorify God when you have a really bad job, perhaps even worse than mine was? It’s not easy, I can assure you of that, but when I met my wife she said any job that is honest is deserving of respect and honor, no matter how menial the task is, and she is right. How can a toilet scrubber (as I was) glorify God in my work? Obviously, it is to do the very best I can because I am not really working for my boss, but for God. The Scriptures say, “Whatever you do, work heartily, as for the Lord and not for men, knowing that from the Lord you will receive the inheritance as your reward. You are serving the Lord Christ” (Col 3:23-24). Talk about your infinite 401K! Wow…this is a reward that won’t burn up with everything else on the day of His visitation. Work done for the glory of God passes through the fire because it was done for God and the very same thing applies for what we do for others. Jesus said “Truly, I say to you, as you did it to one of the least of these my brothers, you did it to me” (Matt 25:40). I remember a co-work friend of mine who was a Christian and he got blamed for something he didn’t do, and when I offered to stand up for him to his supervisor, he said, “No, it’s okay.” I never forgot that. That man was content in his job and with life, and even with unfair accusations. He glorified God by not seeking to get even (Rom 12:19). I can see why godliness with contentment is pleasing in God’s sight (1st Tim 6:6).

Conclusion
A mind-set of working for God and not mankind shifts your thinking and allows you to see the ultimate retirement that’s coming, but also, think about the time when we’ll be saved to sin no more. Friends, I cannot wait for that day…but I must. I have no other choice. Some will rejoice in that day, while others will mourn and for those who have rejected Jesus all of their lives, they will see “he is coming with the clouds, and every eye will see him, even those who pierced him, and all tribes of the earth will wail on account of him” (Rev 1:7). For now, I am sick and tired of being sick and tired of my sins, but that will pass away someday, along with everything else that mankind has suffered through (Rev 21:4), so try to do this; live with the ending in mind. Today, think about eternity. God has already placed that in our hearts anyway (Eccl 3:11). Where that eternity ends up being depends not on religion but upon your relationship with Christ. Daniel writes that “many of those who sleep in the dust of the earth shall awake, some to everlasting life, and some to shame and everlasting contempt. And those who are wise shall shine like the brightness of the sky above; and those who turn many to righteousness, like the stars forever and ever” (Dan 12:2-4). Today is the best day to make that choice (2nd Cor 6:2) if you have not already done so.

Psalm 73.11
And they say, How doth God know? And is there knowledge in the Most High?.
King James Version 1611, American Edition