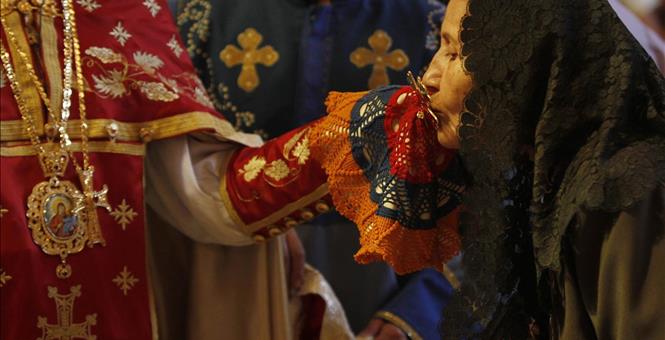 Christians faced persecution all over the world last year for living out their faith and continue to live under threat of genocide in the Middle East and North Africa.

The Knights of Columbus, an organization whose members worked tirelessly to get an official genocide declaration from the State Department last year, has launched a new fund to help sustain Christian refugees in Iraq. From a release sent out by the organization:

Following the shared concerns about Christians in the Middle East expressed by Pope Francis and President Trump at their recent meeting, the Knights of Columbus, which has been among the top financial supporters of these persecuted Christians, is urging the public to donate to its Christian Refugee Relief Fund to help avert a crisis and will be matching up to $1 million in donations.

Church leaders in Iraq are warning that, without immediate support, the country’s Christian population could be reduced to unsustainable levels.

The Knights of Columbus has donated more than $12 million for Christian refugee relief since 2014 in support of communities too often ignored by direct U.N. or U.S. government assistance. The bulk of the funding has aided Christian communities in Iraq with food, clothing, shelter, and education, and has also helped threatened or displaced communities in Syria, Jordan, Lebanon and Egypt. Other religious minority groups targeted by ISIS, including Yazidis, have also been recipients of the Knights’ aid.

“As never before in 2,000 years, the future of Christianity in Iraq now hangs in the balance, and whether it survives will depend in great measure on whether or not we are able to provide the essentials that our people need in the short term, and whether or not they receive help with reconstruction and assurances of security in the longer term,” Archbishop Bashar Warda of Erbil warns about the grave situation.

One hundred percent of donations made by July 1 will be matched by Knights of Columbus and all of the funds will be used for Christian relief in Iraq.

“A century ago, the American people helped save Christianity in the Middle East after the genocide they endured during and following World War I. Today, it falls to us to act, and to act quickly, if Christianity — and with it, pluralism — are to be saved in the Middle East. The Knights of Columbus is absolutely committed to aiding our brothers and sisters in Iraq and to ensuring that pluralism is not erased there.” He added, “We urge all who can to donate to our Christian Refugee Relief Fund as soon as possible,” Knights of Columbus CEO Carl Anderson said in statement.

Psalm 140.6
I said unto the Lord, Thou art my God: hear the voice of my supplications, O Lord..
King James Version 1611, American Edition