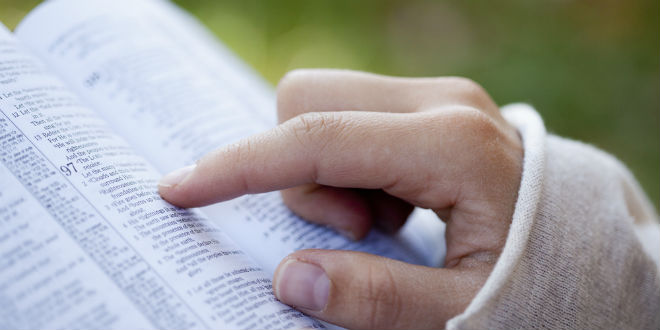 Through the power of modern technology, a brand-new opportunity is now available for Christians around the world who yearn to learn the truth of God’s Torah (the Hebrew Bible) from the Jewish perspective. From Rabbi Tuly Weisz, founder of Israel365, the Yeshiva for the Nations promises to be a truly enriching experience providing rewarding and profound insight into God’s Holy Words.

Guided by the biblical imperative that Jews are to be an “Or L’Goyim,” that the Jewish people are meant to serve as a “Light Unto the Nations”, the goal of Yeshiva for the Nations is to “help non-Jews understand Judaism, the Jewish Bible, Jewish History and Israel in deep and satisfying ways,” from the perspective of Orthodox Jews, according to the Yeshiva’s mission statement.

The Yeshiva (pronounced ye-SHEE-vah), a Hebrew word which refers to a Jewish school for religious studies, currently offers six diverse courses, ranging in subjects such as “Genesis: A Promised Land for a Promised Time”, “The State of Israel and the Redemptive Process”, and “Introduction to Judaism for Non-Jews”, among others.

“The courses will be taught at a high level, they will be substantive and at the same time, very accessible,” emphasized Rabbi Weisz.

The idea behind the Yeshiva project all began when Rabbi Tuly and Donna Jollay, co-founder of the Yeshiva, visited the home of a prominent rabbi in Jerusalem, Rabbi Mordechai Machlis, over the holiday of Sukkot (Feast of Tabernacles) in October of 2015.

Let in the Light of Torah
During their visit, Rabbi Tuly noticed a woman sitting in the sukkah and, upon speaking with her, learned that she was a Christian who came to the Machlis home out of a desire to learn Jewish Torah. Rabbi Weisz noted the raw yearning he felt radiating from this woman at her sincerity to soak up Jewish knowledge, yet there was no established institution where she could learn genuine Torah from Jews.

It was then that Rabbi Weisz and Jollay decided they would be the ones to step up and fulfill the desire of so many non-Jews like the one he met in the Machlis sukkah, and provide an authentic Jewish education to non-Jewish students.

Not only does the Yeshiva seek to satisfy the need of so many who are hungry to learn Torah from the Jewish perspective, but the very essence of the institution and its stated purpose is very clearly prophetic fulfillment:

And it shall come to pass in the end of days, that the mountain of Hashem’s house shall be established as the top of the mountains, and shall be exalted above the hills; and all nations shall flow unto it. And many peoples shall go and say: ‘Come ye, and let us go up to the mountain of Hashem, to the house of the God of Yaakov; and He will teach us of His ways, and we will walk in His paths.’ For out of Tzion shall go forth the law, and the word of Hashem from Yerushalayim. (Isaiah 2:2-3)

It is these “nations” that are the intended audience of the Yeshiva, who, through the power of the internet, have the opportunity to truly access the “word of Hashem from Jerusalem” in ways they never have before.

Currently, the learning is formatted through a series of pre-recorded videos that the student can access at any time at their own leisure. After signing up for the course of choice, the student receives an online workbook to guide them throughout the education process, making the learning both enjoyable and deeply relevant.

Psalm 51.11
Cast me not away from thy presence; and take not thy Holy Spirit from me..
King James Version 1611, American Edition