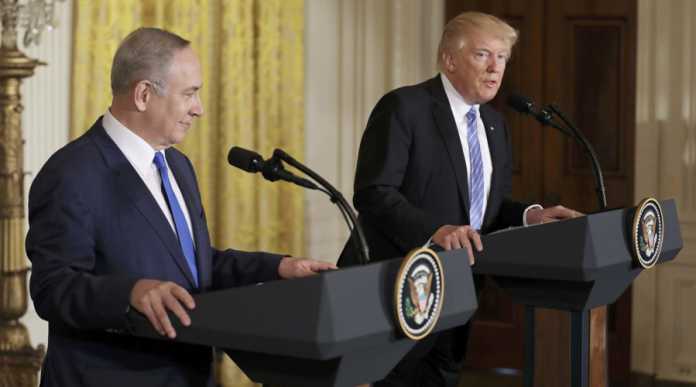 President Donald Trump’s first international trip included meetings with global Catholic, Muslim and Jewish leaders, but American evangelicals paid special attention to his trip to Israel this week. Many saw the trip as repairing a relationship — which they consider damaged by President Barack Obama — between the United States and an important ally in the Middle East.

Many evangelicals point to Israeli affairs as their most important foreign policy concern since it has important religious symbolism for Christians and Jews. They consider Israel to be a holy land, one where many take pilgrimages to see the place of Jesus’ birth and burial.

During his two-day visit to Israel, Trump made stops that many U.S. presidents typically take, including a visit to Israel’s national Holocaust memorial Yad Vashem, the Church of the Holy Sepulchre and Bethlehem with Palestinian Authority President Mahmoud Abbas. Trump also became the first sitting president to visit the Western Wall. (Obama did so during his 2008 presidential campaign.)

“America’s security partnership with Israel is stronger than ever,” Trump said Tuesday. “Under my administration, you see the difference.”

Several evangelical leaders saw Trump’s actions in the Middle East as a direct response to Obama, whom they viewed as a weaker friend to Israel. Obama went to Egypt for his first trip, and it took him until 2013 to visit Israel as president. Many evangelical leaders also joined with Israeli officials in condemning Obama’s 2015 nuclear deal with Iran.

“By his actions in the Middle East, President Trump has made it clear he has no intention of giving a single inch to any of those who would oppose Israel’s absolute right to sovereignty,” James Dobson, who founded Focus on the Family, wrote in a statement.

Some evangelical leaders, however, were disappointed the president hasn’t fulfilled his campaign promise to move the U.S. Embassy from Tel Aviv to Jerusalem, which is disputed territory between Israeli and Palestinian leaders. Last week, 60 evangelical leaders wrote a letter to Trump asking him to make the move, and several leaders held a news conference on the issue in Washington on Tuesday.

“Many of our constituents cast their vote for you due to this commitment,” they wrote in the letter.

Moving the embassy, evangelicals feel, would affirm the United States recognizes Jerusalem as the capital of Israel. The United States has cited “security concerns,” arguing an embassy move would incite the Palestinians in the West Bank.

“The president needs to move on with this,” said Jerry A. Johnson, president of National Religious Broadcasters. “I think he may still do it.”

Some evangelicals viewed Trump’s visit to Israel like they viewed his executive order on religious freedom he made this month, something they saw as a nice gesture but not fully what they had hoped.

Many evangelicals may have wanted the president to do something more dramatic like announce an embassy move, said Todd Deatherage, who founded the Telos Group, which takes evangelicals on trips to the Middle East. But for those who voted for Trump, Deatherage said, he gave them enough to make them feel like this is what a presidential visit to the Middle East should look like.

“They have demonstrated a real willingness to give him a lot of latitude, especially as he is under fire in the media,” Deatherage said. “The more he is criticized at home, the more people will rally around him.”

Evangelicals, who make up about a quarter of the electorate, are an important part of the Republican Party and Trump’s base. Since early September 2001, the share of white evangelical Republicans who sympathize more with Israelis than with Palestinians has jumped from 59 percent to 85 percent, according to the Pew Research Center.

Some evangelicals have been influenced by dispensationalism, a theology that promotes a literal reading of biblical prophecy. Some believe Israelis’ return to the Holy Lands is a requirement for the Second Coming of Jesus. While some evangelicals subscribe to Christian Zionism, others support the modern state of Israel as a place for Jews to live safely.

Trump’s trip, which was about building a coalition against terrorism, was a brilliant branding move, said Stephen Spector, author of “Evangelicals and Israel: The Story of American Christian Zionism.”

“That feeds into the narrative among Christian Zionists and evangelicals that there’s a sense that we’re under attack,” he said. “This fits into Trump’s symbolic narrative of ‘I am strong. I will protect you.’ ”

“My guess is that the average evangelical that watched Trump in Israel got what they wanted,” said Luke Moon, deputy director of the Philos Project, which takes Christians on trips to the Middle East. “There’s still the sense that ‘Man, we dodged a bullet with Hillary [Clinton].’ ”