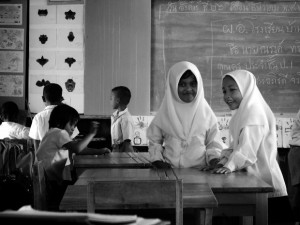 Six parents and two non-profit organizations have filed a lawsuit against the San Diego Unified School District to challenge the implementation of a new “initiative to combat Islamophobia” in schools.

“Students of all faiths face daily bullying, but instead of protecting all religious students, the school district has selected Muslim students to receive special protection and resources,” Frank Xu, president of San Diego Asian Americans for Equality, one of the plaintiffs in the case, told reporters.

According to reports, the district voted 4-0 in April to implement a program/policy to address the bullying of Muslim students in schools. It worked with the Council on American-Islamic Relations (CAIR) to obtain input on the various concerns and solutions to the problem.

Plans include ensuring Muslim holidays are marked on calendars, reviewing books in school libraries that center on Islamic culture, providing training and materials for staff, creating “safe spaces” for Muslim students, and adding to current lessons about Islam to social studies classes.

After word of the initiative startled some on social media and conservative outlets, the district created a page on its website to defend its plans and bring clarification to the concerns.

“This initiative to combat Islamophobia is focused on promoting awareness and understanding among students of different cultures, with the intent of eliminating the fear faced by children,” it wrote.

“The district takes seriously the bullying of any student, and we have programs and procedures already in place to address bullying. The reason we are calling particular attention to the bullying of Muslim students at this time is that we have received reports from students and families who have expressed concerns about the safety of their students,” the district said.

It asserted that it was not promoting Islam and that it does not teach or endorse any particular religion.

However, on May 22, the Freedom of Conscience Defense Fund filed a legal challenge against the initiative on behalf of the groups Citizens for Quality Education and Asian Americans for Equality, as well as six parents in the district. It asserted that instead of enacting a program to target bullying in general—no matter what the reason—the school has elevated Islam by singling it out for the effort.

“Defendants have specifically targeted religion for disparate treatment and have established policies, practices, and acts that permit Muslim students to gain special access to Defendants’ religion-based anti-bullying / anti-discrimination forum, while denying non-Muslim students access to the same forum,” it wrote.

The Plaintiffs also contend that working with CAIR constitutes an impermissible government entanglement with religion.

“Plaintiffs do not wish for their children, as non-Muslims, to be accused of bias and bullying by the School District and CAIR if they express viewpoints or beliefs that may conflict with the School District’s and/or CAIR’s arbitrary, de facto interpretations of ‘bias’ and ‘bullying,’” the suit further outlines.

While the district has declined to comment on pending litigation, Board President Richard Barrera defended the plan in an op-ed for the San Diego Union-Tribune entitled “In taking stand against hate, San Diego Unified exemplifies civility.”

“To provide all our students with the opportunities they deserve, San Diego Unified will continue its work to protect all our students from bullying. The volume of hate mail and mean-spirited online posts is proof this work is both necessary and right. If adults in our community feel comfortable attacking public employees for trying to protect children, just imagine what those children must be facing from their own peers,” Barrera asserted.

When Americans think about a specific religion, here are some of the first people who come to mind

Psalm 55.7
Lo, then would I wander far off, and remain in the wilderness. Selah..
King James Version 1611, American Edition