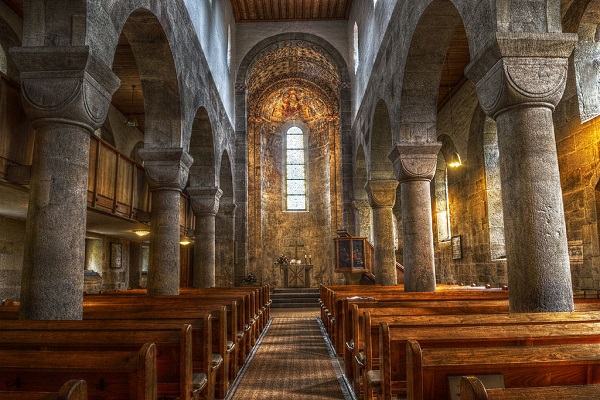 The ‘secularization thesis’ as propounded by sociologists suggests religion loses its stranglehold over society as the latter becomes increasingly modern.

Data collected from modern countries tend to bolster this thesis. About 40 percent of students during the 1970s attended Sunday school in England.

In 2017, it is only 10%. The identity of “no religious affiliation” was made by only five percent of the U.S. population in 1972. In 2016, 1 out of 4 claimed to be unaffiliated. Religion in Europe vs. the U.S.: The Relationship between Education and Religiousness

The concept is not new, with Thomas Jefferson, circa 1822, predicting that Unitarianism would be the majority religion all over. According to a study conducted by Pew Research Center on the relationship between education and religiosity in America, the secularization thesis is supported at first glance. College graduates are more likely to claim that religion plays a minor role in their lives and they do not pray regularly. There is a high probability that people with a degree identify themselves as agnostics and atheists.

Research conducted during the last couple of years, however, has led to the realization that religion could be more durable compared earlier thoughts. While Europe has seen a rise in secularism, it has been less pronounced within the United States. Although the number of Americans with no religious affiliation has increased, over 70 percent continue to identify themselves as Christian. It can be safely surmised that secularization and modernization are related in complex ways. A closer reading of the Pew research data gives a better but complex picture. It is found that Christian adherents with higher educational attainments are more religious than people with less education.

This is specifically noticeable in mainline Protestants where college graduates are more likely to regularly attend church compared to non-college fellows. Independent of their educational attainments, these kinds of Christians find meaning in the church experience. Philip Schwadel of the University of Nebraska, along with his research colleagues, claim that considerable differences exist when it comes to secularization between Europe and the United States.

In Europe, organized religion has long been connected with governments and thus antagonism towards the government means loathing towards the church. Government support when it comes to religion in a number of European nations has weakened those church communities.

The U.S. by contrast, pushes religious leaders to cajole money and other benefits from the population. They must get an increasing number of congregants if they want to survive.

Betsy DeVos after 3 years: What Hispanic evangelicals have to say

Cat owners are less likely to go to church – study

Chinese Panel: Religious Texts Must Be Re-Interpreted to ‘Keep Pace with the Times’

Psalm 37.40
And the Lord shall help them, and deliver them: he shall deliver them from the wicked, and save them, because they trust in him..
King James Version 1611, American Edition

Christians are being captured and killed across the globe: ‘World Watch...