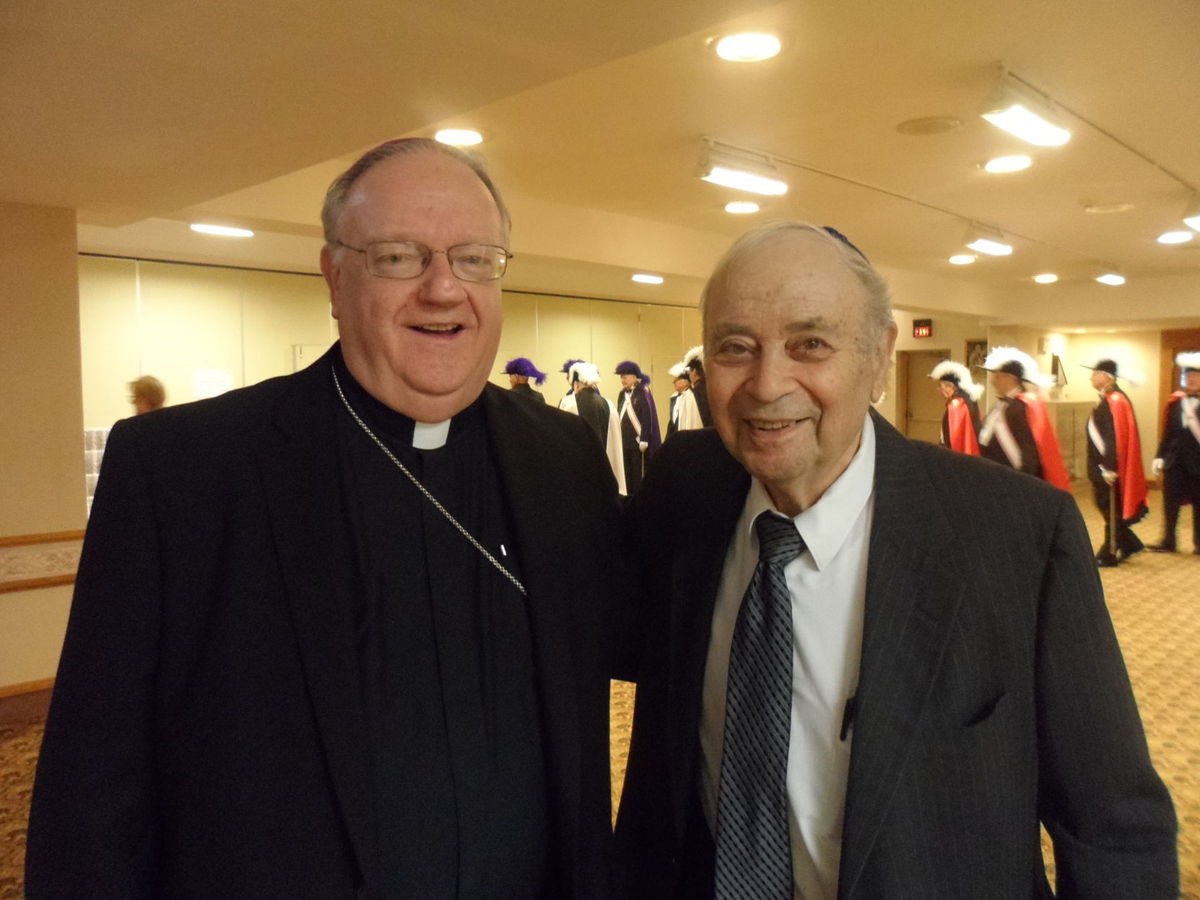 Rev. Dennis J. Sullivan, bishop of the Catholic Church’s Diocese of Camden, was honored Thursday at Beth El Synagogue for his interfaith work.

“This occasion of the Jewish community honoring a Roman Catholic bishop would have been unimaginable 50 years ago, before the document Nostra Aetate was published, and points to the quantum leap in establishing good and warm relations between the Jewish and Catholic faithful,” Sullivan said in a statement.

The history of the award goes back to the 1980s, when the Rev. Thom Schiavo was assigned to the former Blessed Sacrament Parish in Margate.

During Schiavo’s time there, he became friends with Rabbi Aaron Krauss, of Beth El. Their friendship lasted until Schiavo died in 1984 at age 37.

Krauss instituted an annual Father Schiavo Interfaith Service, where people from South Jersey are recognized for their contributions to interfaith cooperation and community service.

Since coming to the Diocese of Camden in February 2013, Sullivan has had numerous opportunities to join with South Jersey’s Jewish community.

“I have spoken in several synagogues, participated in a symposium that brought rabbis and priests together for a scholarly presentation on the Second Vatican Council document that initiated our church’s outreach to the Jewish community, Nostra Aetate, on its 50th anniversary,” Sullivan said.

Attendees and speakers included Atlantic City Councilman Kaleem Shabazz, who is Muslim and chairman of the Bridge of Faith organization, which selects the honoree; state Sen. Jim Whelan, D-Atlantic; and Rev. Collins A. Days, pastor of Second Baptist Church in Atlantic City.

Krauss acted as master of ceremonies, introducing each speaker.

“We are glad to have the bishop with us, and we feel deeply grateful for all his wonderful outreach activities. He’s a wonderful person, and we’re grateful to God to have him,” Krauss said.

Psalm 18.39
For thou hast girded me with strength unto the battle: thou hast subdued under me those that rose up against me..
King James Version 1611, American Edition