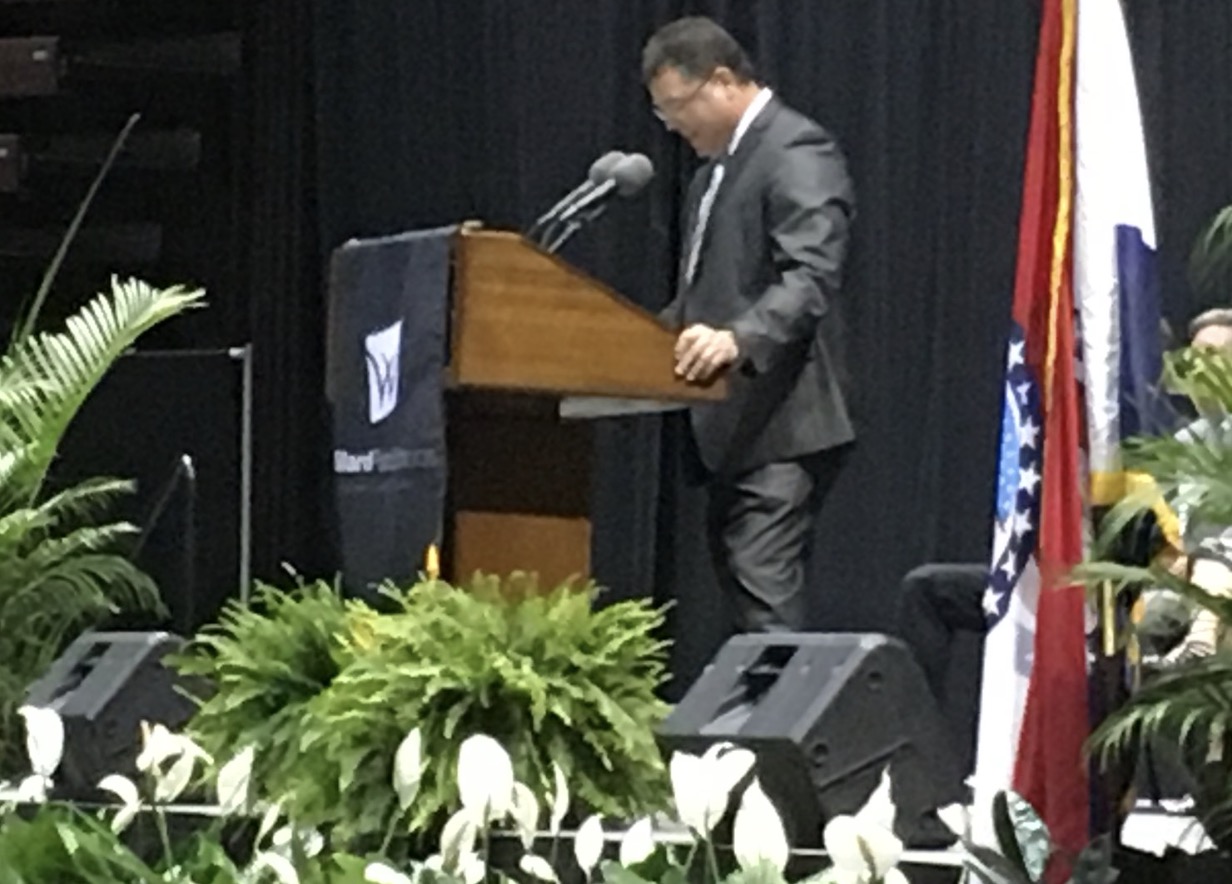 A Missouri school district has decided to punish its superintendent for praying during a recent high school graduation ceremony.

Superintendent Kent Medlin of the Willard School District in Willard, Missouri, will be suspended for the next month before his previously planned retirement after students complained over a his statements at Willard High School’s commencement.

The decision to officially place Medlin on a paid leave of absence came on May 26 when the school board met to discuss the matter, concluding that the best remedy would be to keep the superintendent on leave until his contract expires on June 30.
“[This] action was based upon the board’s belief that Dr. Medlin’s High School Commencement speech violated Board of Education policies regarding prayer at school sponsored events,” a statement from the school board read.

An interim superintendent — Assistant Superintendent Dr. Stewart Pratt — will fill Medlin’s role until the new superintendent, Dr. Matt Teeter, who was hired months ago, takes his position on July 1.

The move is “largely symbolic,” according to the Springfield News-Leader, as Medlin had announced plans to retire a few months back. He has held his position in the district for the past 14 years.

As Faithwire previously reported, a group of Willard High School graduates demanded an apology last month, claiming that Medlin invoked prayer, the Bible and his “savior” during his commencement. At least four students reached out to the media and threatened to file a complaint with the American Civil Liberties Union.

“I came there to graduate, not go to church,” senior Preston Schaeffer told the News-Leader. “It kind of ruined the rest of my night.”

Ashlynn Bradley, another senior, said that Medlin invited students to his office to talk about God, calling his remarks “inappropriate.”

She also said that he “asked students to stand up and pray as a Christian, quoting the Bible numerous times throughout.” Others echoed this sentiment, with senior Joseph Amundson saying he’s hopeful this same thing is “never repeated again.”
Medlin told the News-Leader last month that he did offer a blessing for the students, but that he did not mean to upset anyone and that he wanted to apologize to any person who was frustrated by his comments.

“If my behavior was offensive to anyone then I am truly sorry,” he said. “I in no way wanted to offend anybody. That was not my intention.”

Medlin said his speech used the acronym GUTS, which stood for grit, understanding, teamwork and savior. It was the latter element — the “s” — that was apparently seen as crossing a line by some.