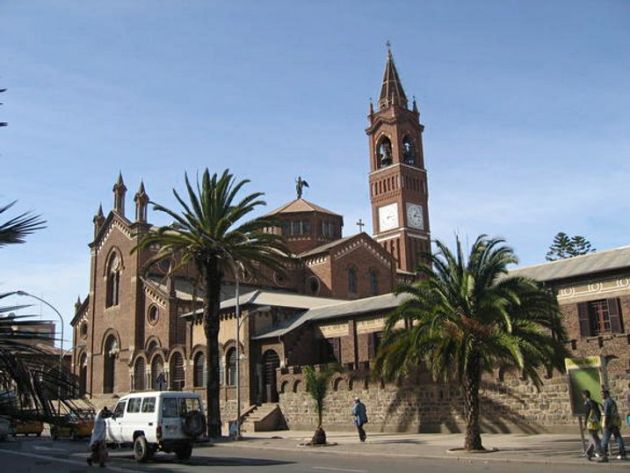 Nearly two dozen Christians were reportedly arrested in Eritrea as part of a nationwide crackdown on denominations that are not officially recognized by the government.

According to World Watch Monitor, over 90 people have been arrested in late May and a further 22 arrests have been confirmed at the end of that month and the beginning of June. Seventeen of those were arrested in the Godaif neighbourhood of the capital, Asmara, on May 28, while the remaining five were taken from their homes in Dongolo on June 6.

The advocacy group Christian Solidarity Worldwide (CSW) is now calling on the Human Rights Council (HRC) for support, as the number or Eritrean Christians arrested since May has now risen to 122.

In 2002, the Eritrean government passed a law banning religious practice outside of the Catholic, Evangelical Lutheran and Orthodox Christian denominations or Sunni Islam. However, officially recognized churches have also reported persecution from the government.

“These arrests signify a renewed intensity in the crackdown that has been ongoing since 2002, and are a clear indication that the severe repression of freedom of religion or belief continues unabated in Eritrea,” said CSW’s Chief Executive Mervyn Thomas.

Sheila B. Keetharuth, the United Nations (UN) Special Rapporteur on Eritrea, has spoken to the HRC about the arrests in Ghindae, where 15 Christians were reportedly detained, and in Adi Quala, where 54 Christians were taken from their homes. She also spoke about the ongoing detention of Patriarch Antonios of the Eritrean Orthodox Church.

Keetharuth has produced a new report calling for the immediate and unconditional release of “all those unlawfully and arbitrarily detained,” including journalists and members of religious groups.

CSW has reported that at least 28 Christians have died during their incarceration or shortly after their release because of the harsh treatment they faced while they were imprisoned. Some Christians were reportedly held in metal shipping containers, where they faced extreme heat during the day, freezing temperatures at night, and a lack of oxygen, hygiene and privacy.

“In view of the continuing violations and lack of cooperation, we call on the HRC to support the renewal of the Special Rapporteur’s mandate, and also to urge the international community to ensure that perpetrators of crimes against humanity are held accountable, including through universal jurisdiction, whenever this is appropriate,” Thomas stated.

Eritrea has been ranked in the 2017 Open Doors World Watch List as the tenth most difficult country to profess and practice the Christian faith.

Psalm 146.8
the Lord openeth the eyes of the blind: the Lord raiseth them that are bowed down: the Lord loveth the righteous.
King James Version 1611, American Edition