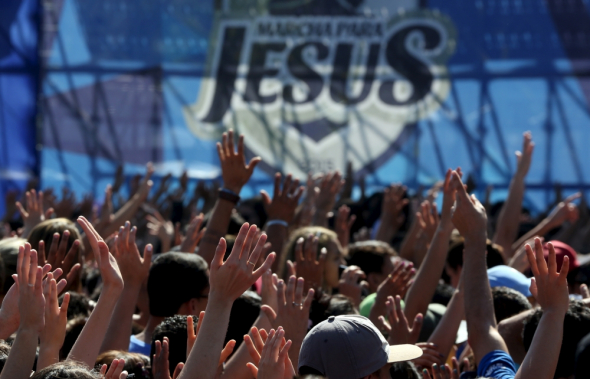 Reformed theologian John Piper tackled a question from a reader asking why Jesus has not yet returned despite promises made some 2,000 years ago in the Bible. Piper insisted that Christ is not a false prophet.

“How can we still consider them authoritative while discarding modern-day messengers whose prophecies don’t materialize?” he asked, wondering how to explain why Jesus has not yet returned to His children.

Piper responded on Wednesday by stating that the issue has “several layers,” and needs careful and patient attention.

“It’s fairly easy to comb through the New Testament superficially and gather a lot of texts together that seem to indicate a false teaching about how quickly the second coming of Jesus would happen,” the theologian pointed out.

“But if you take each one, each text or each group of texts carefully, patiently, and study it out with the help of those who have perhaps given more thought to it, what I have found is that there are explanations of how to understand those texts that do not impute error or false prophecy to what Jesus or the apostles taught,” he added.

Piper then advised the listener to “read carefully” and look at foreshadowing in the biblical passages in question.

In regard specifically to the question of what “coming soon” means, Piper highlighted:

“Now, that Greek word tachu, ‘soon,’ does not always or necessarily mean what we ordinarily mean by the word ‘soon,’ that is, after a short space of time. Rather, it regularly means quickly, suddenly, unexpectedly, fast.”

“Here’s an example: Matthew 24:33, ‘So also, when you see all these things, you know that he is near, at the very gates.’ Next verse, and this is the problem verse for a lot of people: ‘Truly, I say to you, this generation will not pass away until all these things take place’ (Matthew 24:34).

He further argued that the time of Jesus’ return remains unknown.

“My main suggestion for Ron is that he be very slow to assume that the apostles and Jesus himself show themselves to be false prophets because of a quick and superficial reading of the New Testament,” Piper stated.

“Be patient and be careful. There are answers to these seemingly problem texts.”

Several big-name theologians, such as the Rev. Billy Graham, have in the past spoken about the prophetic return of Christ.

Graham said in September 2016 that the Second Coming will be made apparent to people throughout the world when the time is right.

“When Jesus returns, He will come from Heaven with power and glory, and the whole human race will see Him,” Graham wrote at the time.

His son, the Rev. Franklin Graham, suggested in February last year that the growing wars and conflicts around the world could be a sign that Jesus is coming.

“One day He is going to wipe the slate clean and ‘create new heavens and a new earth: and the former shall not be remembered, nor come into mind,’ (Isaiah 65:17). For those who have trusted His Son Jesus Christ by faith, there is an eternal future with Him to look forward to,” Franklin Graham suggested at the time.