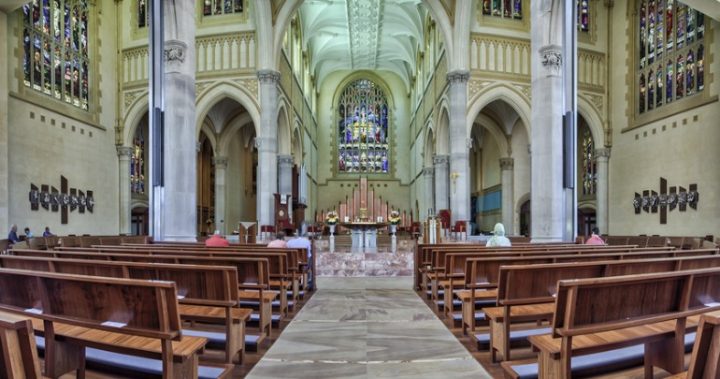 Is Australia losing its Christian values, as well as its religious identity?

While Christianity is still the most common collective religious belief in Australia, of it might surprise you to know it only accounts for 52 percent of the population.

So what comes in next? Nothing.

According to the latest national Census data, released today from 2016 data, 3o per cent of Australians said they have no religion at all.

It’s possibly a surprise result after a growing campaign for Aussies not to mark no religion in fear it would suggest we were turning into a ‘Muslim’ country.

It’s a big change since the ’60s. In the 1966 Census, Christianity was 88 percent and less than one percent said they had no religion at all.

Even going back to 1991 there were still 74 percent who said they were Christian.

So what religions do Australian’s believe in these days?

Breaking up the different religious beliefs, almost 23 percent are Catholic, just over 13 percent are Anglican and not quite three percent said Islam was their religion.

Pentecostal, Baptist and Hinduism are between one and two percent.

A number of religions make up less than one percent of the population each, including Lutheran, Judaism, Jehovah’s Witnesses and Seventh-day Adventist.

When you look at the numbers according to age, there is a slight variation on the figures.

For the over 65s over 70 percent still call themselves Christian while over 16 percent said no religion.

Do you think this means big changes in society in Australia?

Meet the doctor bridging faith and science to get fellow Christians

Psalm 14.3
They are all gone aside, they are all together become filthy: there is none that doeth good, no, not one..
King James Version 1611, American Edition