Home Sin categoría What Christians Worry About Most 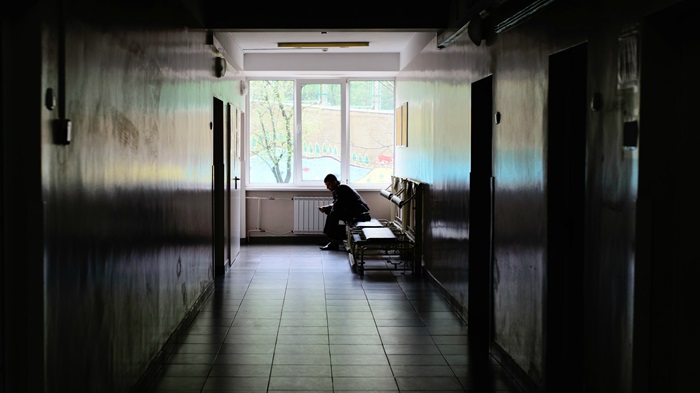 resident Donald Trump might do better to focus on fixing health care instead of tackling terrorism.

The white evangelicals who largely voted for him are more worried about their health than about terrorism or gun violence, according to a recent study by the Pew Research Center.

The questions about worries were broken out for CT by Pew as part of its in-depth study on firearms, which includes who loves God and guns. (Though two-thirds of black Protestants identify as evangelicals, Pew could not break them out on many questions due to small sample size.)

White evangelicals are more concerned about health than any of the other six problems posed by Pew, including not being able to pay bills, losing a job, having their home invaded, or being the victim of a violent crime. But they still aren’t as worried about a health crisis as other major religious groups, including Catholics (90%), black Protestants (88%), white mainline Protestants (86%), and the religiously unaffiliated or “nones” (84%).

Americans who attend religious services weekly are just as worried (76%) about their health, while those who attend less often are even more concerned (86%). Americans with low levels of religious commitment—measured by weekly church attendance, daily prayer, saying religion is very important in their lives, and believing in God with absolute certainty—are more likely to worry about their health (85%) than those with high levels of religious commitment (77%). White evangelicals are almost as worried about having their home broken into (72%) as about their health, though fewer are very worried (17% vs. 26%). About three-quarters of other religious groups are also worried, though they vary in their levels of concern. Catholics are the most likely to be very worried (27%) about a home invasion, followed by 20 percent of all Americans, 14 percent of white mainliners, and 11 percent of nones.

Attending religious services doesn’t appear to have an effect on this concern. About 3 out of 4 Americans who worship weekly (71%) or less than weekly (74%) worry about a home invasion, with 20 percent in both groups worrying about it a lot. The highly religious are more likely to worry a lot (21%) compared to the less religious (13%).

Still, white evangelicals are again the least worried of any religious group about paying bills. Catholics (78%), nones (77%), Americans at large (75%), and white mainliners (70%) all worry more about finances.

But while Catholics—who are the most worried about five of the seven scenarios—are more worried about being attacked by terrorists (70%) than white evangelicals (66%), white mainliners are slightly less worried about it (63%). Nones are by far the least worried (42%) about terrorist attacks, significantly less than the average American (59%). A mass shooting is everyone’s least worry (except for Catholics, who worry even less about losing their jobs). Just 38 percent of white evangelicals are concerned that they’d get caught in a mass shooting; only 5 percent worry about it a lot.

White mainliners are also fairly unconcerned (36% worry, 3% a lot). Although the unaffiliated overall worry at a similar rate (41%), far more worry a lot (12%). And Catholics are almost twice as likely as white evangelicals or mainliners to be concerned (64% worry, 15% a lot).

Rligion: Am I still a Christian?

Psalm 94.15
But judgment shall return unto righteousness: and all the upright in heart shall follow it..
King James Version 1611, American Edition