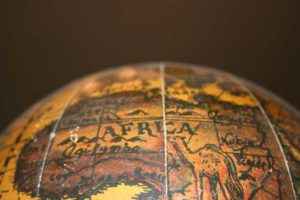 WWM said food was delivered to at least 75,000 people in some of the most isolated camps in early July, citing reports from humanitarian relief organization Open Doors.

Among some five million internally displaced persons (IDPs) at risk of starving to death in Adamawa, Borno and Yobe states, WWM said, the most vulnerable are Christians who had been discriminated against in food distributions in favor of Muslims.

An IDP identified only as Rhoda, whose father was killed by Boko Haram terrorists, was among three persons Open Doors quoted as having been denied food aid because of her Christianity.

“Some help organizations used to bring help,” Rhoda said on an Open Doors video interview, “but Christian brothers didn’t used to get it.”

Bishop William Naga, chairman of the Christian Association of Nigeria in Borno State, told Open Doors the discrimination began when control of refugee camps was entrusted to organizations outside the government.

“The governor (Kashim Shettima) did his best when the Christians had to flee their places in 2014 and 2015,” Naga said in a June Open Doors report. “But when the care of the camps was handed over to other organizations, the discrimination started.”

Twenty-one month old Ali Abbas holds onto his mother’s pregnant belly in March at a government health and malnutrition clinic in Old Maiduguri, Borno state in northeastern Nigeria. The family is internally displaced from Damboa, Borno by Boko Haram violence.
Photo by UNICEF/Gilbertson

In an April interview with the Nigerian newspaper The Nation, Naga said Shettima’s office directed the Borno State Emergency Management Agency (SEMA) to give food supplies directly to Christians in camps in Maiduguri.

Donated food is sometimes stolen and diverted from those in need. In May, the high court in Maiduguri convicted two food distribution leaders of stealing and selling 180 bags of rice intended for IDPs, the BBC reported. Umar Ibrahim, Mafa supervisory councilor for agriculture, and Bulama Ali Zangebe, a camp feeding committee member, were each sentenced to two years in prison and fined 1 million naira, about $3,200. The Danish Refugee Council had donated the food to IDPs in Mafa, an area of Borno.

There have been multiple reports of public officials stealing food intended for IDPs, but the two men were the first penalized in court, Newsweek reported May 5.

Boko Haram has killed between 20,000 and 25,000 people since 2009, according to official estimates, and has displaced millions of others, creating a multifaceted humanitarian crisis in the region that has been termed the gravest in the world. Boko Haram attacks have prevented relief agencies from accessing the worst-affected areas.

Despite Nigerian military successes against Boko Haram, the terrorists continue to attack villages in the region. As recently as July 2, suspected Boko Haram terrorists attacked a village in neighboring Niger, killing at least nine and kidnapping about 40 people, mostly women and children, The Atlantic reported July 3. The attackers arrived late July 2 on camels and horses, and began firing in all directions, eyewitnesses told the Associated Press.

A multinational military force recaptured cities in 2016 that Boko Haram had seized, but many IDPs are not able to return home and resume their livelihoods.

“Only the bigger towns are fully under the control of the Nigerian army,” Naga told Open Doors. “The outskirts of these towns and villages in the state are not safe. Boko Haram is still in control of big parts of the Borno state. We cannot go back there now.”

Displaced Christians are traumatized and many have lost hope, Naga said.

“In the Gwoza area there (of Borno) is no single church standing,” he said. “In the eastern part of Gwoza Christians were a majority. And even inside Gwoza town and in its surroundings there were many Christians. Now there are no Christians left in that area.”

At the Oslo Humanitarian Conference on Nigeria and the Lake Chad Region in February, donors pledged $670 million to help an estimated 17 million people facing food shortages in Nigeria, Niger, Cameroon and Chad, the United Nations reported.

In February, mainly as a result of Boko Haram violence, the UN estimated about 10.7 million people needed immediate humanitarian assistance in the region, including 8.5 million in northeastern Nigeria alone.

Psalm 78.58
For they provoked him to anger with their high places, and moved him to jealousy with their graven images..
King James Version 1611, American Edition