Atheists are kinder in their treatment of Christians than Christians are to atheists when both groups know the others religious affinity, a new study has found.

Experts believe atheists may be kinder to counter preconceptions their Christian counterparts may have that they are immoral.

Atheists are kinder to Christians than Christians are to atheists when both groups know the others religious affinity, a new study has found. Researchers used a behavioural economics technique, the Dictator Game, to test how fairly individuals treat others

Researchers at Ohio University were hoping to study prosocial behaviour and in-group bias, that is the tendency members of groups have to look after each other.

They asked participants to share monetary rewards with partners in a version of the Dictator Game, where one participant is given money and must offer an amount to a second person, even if that is telling them they will receive nothing.

Experts found that when atheists were told of the second person’s religious beliefs, they behaved the same with both atheists and Christians.

Study lead author and PHD student Colleen Cowgill told Psypost: ‘We know that the general population in America tends to stereotype atheists as being immoral and untrustworthy, a reputation that many atheists understandably find distressing.

‘My primary interest was in how atheists themselves respond to these negative stereotypes.

‘We often see that negative stereotypes about a group can lead members of that group to behave in compensatory ways that ostensibly seek to disconfirm that stereotype.

The Dictator Game is an economic game that is designed to question the standard economic assumption that individuals will act solely out of self-interest.

It typically consists of two individuals, one of whom is given a quantity of money. 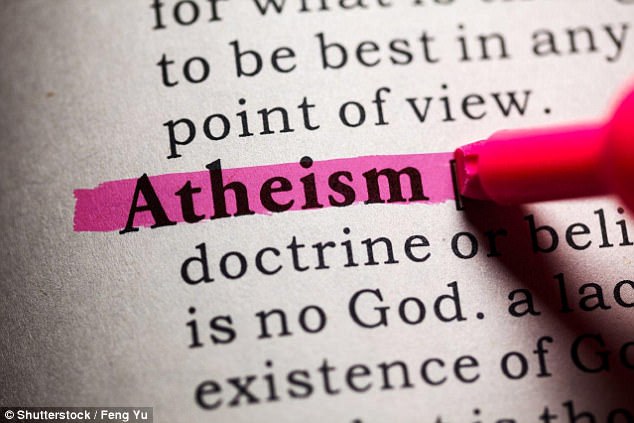 Experts believe atheists may be kinder to counter preconceptions their Christian counterparts may have that they are immoral. The effect of atheistic altruism was not found when participants were told their partners would not know about their lack of belief

The second individual is given nothing.

The participant given the money, known in the experiment as ‘the dictator’, is told that he must offer some amount of that money to the second participant, even if that amount is zero.

Whatever amount the dictator offers to the second participant must be accepted.

The second participant, should he find the amount unsatisfactory, cannot then punish the dictator in any way.

Ms Cowgill speculates that this effect may be due to atheists wishing not to live up to their stereotype among Americans.

The effect of atheistic altruism was not found when participants were told their partners would not know about their lack of belief.

The racial silence of white churches

Psalm 136.15
but overthrew Pharaoh and his host in the Red sea: for his mercy endureth for ever..
King James Version 1611, American Edition