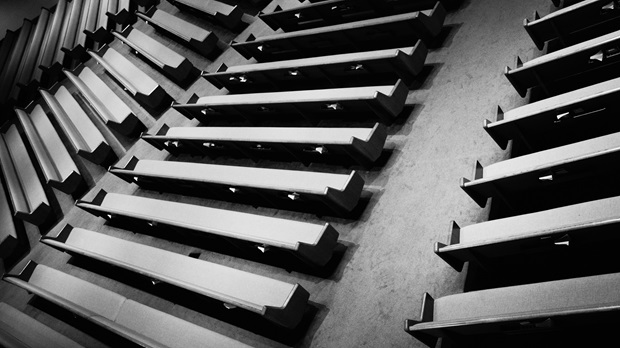 Five hundred years on, some observers are wondering whether the nail Luther used to post his 95 Theses on the Wittenberg door was a harbinger of a final nail in the coffin of Protestantism. In light of the many divisions in the church in the wake of the Reformation, do we truly have cause to celebrate? Should we mourn? Should we shrug off our divisions as the price to pay for truth?

This anniversary year gives us the opportunity to honor the legacy of the Reformation. We do so best not by whitewashing its imperfections but by retrieving its unitive spirit—in particular, the Reformers’ original vision for catholic unity under biblical authority.

Jerry Walls, professor of philosophy at Houston Baptist University, had something like this in mind when, in January, he sent an email to me and others who were using terms like “mere Protestant Christianity” and “Reformed catholicity.” Walls and Ken Collins had just written Roman but Not Catholic, arguing Protestants are catholic too by virtue of identifying with the one true church down through the centuries, as well as with its great tradition.

Evangelicals yearning for the ancient catholic faith need not cross the Tiber. Indeed, Roman-centricity falls short of true catholicity in suggesting that Protestant churches are defective, despite the Reformers’ affirmation of creedal Christianity. Protestant catholicity is bounded only by the supreme authority of Scripture: hence not Roman, but Reforming catholicity.

A Protestant is first and foremost “one who publicly professes” (from the Latin pro and testare). The solas are shouts of praise as well as protest. What protests the Reformers made served the positive purpose of bearing witness to the truth of the gospel they had recovered in Scripture. Instead of reforming the one true catholic church, however, Protestants soon found themselves cut off from Rome. What they protested was not catholicity but Rome’s undue narrowing of the notion. Indeed, the historian Philip Schaff declared the Reformation to be the “greatest act” of the catholic church.

To prove it, we have drawn up a confession that celebrates the Reformation by returning to its agenda of pursuing a biblical catholicity. We hope to prove the critics wrong by showing that, despite our differences, Protestants in fact agree on a sizeable body of substantial doctrinal claims.

We do so out of a conviction that Jesus is calling his church today to be both Protestant and catholic. Protestant principle belongs with catholic substance. That is, justification by grace through faith according to the supremely authoritative Scriptures belongs with the creedal heritage of the early and medieval churches.

I knew Walls only by reputation, as the author of a book whose subtitle, “The heart of what is wrong with Calvinism,” hit my Reformed funny bone. After a few emails, he asked me to serve as co-chair of a drafting committee and, eventually, to write the rough draft. His reaching across the aisle was a welcome and impressive gesture of theological bipartisanship. Fittingly enough, the catholic unity to which we both wanted to bear witness began despite our initial theological differences.

We started with nothing. We had no institutional backing, no obvious constituency, and no budget. We could not call a church council, but we assembled a drafting committee of Protestant theologians representing a variety of confessional traditions, including Baptist, Free Church, Methodist, Lutheran, Presbyterian, Anglican, and Pentecostal.

Psalm 69.22
Let their table become a snare before them: and that which should have been for their welfare, let it become a trap..
King James Version 1611, American Edition