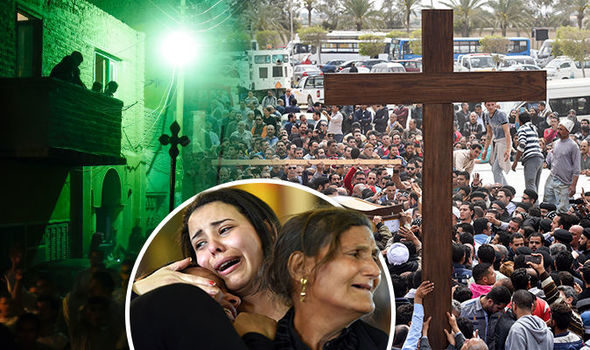 More than 1,000 people gathered outside a recently-renovated Coptic church in Mina, Egypt, to intimidate and threaten those inside.

Police were called on October 26 and the doors of the Saint George Church, as well as the on-site children’s nursery, was bolted shut for defence.Despite the aggression of the crowd, it was the Copts who were held responsible for the incident.

The heads of the Coptic congregation in the area were forced into attending a peace meeting, which aimed to stop the conflict between the group and the local Muslim community.

A source close to the church said: “Copts had to agree to the reconciliation that will be held this evening in the village hall. A written agreement was presented that indicated a framework of friendliness, love and brotherhood.

“A reconciliation and waiver of all records between the two sides must be signed, including a ‘non-provoke crisis’ clause.”

ts are regularly attacked or intimidated

The “non-provoke clause” is particularly controversial, with critics saying it backs up attempts to close down the Coptic churches by sinister means.In the week leading up to the church re-opening, flyers were posted across the area with taunting messages apparently written by Coptic leaders.

One said: “We re-opened the church against your will!”

However local Coptic leaders say the messages were written by Muslims in an attempt to stir up anger at their church. 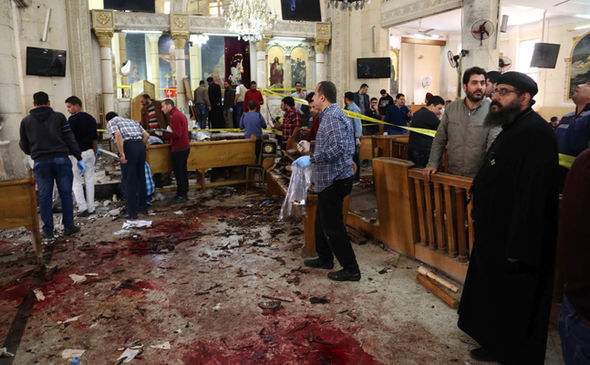 A Coptic church in Egypt following a deadly bomb attack

Churches are closed, the Coptic Christians are being attacked

It is just the latest in a long list of incidents in which Copts in Egypt were threatened.Last month four churches in Mina, including the re-furbished one, were closed after furious locals launched vicious attacks on worshippers, emboldened by a lack of police support.

The Coptic leader in the region said authorities were doing nothing to bring those responsible to justice.

Anba Macarius said: “Churches are closed, the Coptic Christians are being attacked and their property destroyed, and there is no deterrent.

“The Copts always pay the price of this coexistence, not the aggressors. 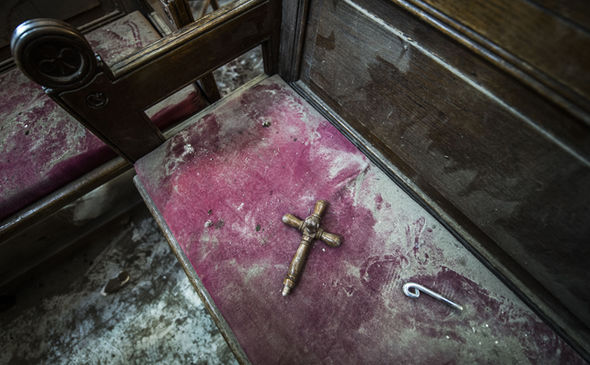 Egyptian Copts number in the millions in Egypt but are persectured

“The reactions of officials are disappointing, and when there is any dispute or an attack, the first alternative is to close the church and put pressure only on the Copts with impunity for the aggressors.”The Coptic Orthodox Church is the largest Christian church in Egypt and the Middle East’s biggest Christian community with a history dating back nearly 2,000 years.

Coptic Christians, who make up about 10 per cent of Egypt’s 90 million people, have long complained of discrimination under successive Egyptian leaders.

Egypt has been named one of the most dangerous in the world for churchgoers, with Egypt’s Christian community increasingly insecure since ISIS spread through Iraq and Syria in 2014, ruthlessly targeting religious minorities.

Psalm 78.20
Behold, he smote the rock, that the waters gushed out, and the streams overflowed; can he give bread also? Can he provide flesh for his people?.
King James Version 1611, American Edition