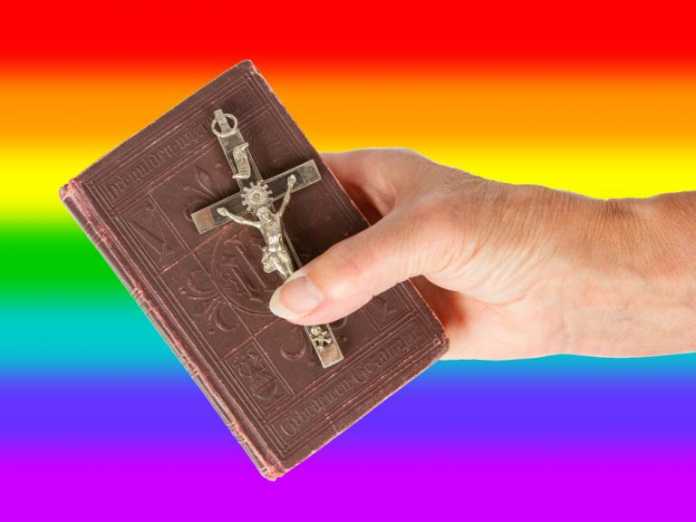 A so-called “moderate” Baptist organization called Cooperative Baptist Fellowship has decided to loosen its stance on hiring — they’re finally going to lift their self-imposed ban on employing LGBT people — but this significant step forward is marred by the fact that the non-discrimination only goes so far.

The committee emphasized in its report that CBF is a mission-sending organization relying on more than 100 partners around the world, which have “decisively rejected movement toward hiring or supporting LGBT field personnel or the inclusion of LGBT persons in ordained leadership.” To reflect and respect the practices of the overwhelming number of its global partners, CBF “will send field personnel who have the gifts and life experiences required for the most faithful ministry in the particular setting, who exhibit the qualities set forth in our hiring policy and who practice a traditional Christian sexual ethic of celibacy in singleness or faithfulness in marriage between a woman and a man,” according to the procedure. The same commitments will be followed with regard to supervisors of field personnel.

Bill Bumpas at One News Now reports that even this moderately inclusive policy is a step too far for some Christian leaders.

Longtime Southern Baptist leader Dr. Richard Land, currently the president of Southern Evangelical Seminary in North Carolina, says he’s saddened by the decision, but not surprised.
He also tells OneNewsNow the issue of homosexuality is a “litmus test” for professed Evangelicals.

There you have it. What makes someone a True Evangelical Christian™? Belief in the divinity of Jesus… and a desire to make life worse for gays and lesbians. That’s the checklist, apparently.

It’s also a strange comment since no one said evangelicals have to “affirm” anything. This Baptist group is hiring gay people, not planning their weddings.

The sad thing is that Land is far from wrong, which is a disturbing commentary on the state of America’s most popular branch of Christianity. They’ve chosen to die on the hill of homosexuality even though Jesus never uttered a single word about it. Luckily for the rest of us, evangelicalism isn’t the only branch of Christianity to ascribe to, and it’s the branch that’s shrinking with every generation.

Psalm 78.12
Marvellous things did he in the sight of their fathers, in the land of Egypt, in the field of Zoan..
King James Version 1611, American Edition