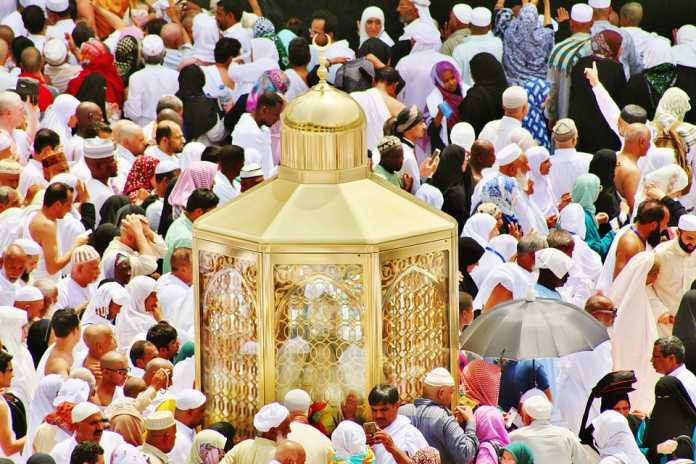 Opposition to same-sex marriage has decreased across a broad swath of religious groups in the United States, with white evangelical Christians one of the few movements for which a majority remains in opposition. Three years on from the Supreme Court ruling that same-sex couples should be allowed to marry, the findings from the Public Religion Research Institute’s 2017 American Values Atlas, published Tuesday, showed growing support for LGBT rights, including a majority of U.S. Muslims backing same-sex marriage for the first time.

Muslims, by a margin of 51 percent to 34 percent, favor same-sex marriage, compared to just four years ago when a majority, 51 percent, were opposed. There were similar results for black Protestants, with 54 percent opposing gay marriage in PRRI’s 2014 American Values Atlas, compared with 43 percent in the latest findings.

Indeed, opposition to same-sex marriage is now limited almost entirely to white conservative Christians. Fifty-eight percent of white evangelical Christians and 53 percent of Mormons—an overwhelming majority of whom are white—are opposed to allowing gay couples to marry. The group with the most opposition, though, is Jehovah’s Witnesses, a group which is 36 percent white, 32 percent Hispanic and 27 percent black in the U.S. Just 13 percent support the law.

As a whole, 63 percent of Americans now back allowing same-sex couples to marry, up from 52 percent four years ago. All major racial groups now have a majority in favor. Republicans, though, remain opposed, 51 percent to 42 percent.

In its platform ahead of the 2016 election, the Republican Party declined to soften its language on the right of same-sex couples to wed from four years previously when it called the act “an assault on the foundations of our society.”

Since taking office, President Donald Trump has embraced white evangelicals with a series of policies, including signing a ban on some transgender people serving in the military. Yet, during his campaign, Trump criticized Islam, claiming that he would protect LBGT people against oppression.