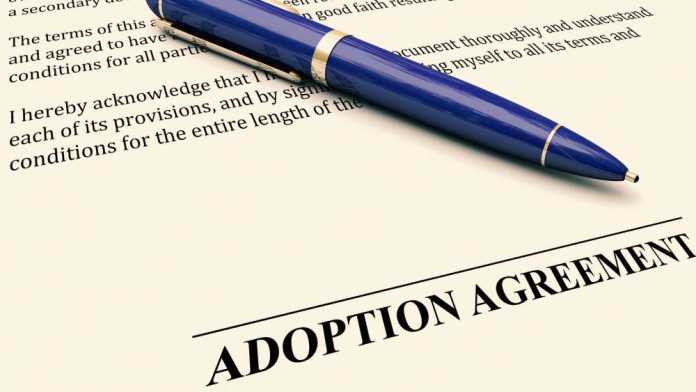 The new law states that “no private child-placing agency shall be required to perform, assist, counsel, recommend, consent to, refer, or participate in any placement of a child for foster care or adoption when the proposed placement would violate the agency’s written religious or moral convictions or policies.”

Meaning, faith-based agencies can refuse to place children in the homes of parents whose lifestyles may conflict with their biblical beliefs, including single women and men and gay couples.

“I note the aggressive efforts that have been made since I have been governor and the substantial progress made in finding more temporary and permanent placements for deserving children, reducing by 21 percent the number of children in state custody. This improvement is due in large part to the successful public-private partnership of more than 50 agencies, some of which are faith-based,” said Fallin in a statement.

She went on to say the bill does not ban same-sex couples from adopting or becoming foster parents.

Instead, it upholds the status quo while adding protection for Christian agencies.

“SB 1140 allows faith-based agencies that contract with Oklahoma to continue to operate in accordance with their beliefs,” Fallin explained.

Christian groups are pleased with the governor’s decision.

“This much-needed bill not only protects and advances religious liberty, it ensures the strength and future of the faith-based adoption and foster care agencies who serve so many children and families in Oklahoma.” Dr. D. Hance Dilbeck, Jr.  of the Baptist General Convention of Oklahoma said in a statement.

The move also garnered the support of Oklahoma’s Catholic bishops.

However, members of the gay community say the law is discriminatory, plain and simple.

GLAAD, one of the most prominent gay advocacy groups in the US opposed the bill saying it would deny “kids good homes.”

“The people of Oklahoma can see right through this unnecessary and politically motivated measure to discriminate against children and families,” said Zeke Stokes, Vice President of Programs at GLAAD.

Freedom Oklahoma, an LGBTQ rights group had a simple message for Fallin, “We’ll see you in court!”

Psalm 110.1
The Lord said unto my Lord, Sit thou at my right hand, until I make thine enemies thy footstool..
King James Version 1611, American Edition