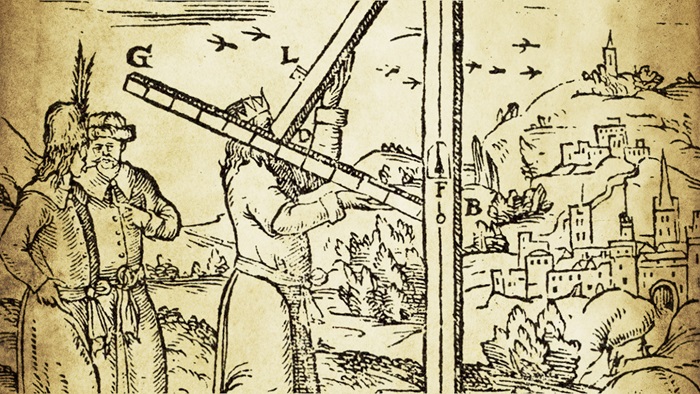 In Matthew 13, Jesus tells his disciples that “every teacher of the law who has become a disciple in the kingdom of heaven is like the owner of a house who brings out of his storeroom new treasures as well as old” (v. 52).

According to D. Bruce Hindmarsh, professor of spiritual theology at Regent College in Vancouver, early evangelicals in Great Britain and North America (circa 1730–1780) were also making use of old and new treasures alike. Out of their storerooms came an old-fashioned reliance on devotional classics from deep within the Christian tradition but also a strikingly new way of emphasizing the immediacy of God’s presence in a world that was increasingly abandoning God.

In The Spirit of Early Evangelicalism, Hindmarsh skillfully surveys the origins of the evangelical movement through its engagement with science, the Enlightenment, law, and the arts. The result is a remarkable study which gives us a vivid portrait of the devotion, intellect, and personalities that accompanied the rise of evangelicalism. In important ways, they are like current evangelicals today.

A New Expression of Traditional Faith
Hindmarsh’s book examines the “spirit”—that is, the devotional history or spirituality—of numerous early evangelicals such as John and Charles Wesley, George Whitefield, Jonathan Edwards, and many others. While they are known today as great theologians (Edwards), preachers (Whitefield), and founders of major evangelical movements (the Wesleys), what is often overlooked is the fact that they all were voracious readers of the devotional classics of the Western Christian tradition. Hindmarsh argues that their enduring appeal derives in part from their extensive reflection on these works.

Early evangelicals studied an eclectic variety of devotional texts. Two of the most widely read titles were The Imitation of Christ by Thomas à Kempis, the medieval Catholic leader of the Brethren of the Common Life, and The Life of God in the Soul of Man, by 17th-century Scottish Anglican Henry Scougal. Other works included William Law’s A Serious Call to a Devout and Holy Life, Johann Ardnt’s True Christianity, and Philip Doddridge’s The Rise and Progress of Religion in the Soul. One does not have to look very long at this list to see its breadth and diversity. Medieval Catholics, traditional Anglicans, Lutheran Pietists, as well as Puritan dissenters—all were common staples of the devotional reading of early evangelicals. Hindmarsh’s point is that the early evangelical “spirit” was basically traditional Christian devotion repackaged for early modern believers. In this sense, evangelicalism was not exactly a new movement.

At the same time, there was much that was new to be found among early evangelicals. As Hindmarsh notes throughout the book, evangelicalism was a “new expression” of traditional Christianity, a movement which emerged at the onset of modernity and proved highly responsive to the conditions of the emerging modern world. That responsivity can be seen in many areas: in the way early evangelicals required a personal testimony of faith for church membership, in the way they bypassed hierarchical structures of traditional Christianity, and in the way they proclaimed the message of God’s immediate presence in salvation.

Indeed, it was this emphasis on the immediacy of God’s presence—enjoyed by those who repented of their sins and placed their faith in Christ—that Hindmarsh identifies as the distinguishing feature of early evangelicalism. Christians had, of course, experienced God’s presence throughout the history of the church. Early evangelicals, however, were known for encouraging everyone—cleric and layperson, young and old—to cultivate a personal piety that basked in God’s immediate presence through the disciplines of prayer, Scripture meditation, corporate worship, and ministry. After all, this was the essence of being born again: to know the triune God through Christ’s work of salvation.

In short, early evangelicals were a complex amalgam of old and new. While they were a new Protestant movement, they drew deeply from orthodox devotional sources both ancient and modern. Hindmarsh’s study mounts a compelling challenge to the idea that evangelicalism originated as an anti-traditional, individualist, historically rootless, Bible-only movement. Perhaps some of today’s evangelicals fit that description to varying degrees, but the true heart of the movement has always been at odds with the caricature.

Remaining Faithful in the Modern World
Later chapters explore how early evangelicals interacted with the advent of modern science, law, and art, areas which were undergoing profound shifts in the Anglo-American world. How did the evangelical spirit fare in this transition to modernity? The short answer is that it remained intact, but it was a bumpy ride.

By and large, evangelicals cautiously welcomed the new Newtonian worldview, for they saw that it could be squared with Scripture. After all, does not a universal theory of gravitation reveal a wise and benevolent God of infinite immensity and care for his creation? Interestingly, a small minority fiercely resisted the new science. When William Romaine, the popular London preacher and Hebraist, became a lecturer in astronomy at Gresham College, he thoroughly rejected the new cosmology, opting instead to use the Old Testament as his guide to understanding the heavens. He even adamantly rejected the use of telescopes to study astronomy!

Such reactions, however, were not the norm. Ultimately, the new science became devotional kindling that fueled evangelical reflection upon God. Writers such as James Hervey and poets such as Charles Wesley and Anne Steele published many works on nature and nature’s God, helping evangelicals to rejoice in God’s wisdom and beauty as displayed in creation.

Early evangelicals also engaged in issues related to law and the arts in the 18th century. That century was notorious for the severity of punishments meted out against criminals. Those who committed somewhat minor offenses (shoplifting, the theft of a sheep) routinely received the death penalty on the theory that draconian sentencing deterred other criminal activity. While some evangelicals tried to reform this situation, they usually used the harsh legal climate to underscore their message of salvation: Everyone has transgressed the divine law and lies under the sentence of spiritual death. Evangelicals often preached at public executions and ministered to criminals en route to the gallows; Whitefield was even known to preach from a freshly crafted coffin before executions. All of this was meant to drive home the truth that in the presence of God we are no better than the criminal sentenced to death. Thus, while early evangelicals did not directly help reform the legal system, they did employ its severity to help broadcast the message of God’s justice and mercy.

On the subject of evangelicals and the arts, Hindmarsh unearths a fascinating historical parallel. Mid-18th-century artists disagreed about art’s purpose: Should it depict the other-worldly and sublime, or should it deal with the natural realities of the here and now? Hindmarsh interestingly observes how much of the debate between Calvinists and Arminians drew on similar themes and operated within similar boundaries. The “inner life” of Calvinism (its spirituality) stressed the theme of the sublime—the feeling of being lost in the utter sovereignty of God’s grace and the joyous contemplation of God displayed in Christ. Arminian spirituality, by contrast, underscored the heroic moral struggle of the present day, the Christian pilgrim battling sin and temptation while striving for victory over the forces of darkness. Hindmarsh reveals how art and religion “were not sealed-off worlds” but overlapping domains with shared concerns, sentiments, and ideals.

Robert W. Caldwell III teaches church history and historical theology at Southwestern Baptist Theological Seminary. He is the author of Theologies of the American Revivalists: From Whitefield to Finney (IVP Academic).