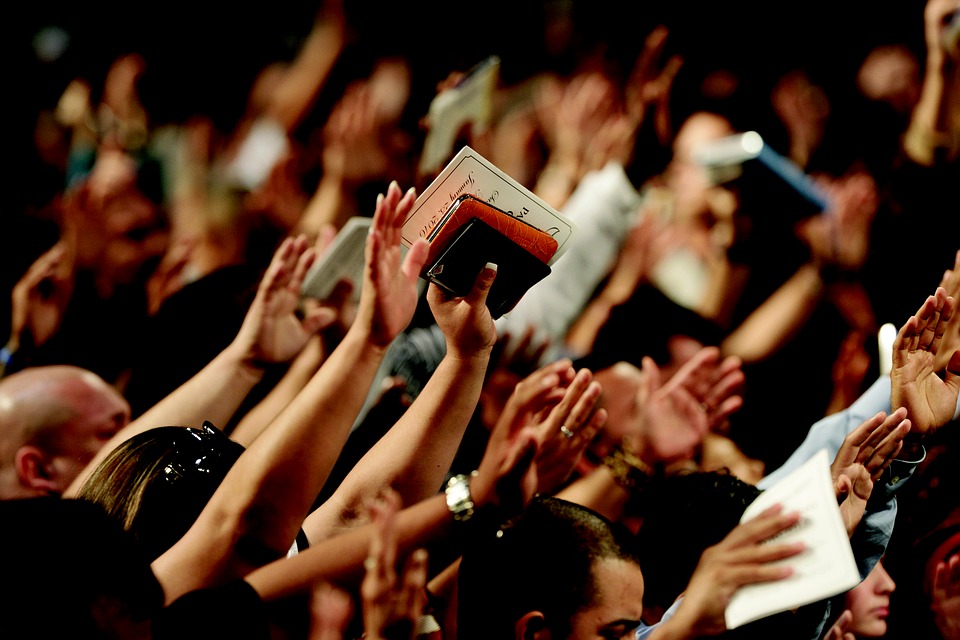 Americans worship differently according to the faiths to which they belong, but a new report grouping people by their beliefs on a wide spectrum of topics rather than their religion affiliations offers a fresh take on what the country’s faithful have in common.

The “Sunday Stalwarts,” “God-and-Country Believers” and “The Solidly Secular” are among the seven new religious typologies in a nearly 100-page report released Wednesday by the Pew Research Center. The classifications range from those who are the most religious to those who are the least.

The typologies are not intended to replace religious affiliations, but rather to offer a new lens through which to examine religion in America and what unites and divides the country religiously, says Becka Alper, a Pew research associate.

“It actually helps show some of those commonalities with people who, when you use those conventional boxes using affiliation, would otherwise seem different,” she says.

[Take Pew’s quiz to see which type you are]

Researchers sorted U.S. adults into the new groups based on factors including religious and New Age beliefs; religious practices, such as reading the Bible, praying and attending religious services; and where people find meaning.

The survey was conducted Dec. 4-18, among 4,729 members of the Pew Research Center’s American Trends Panel of adults 18 and older.

Belief that you can be moral without believing in God was a key factor in sorting the typology groups. The differences in responses to this question were stark between the three highly religious groups and the somewhat religious and nonreligious groups.

Although race, age, education, political opinion and ethnicity were not factors used to form the typology groups, the responses among adults continue to show the connection between religious beliefs and political party affiliation; views about President Trump; and issues such as immigration, homosexuality and abortion.

“Religion is deeply entangled with these other identities and viewpoints,” Alper says.

Overall, the report found that 45 percent of American adults say they have mostly a positive view of religious organizations and churches, and 55 percent say they do more good than harm.

Here’s a look at the seven religious typologies proposed by Pew.

Evangelical Protestants are the largest single religious tradition in the Sunday Stalwarts group (36 percent), but the report notes that members of that group also include Mormons, Jehovah’s Witnesses, Jews, Catholics, Muslims and Hindus. Republicans and self-described conservatives also constitute the majority of this group.

All say they are active in religious organizations and church groups, and about 8 in 10 attend religious services weekly. They read the Bible or a sacred text — 73 percent say they do at least once a week — more than other typology groups. It’s a key distinction between them and other highly religious groups, at about three times the rate of response. And 84 percent pray daily.

They don’t just go through the motions, but also believe that religion helps them at least somewhat in doing what’s right (98 percent). But only 62 percent said it is necessary to believe in God to be moral, compared with 99 percent for another highly religious group (the Diversely Devout).

They are mostly married and are most likely to respond — 86 percent — that they believe churches and religious organizations do more good than harm in American society. This group also is more likely to be involved in the community through activities, such as volunteering, book clubs and work with youth-focused organizations, such as sports or parent-teacher associations. They’ll also show up at the ballot box (72 percent always/sometimes vote) but are less likely to attend a political event than those in the somewhat religious or nonreligious groups.

Nearly two-thirds — the highest rate of all typologies — say that religious faith is the single most important source of meaning in their lives.

Yet among these religious traditionalists, 32 percent also believe in psychics, and 29 percent believe spiritual energy can be located in crystals, mountains, trees and other physical objects.

Republicans constitute the majority of these respondents, who also are the most likely “to see immigrants as a threat,” according to the report. Thirty-one percent answered that the “growing number of newcomers from other countries strengthens American society,” compared with 44 percent to 75 percent from the other religious typologies.

The data shows that 58 percent approve of Trump’s performance as president, the highest approval of any typology group, according to the report. The majority also believe abortion (75 percent) and homosexuality (68 percent) are morally wrong.

In this politically and socially conservative group, 27 percent say they attend church weekly. And like the Sunday Stalwarts, they are consumers of religious media, with 24 percent saying they watch or listen to programming of that nature at least weekly. Their median age is 54, the same as the Sunday Stalwarts

“The highly religious typology groups are much more likely than others to turn to religious teachings for guidance about right and wrong, while some other groups are more likely to say they consider philosophy and reason or scientific information when making these decisions,” according to the report.

It’s the only religious typology that does not have a white majority: 3 in 10 are Hispanic, and 1 in 5 are black. Only 12 percent say they attend church once a week.

“It shows that there are some highly religious people who are not attending,” Alper says.

Nearly all of this group have New Age beliefs, with 95 percent believing that spiritual energy is located in physical things, such as mountains, trees or crystals. It has the highest response of all the typologies regarding reincarnation (63 percent). Along with the Spiritually Awake and the Religion Resisters, they “stand out for their relatively high levels of belief in these supernatural phenomena,” the report notes.

This group and the God-and-Country Believers have the least amount of education, according to Pew. About 6 in 10 say religion helps in difficult times, relationships, career and doing what’s right. A majority of this group also earn less than $30,000 annually.

This group disagrees overwhelmingly that is it necessary to believe in God to be a moral person, and 28 percent say they do not believe in a higher power that resembles the God of the Bible.

“Simply put, those in the highly religious and somewhat religious typology groups express much higher levels of belief in an active, powerful deity who is involved in the daily lives of humans,” according to the report.

More than half (51 percent) say they have mostly positive views of religious organizations and churches.

The Spiritually Awake group is more heavily female (62 percent), and 59 percent identify with the Democratic Party. More of this group — 13 percent — say they support social and political causes, compared with the Sunday Stalwarts (11 percent).

It also has the highest percentage of people who subscribe to New Age beliefs, as 99 percent believe spiritual energy can be located in physical objects.

Few practice religion in a traditional manner, according to Pew, although they believe in heaven (98 percent) and hell (78 percent). Although most believe in a higher power, 49 percent do not believe in the God of the Bible.

They also have more “nones,” at 30 percent, than the Relaxed Religious (17 percent). The report defines nones as an umbrella category composed of adults who identify religiously as an atheist, agnostic or “nothing in particular.” Eight percent of the Spiritually Awake attend religious services each week.

Their median age is the youngest, at 38 years old, and along with the Diversely Devout, they have the highest number of unmarried adults.

Politically, they tend to be Democratic and liberal in their views.

The majority — 82 percent — also believe religious organizations have too much political clout, which is greater than the responses from the Solidly Secular group.

About 87 percent believe in some higher power or spiritual force but not the God of the Bible.

“They tend to have a negative view of organized religion, but they’re a very spiritual group,” Alper says.

While they are not active in church groups, the Religion Resisters have the highest percentage — 26 percent — who are involved in “hobby groups,” according to the study.

These Americans are unaffiliated with a group and lean liberal and Democratic in their political views. This group is mostly men and mostly white, and nearly half have household incomes of $75,000 or more.

The group rejects both belief in the God of the Bible and New Age beliefs.

“Americans in the nonreligious typology groups are less likely than those in other groups to say religion helps them a lot in these various ways,” according to the report.

Twenty percent of this group believes that God loves all people. Few say they have benefited from protection (16 percent) or rewards (11 percent) from God or a higher power.

Compared with the Religion Resisters, this group had a higher rate of respondents (29 percent) who said churches and religious organizations do more good than harm in American society.

Psalm 54.6
I will freely sacrifice unto thee: I will praise thy name, O Lord; for it is good..
King James Version 1611, American Edition