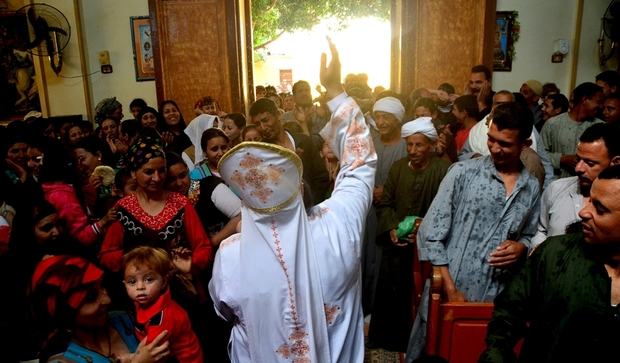 A Coptic bishop has accused police of ignoring calls to protect Christians ahead of anticipated violence in a village in southern Egypt last Friday.

According to Bishop Makarios of the archdiocese of Minya province, a number of “extremists” attacked the homes of four Coptic citizens in the village of Demshaw Hachem, 250km south of Cairo on Sunday, looting them and setting them on fire. They were motivated by claims that the houses were secretly used as churches.

The likelihood of the recurrence of such attacks is very high, as long as the perpetrators are not punished

Two Copts and one fireman were injured in the attacks.

The archdiocese said it had alerted authorities a few days before the incident but that police arrived after the assault.

A few weeks earlier, a similar attack took place in a neighbouring village called Ezbet Soltan but the attackers were left at large. The lack of deterrent measures against them has contributed to the Friday attack, the archdiocese said.

“The likelihood of the recurrence of such attacks is very high, as long as the perpetrators are not punished,” it added.

In both incidents, Muslim citizens’ actions were driven by rumours that residential homes were being used as churches, in violation of existing laws.

Coptic Christians, who constitute approximately 10 percent of the mostly Muslim Egyptian population, have borne the brunt of sectarian violence under successive Egyptian governments.

Attacks against Coptic Christians in the south of Egypt usually take place after the Friday prayers, which often feature “inflammatory” sermons by hard-line clerics, according to Mina Thabet, a minority rights expert.

Upper Egypt is said to be home to the largest Christian population in the country. It is also a fertile ground for militants due to the twin factors of high poverty and illiteracy.

“Sectarian violence is correlated with the levels of poverty and literacy. That is why the population of Upper Egypt – relatively poorer and less educated – is more likely to engage in sectarian violence,” Thabet told MEE.

Due to the complex social dynamics in this region, successive Egyptian governments have resorted to unofficial customary laws, rather than official law enforcement, to resolve disputes.

According to Thabet, law enforcement officials are products of a “culture of discrimination” against religious minorities.

“They pray in the same mosques and listen to the same [anti-Christian] sermons,” he said. 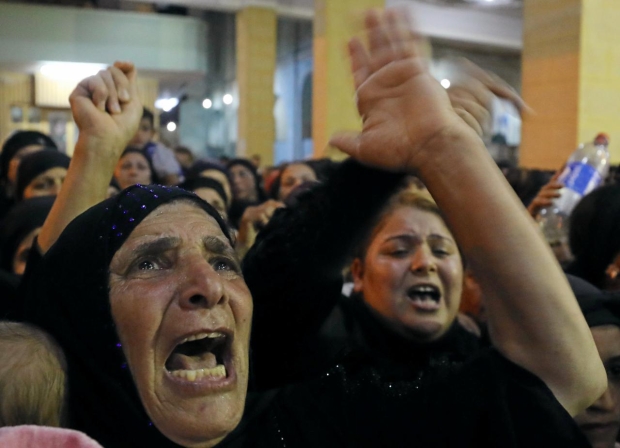 Relatives of victims of an attack that killed at least 28 Coptic Christians on Friday react at the funeral in Minya, Egypt, 26 May 2017. (Reuters)

Sectarian violence in Egypt is often triggered by disputes related to church building.

In Egypt, restrictive laws make it practically impossible in some areas to obtain a permit to build a church, leading many Coptic communities to use residential buildings as houses of worship to circumvent those laws.

The village of Demshaw Hashem that witnessed the most recent assault is one of nearly 150 villages with a sizable Christian population, but no churches.

“Typically, Copts in villages submit applications for the construction of a church to official bodies after meeting all the required conditions, but the applications are frozen due to objections from the security apparatus or as a result of incitement from local residents opposed to the construction of a church,” said the Egyptian Initiative for Personal Rights (EIPR) in its report titled Closed on Security Grounds.

In places like the Demshaw Hashem village, Coptic residents seeking to attend religious services are forced to travel long distances to reach the nearest church. In some cases, they are prevented from entering those cities by their Muslim residents.

Since the Ottoman rule of Egypt, it has become customary for Egyptian rulers to grant permission for the building of churches.

Christians have long complained of discrimination due to this practice, and have campaigned for a unified law equally regulating the establishment of Muslim and Christian houses of worship.

A law regulating the building of churches was ratified in 2016 but was criticised by independent rights groups and Coptic rights advocates for enshrining anti-Christian discrimination despite claiming the opposite.

The law includes restrictive provisions for the establishment of churches and gives the security agencies the exclusive authority to regulate church construction.

The wording of the law makes it “a recipe for the reproduction of sectarian violence,” according to the EIPR.

Additionally, it was drafted by a committee of government and church representatives in an opaque process, without soliciting the feedback of independent civil society or even parliament, “as if the matter of regulating a fundamental constitutional right is a purely ecclesiastical and/or security issue that does not concern Egyptian Muslims or Copts.”

The law has also been criticised for linking church construction to the number and needs of Copts in each geographic area.

“This gives extremists a pretext to claim that the low number of Copts in a specific area justifies preventing them from building a church,” Thabet said.

“Human rights should not be conditioned on numbers.”