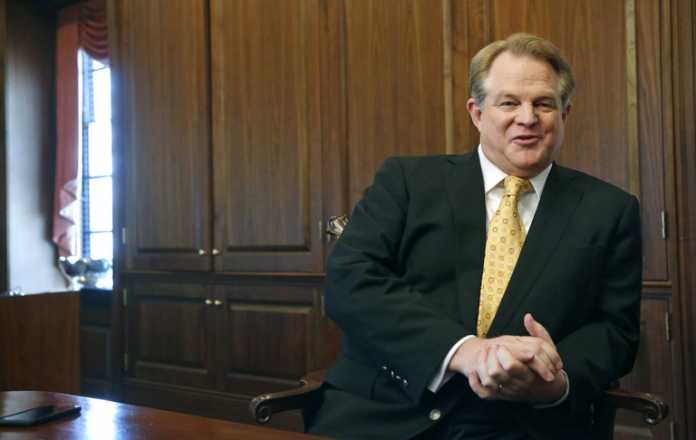 A Christian TV network is entering the crowded world of 24-hour news broadcasting at a time when the mainstream news media is under increasing attack by President Donald Trump and some of his supporters, many of them evangelicals.

The Christian Broadcasting Network’s news channel will provide a religious perspective that other channels lack, CEO Gordon Robertson told The Associated Press in an interview in advance of the network’s formal launch Monday.

The CBN News Channel, to air on local television stations in 15 U.S. cities, will produce original programming and commentary on everything from the power of prayer to Justin Bieber’s faith and Christian persecution in the Middle East, Robertson said last week.

Robertson, son of evangelist Pat Robertson, said he wants the channel to bring people together. But it is making its debut in an increasingly fractured media landscape and divided nation. Trump sometimes uses evangelical outlets to reach supporters, while shunning other news outlets.

“Trump’s modus operandi is not essentially to reach out to new audiences, but to create division and polarization to energize his base,” said Mark Ward, an associate professor of communication at the University of Houston-Victoria, who writes about evangelical mass media.

“If that’s your strategy and evangelicals are such a huge part of your base, why would you not use the media organs that are available?” Ward said.

Pat Robertson helped revolutionize religious TV through the Christian Broadcasting Network. He also ran for president in 1988 and worked to galvanize conservative Christians into a political force in the 1990s.

Last year, Trump told Pat Robertson on his show, “The 700 Club,” that he has “a tremendous audience.”

“You have people that I love, the evangelicals,” Trump said.

David Brody, CBN’s chief political analyst in Washington, also has interviewed the president as well as Vice President Mike Pence and Attorney General Jeff Sessions, among others in the White House. Brody recently co-authored the book, “The Faith of Donald J. Trump.”

Critics have accused Brody and the elder Robertson of being less than objective.

“Brody has bragged about having unprecedented access to this White House, which makes sense because he’s throwing them softballs,” said Kyle Mantyla, a senior fellow for the liberal organization People For the American Way, which runs the Right Wing Watch project.