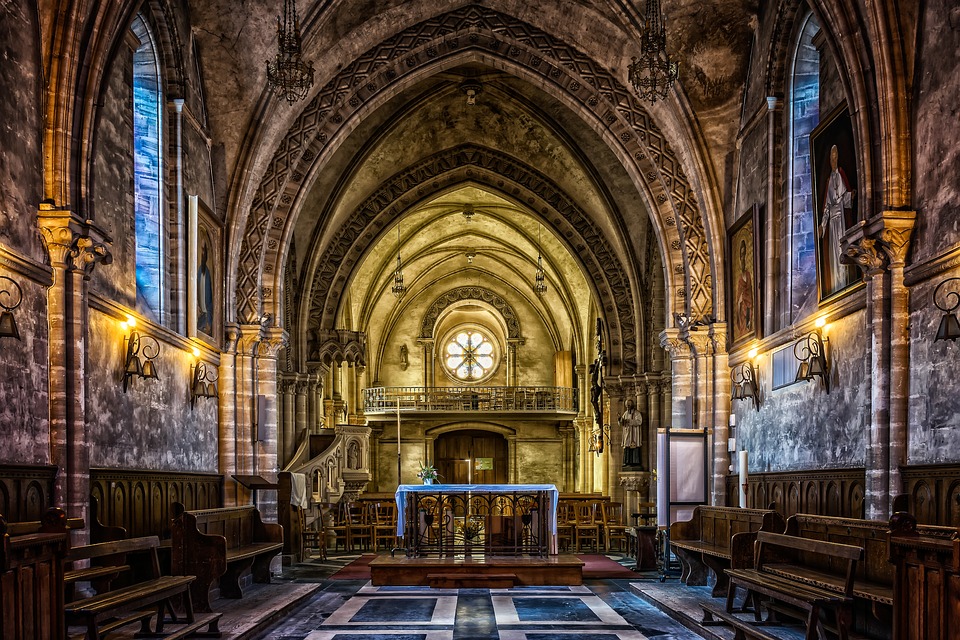 Pope Francis started the new year criticizing some Catholic bishops for their role in the church’s sexual abuse crisis. In a letter to bishops gathered at Mundelein Seminary in Illinois for a spiritual retreat, the pope said that the “disparaging, discrediting, playing the victim” had greatly undermined the Catholic Church. This followed the pope’s earlier remarks asking clergy guilty of sexual assault to turn themselves over to law enforcement.

Stories of clergy sex abuse have continued to increase. Among the more recent revelations, a Catholic diocese recently released the names of Jesuit priests who face “credible or established” accusations of abuse of minors. Church members learned that many priests accused of sexual abuse on Indian reservations were retired on the Gonzaga University campus in Spokane. And another external investigation has revealed that the Catholic Church failed to disclose abuse accusations against 500 priests and clergy.

Church attendance has been on the decline for some time, with the steepest fall of an average 45 percent, between 2005 to 2008. And with these latest scandals, as a theologian recently wrote, the Catholic Church is in the midst of its “biggest crisis since the Reformation.”

But what many do not realize is that staying in the church does not mean agreeing with its policies. In the past, Catholics have challenged the church through multiple forms of resistance – at times discreet and at other times quite dramatic.

I had already begun my training as a scholar of religion and society when I learned that the priest from whom I took my first communion was a known predator in the Boston Archdiocese. I have since then researched and written about the Catholic clergy abuse cover-up.

Back in the 1960s, some radical American Catholics were at the forefront of challenging U.S. involvement in the war in Vietnam. Perhaps the most famous among them were the Berrigan brothers. Rev. Daniel Berrigan, the older brother, was an American Jesuit priest, who, along with with other religious leaders, expressed public concern over the war.

In New York, Daniel Berrigan joined hands with a group called the Catholic Workers, in order to build a “decent non-violent society” – what they called “a society of conscience.” Among their protests was a public burning of draft cards in Union Square in 1965.

Months earlier, the U.S. Congress had passed legislation that made mutilation of draft registration a felony. A powerful commentary by the editors of the Catholic “Commonweal” magazine described the event as a “liturgical ceremony” backed by a willingness to risk five years of freedom.

But some in the Catholic leadership were concerned that Daniel Berrigan’s peace activism was going too far. Soon after another Catholic protester set himself on fire in front of the United Nations in an act of protest, Berrigan disappeared from New York. He’d been sent to Latin America on an “assignment” by his superiors.

The word among Catholics was that Cardinal Francis Spellman had Berrigan expelled from the U.S. The accuracy of the decision is selectively disputed. However, the narrative had great power. The public outcry among Catholics was immense. University students took to the streets.

The New York Times carried a vehement objection that was signed by more than a thousand Catholic practitioners and theological leaders. The repression of free speech, they said, was “intolerable in the Roman Catholic Church.”

In May 1967, Berrigan returned to the United States, only to renew his protest against the draft. Joined by his brother Philip, they broke into a draft board office in Baltimore and poured vials of their own blood on paper records.

In pouring vials of their own blood on draft records, they were extending the use of Christ’s blood of sacrifice, to promote peace, as part of Catholic teachings.

The next year they joined by seven other Catholic protesters in a protest action in Catonsville, Maryland. The group used homemade napalm to destroy 378 draft files in the parking lot of a draft board. Daniel Berrigan was put on the FBI’s most wanted list. Both brothers later served time in federal prisons.

After the Vietnam war, their protests continued under a group called Plowshares. The name came from the commandment in the book of Isaiah to “beat swords into plowshares.” The Berrigan brothers put their energy into anti-nuclear protests around the country. At a nuclear missile facility in King of Prussia, Pennsylvania, they hammered on nuclear warheads and once again poured their own blood upon them, bridging Catholic symbols with religious protest.

Church leadership, they said, was too cozy with a heavily militarized America.

Protests inside the church

Around the same time, another group of Roman Catholics was challenging the leadership of the church using different tactics. In 1969, a group of Chicano Catholic student activists that called itself Católicos Por La Raza, objected to the money that the Archdiocese of Los Angeles was spending on building a new cathedral called St. Basil’s. They believed that money could be better spent on improving the social and economic conditions of Catholic Mexican-Americans.

Católicos Por La Raza posed a list of demands for the Catholic Church that included the use of church facilities for community work, providing housing and educational assistance, and developing health care programs.

On Christmas Eve, 300 people marched to protest at St. Basil’s. Outside, they chanted “Que viva la raza” and “Catholics for the people.” Some members also planned to bring the protest across the threshold of the cathedral and into the Christmas Eve Mass.

The church locked its front doors. The marchers were met at side doors by undercover county sheriffs.

Later, the protesters publicly burned their baptismal certificates. Catholic teaching maintains that, once baptized, Catholic identity cannot be divested. By burning these symbols of Roman Catholic belonging, members of Católicos Por La Raza were making a powerful statement of their renunciation of the religion that they perceived could not be reformed.

Back in New York, a generation later, Catholics also organized confrontations with Church leadership. At the height of the AIDS crisis, in 1989, the American Catholic Bishops drafted an explicit condemnation of the use of condoms to stop the spread of the AIDS virus. “The truth is not in condoms or clean needles,” said Cardinal John O’Connor. “These are lies … good morality is good medicine.”

In response, AIDS activists organized an action called “Stop the Church” to protest against the “murderous AIDS policy” at St. Patrick’s Cathedral in Manhattan. Thousands of people gathered to protest. Outside, activists distributed condoms and safer-sex information to passers-by. Inside, some protesters staged a die-in.

And this does not even get into waves of protests over women’s ordination since 1976.

In all these protests, Roman Catholics were demanding that powerful members of the hierarchy acknowledge their demands for the ethics of the church.

Bringing change in the church

On Sundays Catholics came out to protest in front of the Cathedral of the Holy Cross in Boston, where the cardinal said Mass. They shouted and held up signs calling for his resignation. Other Catholics were creating pressure to have the cardinal removed by cutting off lay financial support for the Archdiocese.

They encouraged continuing giving to the poor or to the local parish. But until the cardinal was held accountable, those in the pews were encouraged to abstain from institutional giving. Before the next New Year, enough financial and legal pressure forced Cardinal Law to be removed from the Archdiocese.

February 2019 will bring a crucial meeting between the pope and the cardinals. Catholics today could well ask what is their way of showing resistance. After all, there is a rich Catholic heritage that shows that members of the church who put their bodies on the line can make a difference.

This article is republished from The Conversation under a Creative Commons license. Read the original article here: http://theconversation.com/what-catholics-can-learn-from-protests-of-the-past-108732.

Psalm 74.7
They have cast fire into thy sanctuary, they have defiled by casting down the dwelling place of thy name to the ground..
King James Version 1611, American Edition