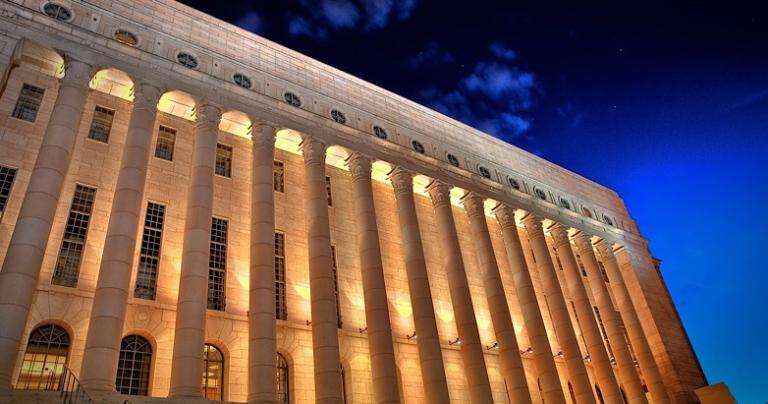 Dawkins’ Law overwhelmingly passed Finland’s 200 member parliament with 183 votes for the measure, 10 against, and 7 abstaining. Karol Canard Uselka voted for the statute. “Evangelicals pose a very real threat to civilization,” he stated. “How can the government of Finland trust people who believe the end of the world is a good thing and probably happening next Tuesday? It’s ridiculous.”

The Southern Baptist Convention (SBC) is lodging a travel ban. The SBC is urging members not to vacation to Finland or purchase Finnish goods. Ministers are quickly realizing their members have no idea where Finland is. Remedial classes in world geography are being offered just before Sunday church services. “We have to educate our brothers and sisters in Christ regarding what countries they should hate. ‘Not America’ is no longer an option in today’s world,” offered one man of God.

President Trump is facing growing problems at home. Confidante Roger Stone was arrested. And Vice President Pence is facing charges for driving under the influence of vanilla extract. Seeking a way to keep his political base energized, the United States commander-in-chief is now referring to the citizens of Finland as Mexican–white peoples.

Meanwhile, the people of Finland are enjoying a lifestyle many Americans would envy if they knew anything about the country. Most Finns believe ridding the military of evangelicals to be a good thing. One resident of Helsinki noted, “We all hope America wakes up and realizes the real danger isn’t from outside its borders. America’s biggest challenge is Christian fanaticism.”

Psalm 18.37
I have pursued mine enemies, and overtaken them: neither did I turn again till they were consumed..
King James Version 1611, American Edition