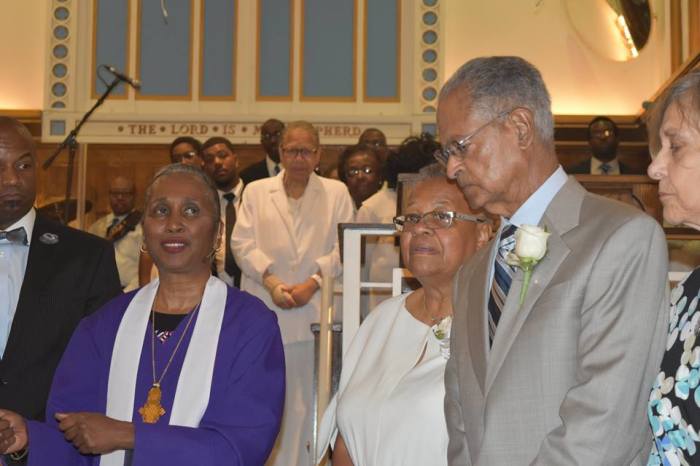 The Rev. Cheryl J. Sanders was studied and direct. “The black church will no longer be needed when the white church puts away its racism. But I haven’t seen that yet,” she said.

Sanders, a professor of Christian Ethics at Howard University School of Divinity and senior pastor of Third Street Church of God in Washington, D.C., was responding to The Christian Post Thursday about what the black church should be doing today to better serve adherents.

“I think the black church should be trying to nurture black people to thrive and flourish in the present and in the future. I don’t see that as a work that occurs in isolation from the rest of Christianity but there has to be a place where black people can go where they will be accepted in a holistic way,” she said.

While the black church serves “an irreplaceable role in terms of a spiritual center,” Sanders and other black church historians, like Dennis C. Dickerson, the James M. Lawson Jr. professor of History at Vanderbilt University, agree that its hold on the black community has faced competition from white churches and other organizations but racism remains a challenge.

“We live in a society now, where at least legally, African Americans have access to everything and anything they want, including where to live, where to shop, where to congregate, where to seek entertainment, where to pursue their education. And so in view of the fact that people have so many other choices, whereas in a former era, the choices were more limited, the church is still important but it’s up against a lot of other choices,” Sanders said of the black church.

Dickerson, who specializes in African-American religious history, pointed to the growing trend of multicultural megachurches, which many black Christians have found attractive.

“Black Christians are becoming far more diverse in terms of faith commitment, in terms of faith association. You have far more, for example, African-American evangelicals, that is those persons who subscribe to the theological and sociological worldview of white evangelicals, you will find as many black people in Joel Osteen’s church in Houston as there are in some of the major black churches in that city,” he told CP. “So there is a growing diversity in the black religious experience and the [historically] black church is not the only venue where black religious experience is being pursued.”

It was in the late 18th century when the first predominantly black denominations in the U.S. were founded, some by free black people according to PBS. Since then, the historically black church has served as the most important institution for the African-American community even today, Dickerson argued.

“The black church was the only place our ancestors had. It was a critical gathering in a society that so restricted their movement and their joining,” Sanders said.

And while studies show an increasing number of black churchgoers have been exploring experiences in white-majority churches, a report by The New York Timessuggested last winter that blacks rankled by racism have been abandoning white churches.

“I question the white evangelical church, the megachurch, as a place where they can thrive and grow. I think as long as there are black people who will question, ‘Is this a place where I can thrive and grow as a Christian in the presence of God?’ as long as that question is there, there’s going to be a need for a black church,” Sanders said. “The black church will no longer be needed when the white church puts away its racism. But I haven’t seen that yet.”

Sanders explained that the only reason black churches evolved as a separate entity from white churches was because they were rejected by white congregations. And black Christians who have been burnt by racism in white churches today is simply history repeating itself.

“Historically, the only reason you have a black church is that the predominant places where black and whites worshiped together, which would be the Methodist churches and the Baptist churches of the 18th and 19th centuries, is because of their racist practices,” Sanders said.

“If they are going back now, the question we have to ask is, has the racism changed? Some of us, many of us will celebrate multicultural worship but what does multicultural worship mean if leadership still has a certain attitude about the participation of other races of people. In other words, during the slavery time, it was OK for blacks to worship with whites as long as they were willing to sit in the balcony or sit in the back and not come to the communion table,” Sanders explained.

“Black people got to a point where either they’re not willing to tolerate that discrimination or as the case of the Methodists [where black people] would get dragged from their knees at the altar, you have to create your own.”

While she rejects a romanticized image of the black church, Sanders argued that if Christians in general do not have a good understanding of why the racial divide exists in American Christianity, it will be difficult for black Christians to find true fulfillment in majority-white churches.

“I just understand that there is a sociological reason more than a theological reason that white and black churches exist at all and until the white church changes its racist practices, I don’t see what’s the attraction for blacks to go there,” Sanders said.

“I’m not arguing against that. I’m just saying, if we bring a historical and theological consciousness into our choice of where to worship, we’re going to ask the question of whether or not this white church that accepts me as a member, is going to address my spiritual needs in an honest and open and historically accurate way.”

In discussing the challenge of multicultural churches, Dickerson agreed that greater integration in evangelical churches wasn’t enough to deal with the challenges faced by blacks in some of these spaces but argued that the younger generation also processes these issues through a more diverse and complex lens of experience.

“Those of us in my generation, we have to understand that their worldview is different than ours and some of the categories we use to talk about politics and culture are not the same categories within which they operate. Conservative, liberal, mainstream, evangelical — those terms mean nothing to them,” Dickerson said. “We have to be cognizant of that when we ask questions and we answer questions that we aren’t just talking to ourselves.”

As the increasing number of blacks in multicultural churches continue to wrestle with concerns about racism sensitivity, however, Dickerson said he isn’t quite sure how things will end but is confident the black church will endure.

“Many blacks who went to evangelical churches, with the election of the current president, found that parishioners were tone deaf in terms of the lack of empathy that blacks had towards the president and the fact that their white fellow parishioners didn’t understand that. So they come with different experiences and different points of view that sometimes goes against the grain of common understanding with fellow whites who attend the same churches. That’s something that’s happening now. Where it’s going to end up, I don’t know,” he said.

“Greater integration of blacks into evangelical organizations hasn’t resulted in those evangelical organizations developing that greater sensitivity and sensibility about a black perspective even though they may agree with each other theologically. And their presence together with whites, that’s unprecedented. I don’t know where it’s going to end up. The [black] church that I attend in Nashville it’s 150 years old and it’s not unusual.”

Psalm 65.9
Thou visitest the earth, and waterest it: thou greatly enrichest it with the river of God, which is full of water: thou preparest them corn, when thou hast so provided for it..
King James Version 1611, American Edition