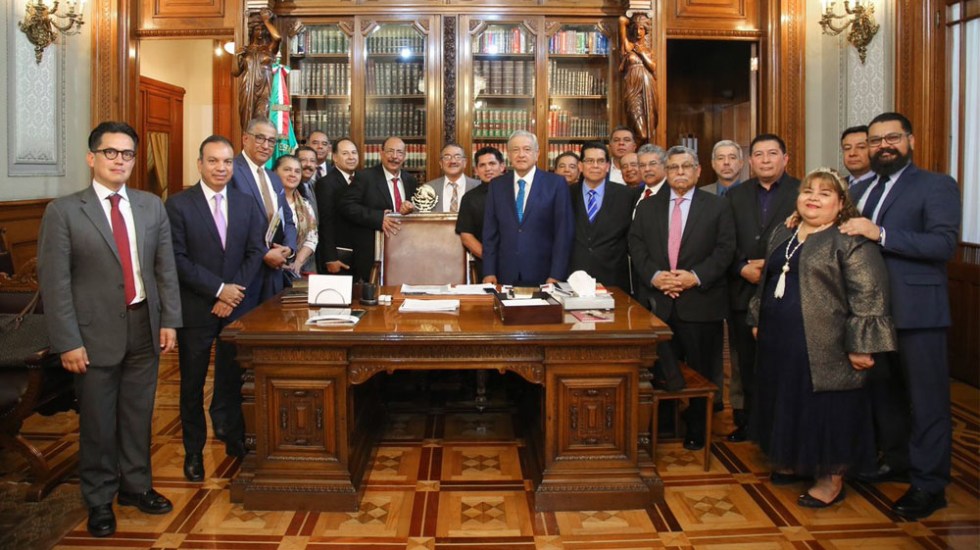 Upon his arrival, the president of Confracernice, Arturo Farela, highlighted the support they will provide for the Fourth Transformation and acknowledged “the determined struggle that the Federal Executive is heading against corruption, from top to bottom, for which we are happy that For the first time, the doors of the National Palace are opened for 20 evangelical Christian leaders, members of Confracernice. ”

He stressed that among the points that will be presented to the President is to open the possibility that “churches and religious associations can be concessionaires and permit holders precisely for the dissemination of evangelical Christian principles and values; Evangelical Christians do not preach a religion, we preach the Bible, the word of God. ”

He added that “it currently airs in some stations, but we want to see that in some way there can be concessions and permits for churches and religious options.”

He pointed out that the president will also be asked to “open the doors of the Ministry of the Interior (Segob) to all the churches. For us it is very important that all the churches are cared for “, because although the president has a great openness for all, sometimes in some officials of average levels the same attention is not found.

Farela indicated that they will also ask President López Obrador to provide access to hospitals and prisons to Christian-Evangelical pastors, “because we are often hindered.”

After considering that the president’s position is serious, responsible, secular, and democratic, which grants equal treatment to all the churches and all religious ministers, he also acknowledged his struggle in favor of young people and the fight against violence and Theft of fuel.

With information from Notimex

Psalm 104.18
The high hills are a refuge for the wild goats; and the rocks for the conies..
King James Version 1611, American Edition