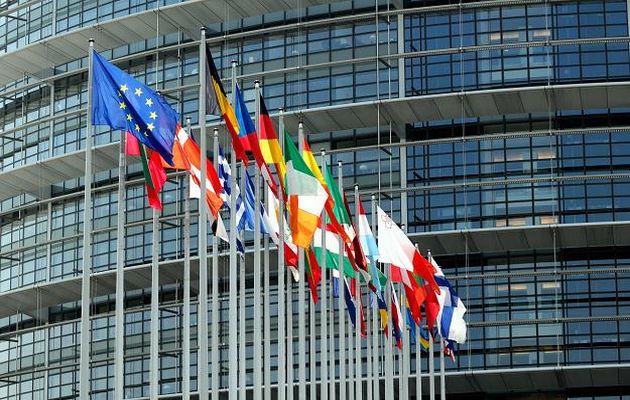 Between 23rd and 26th May, EU citizens will get the chance to vote and thus collectively choose who will represent them at European level until 2024.

What will the European Union look like in 5 years’ time? What values will European society prioritise? Members of the European Parliament (MEPs) will have a big say over the answers. What challenges will this continent face? MEPs will help choose Europe’s response.

Of course it is always important to pray for politicians (1 Timothy 2: 1-4) and election seasons are especially significant. But, if we step back and look at our continent as a whole, it is clear that Europe is in trouble. So the importance of intercession is huge.

Across Europe, fear, division and even anger are common, truth is often getting lost or ignored in the noise. Every nation and the EU institutions themselves are falling short of God’s standards as Evangelicals have historically believed them to be. We have been given good gifts of family, freedom, nation, human rights, security, sex, often relative economic prosperity, etc. but we have turned them into idols as we prioritise them over the Lord or distort them from what he designed them to be.

Secularism, meanwhile, makes politics itself an idol and tries to silence other faith-inspired voices. There is also a growing culture of “them versus us” in which many believe that those they disagree with are completely wrong whereas they are completely right. This makes it difficult for people to see good in those who oppose them or to examine their own faults. As a result, wisdom is lost, pride and stubbornness abound.

Individual Christians can feel powerless as they look at these socio-political and economic challenges. We can wonder if there is any point in praying about elections. But, hope returns when we focus our attention on the King of Kings, the one who is in ultimate charge and is working out His eternal Kingdom purposes no matter what. As we remember that we are called to pray that “His will be done on earth as it is in heaven”, we are motivated to persevere in our intercession. But it also means that we have homework to do – to work to understand what is happening on earth and equally try to understand the will of the Lord. We do this in humility, remembering that we will not fully comprehend until Jesus returns.

There is particular power and wisdom in praying and reflecting together with other Christians. The diversity of local Church (and indeed Church at national or European levels) means we can choose to understand the lives, problems, gifts and opinions of those who are very different to us. Our identity in Christ gives us a firm foundation for mutual respect, collaboration and the possibility of softening our opinions. We know that, when we pray in humility, repentance and unity for our nations, we can be confident that the Lord listens and will heal (2 Chronicles 7: 14). And when we consider socio-political matters with those who are different to us, it becomes much easier to find a truly biblical perspective on what is important.

There is much we can agree on from the Bible. We know that every single human being is made in the image of God and, therefore, has infinite value. So Christians are united in wanting to see European society valuing all, no matter their sex, age, ethnicity, faith or worldview, “economic usefulness”, health or if they are yet to be born etc. As image bearers, every human has the capacity for immense and creative good, so we seek a Europe where there is opportunity for that flourishing contribution from each one. But, since the Fall, each human is capable of unspeakable sinfulness. And so public policy and, indeed, the political system itself must take this into account.

It is this biblical worldview which has provided the foundation for sustainable democracy and free societies.

– Since human beings can do good, they should be able to contribute to the political decision making system and to society.

– Since human beings can do evil, democratic systems should spread power as widely as possible, not allowing any individual or institution to dominate.

– Since every human being has infinite worth, politicians should work for the good of all, including those who did not or could not vote for them. So let’s be proactive in our praying, voting and influencing to speak up for these core biblical principles and to protect and strengthen the health (in God’s eyes) of our democracy, nations and continent.

Uniting despite differences As Christians, we should be able to agree on foundational principles of what the Lord would want but there will still be much we continue to disagree on. Since no political party has a monopoly on truth and wisdom, Christians will vote in different ways. But, there is still huge value in praying and discussing together, asking for the Lord’s blessing and mercy, and seeking to understand what is needed for His Kingdom values to be more strongly reflected across our continent.

Therefore, the European Evangelical Alliance urges its members and local churches across the EU to unite in non-partisan intercession for our nations and continent, biblical reflection about the Lord’s values, listening to other opinions, asking big questions, challenging untruth, disrespect and idolatry, encouraging people to study political manifestos carefully and to vote.

Politics has its limits

However, no matter how important these elections are, politics becomes an idol when we expect it to solve every issue, give 100% guarantees of security and answer our every need. We look to the King of Kings first, trusting in His sovereignty and ultimate Kingdom purposes. And we also understand the responsibility of citizens to contribute to the common good.

Local Church has a particular joyful task to offer the hope of Jesus Christ in word and deed. There is so much anger, fear, loneliness, injustice and hardship around. The Church is doing a vital job in serving communities, reaching out to the most vulnerable, encouraging neighbourliness, building peace, offering hope for today and ultimate hope for eternity. Let’s keep going, whatever happens in political life.

This article is one of the resources produced by the European Evangelical Alliance socio-political team in relation to the European Parliament elections of May 23-26, 2019.

Psalm 78.57
but turned back, and dealt unfaithfully like their fathers: they were turned aside like a deceitful bow..
King James Version 1611, American Edition