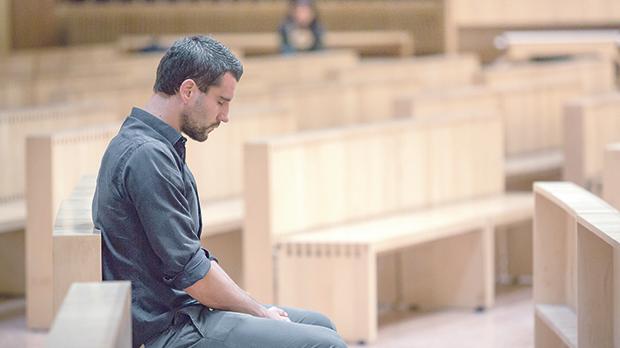 When Deputy Prime Minister and Health Minister Chris Fearne recently revoked a departmental directive asking health clinics to remove all religious symbols, such as holy pictures stuck to walls, he said: “This is an issue of personal devotion that politicians should stay out of. We are not forcing anyone to put up religious symbols, however, I believe we should not stop anyone who feels that they want to express their devotion in this manner.”

He also added “politicians should not hinder religious expression”.

The reasoning of the Primary Health Care nursing manager who issued the directive was that “health centres were a public entity, and should be considered to cater towards a multicultural society.”

To the extent that the whole thing was genuine, Fearne seems to have been reading the signs of the times.

Europe seems to be shifting back to Christianity. John Martin from the University of Illinois, the US in an article last year said that: “Reports of Christianity’s death in Europe have been greatly exaggerated… There have been increasing signs of a real and sustained revival of Christian-themed enthusiasm in Europe, hardly reported and barely noticed in the press.”

The massive migration into Europe of so many people of all cultures and faiths coming from all over the world, especially the Middle East, Africa and Asia, could be one of the main causes. Changes in lifestyles, brought about by new political developments, could be another.

France has always been known for its strong tradition of secularism. Despite this, there is a growth of evangelical Christianity in France. According to a report by the National Council of Evangelicals, in France a new Evangelical church opened every 10 days. In the last 60 years the number of evangelicals has increased tenfold. The French are still 34 per cent atheist.

In 2017, America This Week reported that “Catholicism is undergoing a true revival in France. Churches are packed on Sunday, in the big cities and increasingly in the countryside. This was not so 10 years ago.

Their interpretation is that a lot of French people are children of divorce and they’re realising their parents lived the “secular progressive lifestyle” � meaning get money and have fun. Now they’re realising “I don’t want this. I want something more”.

It has to be seen, also, what will be the effects of the huge fire of the Catholic Cathedral of Notre-Dame in Paris on the faith of the French people, especially considering the heroic testimony of Fr Fournier, chaplain of the firefighters, who dashed through the falling burnt wooden roof to save the Holy Presence of Christ from the tabernacle.

This concern is reflected throughout much of Europe, a continent once thought of as being irreversibly secular. People are gradually embracing the necessity of Christianity to maintain national unity and stability.

Many Nordic countries are known for wholeheartedly embracing radical secularism, globalism and feminism as their new established state ‘religion’. In 2017 John Allen, editor of Grux… Taking the Catholic Pulse wrote: “Much of the Catholic growth in the Scandinavian region today is being driven by immigration. Across Scandinavia, influxes of Poles, Filipinos, Vietnamese, Sri Lankans, Eritreans, Syrians and others have been boosting the ranks of the local Church.”

On September 18, 2018, the Danish Ministry of Culture gave Danish Radio, the public broadcasters, a new set of guidelines. Their programming is now required to bolster Denmark’s native cultural heritage, as well as emphasise the foundational role of Christianity in Danish society.

In Europe, a continent once thought of as being irreversibly secular, people are gradually embracing the necessity of Christianity

The Danes see a recovery of Christian legacy is necessary if there is to be a defence against destructive progressivism and the Islamisation of society which is eroding Danish distinctiveness.

Writing about Europe’s Christian revolution (September 2, 2018) Campbell Campbell-Jack, a Presbyterian retired minister, stated that “the reality is Christianity is resurgent throughout Europe”.

In Spain the growth in church attendance is remarkable. Between 2011 and 2012 the proportion of the population attending Mass grew by nearly a quarter from 12.1 per cent to 15 per cent. The number attending on a weekly basis grew by 23 per cent between 2012 and 2013. The number of Spaniards voluntarily contributing part of their taxes to the Church is on the rise.

It’s not only Catholics. Spain’s Evangelical churches are growing. According to a report from the Spanish government’s Justice Ministry, in 2016 a new Evangelical church opened in Spain every two-and-a- half days.

The same is happening in Germany where there was a six per cent growth in Protestant churches in 2016.

The same shift is seen in Eastern Europe. Dominated by atheistic communism for decades, freedom has brought growth to Protestant, Catholic and Orthodox churches. Hungary is experiencing a political revolution, which is pro-family and pro-life. Part of this is a rediscovery of its Christian roots, although church attendance is still low. Following his re-election this year, Prime Minister Viktor Orban defined the main tasks of his new government as preserving Hungary’s security and Christian culture.

The Croats declared their independence from communist Yugoslavia in 1991 and also rediscovered their Christian identity. The proportion of Croats believing in God has risen from 39 per cent in 1989 to 75 per cent in 1996 and 82 per cent in 2004.

Poland’s church attendance is growing and now exceeds 40 per cent of the population. In November 2016, at a ceremony at the Church of Divine Mercy in Krakow, the bishops of Poland in the presence of President Andrzei Duda officially recognised Jesus as the King of Poland and called upon Him to rule over their nation, its people and their political leaders.

Similar growth can be seen in Russia, Ukraine, Bulgaria, Romania, Armenia, Moldova and Georgia. It is clear that in the former Soviet-dominated countries the cool thing to be is a Christian.

There is one major exception to this European renewal of Christianity: the UK. There are signs of recovery such as an increase in numbers training for ordination, but these are little more than straws in the wind.

A major plank of European identity is Christianity. As people feel vulnerable and experience anxiety due to the changes surrounding them over which they feel they have no control, it is natural for them to assert their customs, traditions, ethnicity, language and above all their spiritual roots.

Malta, once a staunchly Catholic country, and now also in the EU, seemed, so far, to be going, or was being led, in a different direction.

Aspiring for the leadership of his party this year, and probably realising that being “fiercely cosmopolitan” his party may have been taking his country on a too perilous journey, Fearne may have taken the latest assertive and bold stand on the retention of Catholic religious symbols in public places to change, or at least begin by swerving from that journey.

Fearne seems to be much more aware than many others in his party that as the Times of Malta editorial (18.4.19) put it: “A society that loses its connection with religious tradition loses the roots of its morality and culture. It loses itself.”

Psalm 73.9
They set their mouth against the heavens, and their tongue walketh through the earth..
King James Version 1611, American Edition