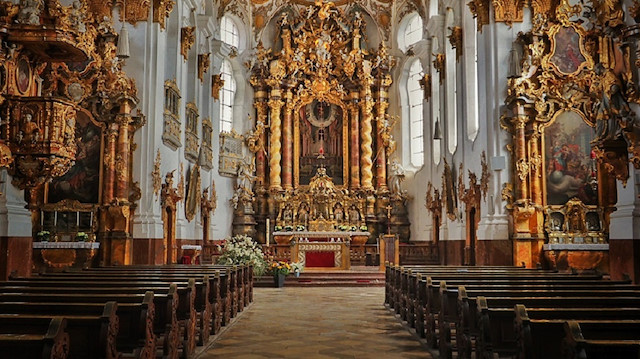 Membership in Christian churches is projected to dramatically decline in Germany over the next four decades, according to a study released Thursday.

Germany’s Catholic and Protestant churches, which currently have about 45 million members, would lose almost half their members by 2060, researchers from the Albert-Ludwig University of Freiburg concluded.

The aging population, high number of church withdrawals, and decline in infant baptisms were listed as the main reasons for the downward trend.

Currently, around two-thirds of Germany’s 83 million population are Christians, including members of the Evangelical Church, the Protestant Free Churches, and the Orthodox Churches.

Another third of Germans either ascribe to no religious belief or belong to another religion.

Muslims are Germany’s third-largest religious community, with a population of an estimated 5 million. The country is also home to around 200,000 Jews.

Psalm 108.7
God hath spoken in his holiness; I will rejoice, I will divide Shechem, and mete out the valley of Succoth..
King James Version 1611, American Edition