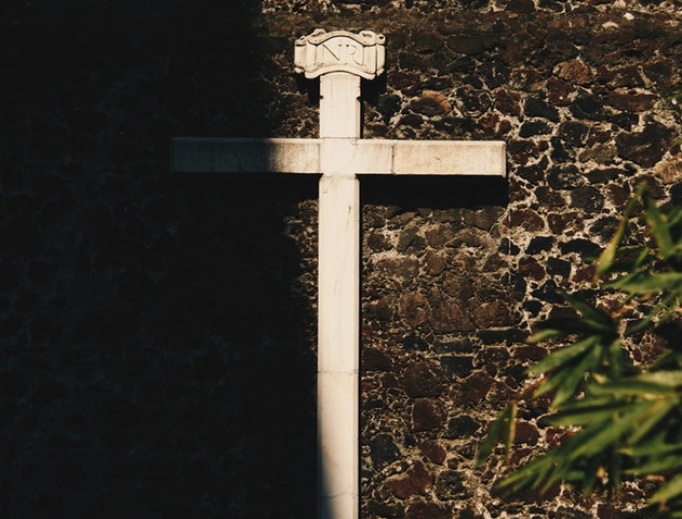 The decisive break with his Catholic faith — and religion entirely — came about one Good Friday for Colin J. Mason with little Hollywood drama — in fact, the moment he recalled was quite mundane. Mason, a cinematographer, had spent the afternoon with his therapist, sharing the personal crises afflicting his life. At a break, the therapist got up to reheat some ravioli in the microwave.

Offering Mason a bowl, the therapist suddenly remembered his 34-year-old client was Catholic and that Catholics fast and abstain from meat on Good Friday.

“Give me the ravioli,” Mason told his therapist, recalling the events to the Register. In that moment, he said, he concluded the long-drawn-out goodbye to the Catholic faith he held from childhood. He just let go.

Mason is one of many Americans who have disaffiliated or never affiliated with a religious tradition and are described by sociologists as “the Nones” — and they are the fastest-growing religious demographic in the United States.

According to a new analysis of the recently released 2018 “General Social Survey” data by Ryan Burge, a Baptist pastor and political scientist at Eastern Illinois University, 23.1% of Americans now identify as “Nones,” followed by Catholics (23%) and evangelicals (22.5%).

Burge posted on Twitter further data that showed the explosion of “Nones” is expected to continue to accelerate. The data from the “Cooperative Congressional Election Study” showed that, among “Gen-Z,” adults 18 to 22 years old, 40.4% identify as having “No religion.” Just 16.2% identify as Catholic, with 14.4% as evangelical. This comes at a time when the number of Americans who say they belong to a church, synagogue or mosque averages just 50%, a 20-point drop since 1999, according to Gallup.

Every “None” has his own story behind having no affiliation with a religious tradition or disaffiliating, both defying easy stereotypes and challenging Catholics to adopt person-oriented approaches for sharing their faith in Jesus Christ, built upon relationships of mutual trust, listening and respect, where the other person knows he or she is genuinely loved for his or her own sake.

Some “Nones,” like Mason, identify as atheists; others are agnostics. Some identify as spiritual or even Christian. What they all share in common is they do not or no longer identify with any organized religion.

Auxiliary Bishop Robert Barron of Los Angeles, the founder of the Word on Fire apostolate, told the Register that Catholics need to recognize that “Nones” are “certainly not monolithic.”

“Some have drifted away; others have stormed away. Some have had very little religious instruction; others are objecting to specific doctrines and practices,” he said. “Some are in their teens; others are in their 60s and 70s.”

Bishop Barron said sharing the Catholic faith requires “a specific evangelical strategy” that acknowledges where the “None” in front of them is coming from. A “rigorous apologetic approach,” he said, may be appropriate for persons with “clear intellectual objections” to the faith, whereas those who are “angry at the misbehavior of priests and bishops” may respond to “the cultivation of an attitude of welcome and the building up of trust.” Others who drift away may respond to the “way of beauty.”

But he said that contemporary proclamation requires Catholics to enter into digital spaces “in a way that is inviting rather than threatening,” instead of waiting on the sidelines at parish programs.

“Jesus told his first disciples to announce the Good News to the ends of the world. Last time I checked, that order has not been rescinded,” he said. “And the Risen Christ sent (and sends) his Holy Spirit to equip us for this work.”

Mason told the Register he felt at peace about going from Catholic to living with no religious belief whatsoever, similar to how many people feel at peace in converting to a religion, because “it allows me to live as my most fully integrated self.”

Mason said he does not rule out the possibility God could exist, but he is not convinced the arguments demonstrate God’s existence.

However, Mason said he is not non-religious due to poor faith formation. He described growing up with a solid education in traditional Catholic teaching in a Catholic, politically conservative household. His family went to daily Mass and prayed the Rosary daily as well as the Chaplet of Divine Mercy. In college, surrounded by devout Catholic friends, Mason engaged with the writings of Aristotle and St. Thomas Aquinas, including Aquinas’ proofs for the existence of God.

Mason’s doubts came early and later were reinforced by presentations of God that seemed to him either contradictory or unreasonable.

As early as 5 years old, Mason said, he objected to the notion that he could have a personal relationship with Jesus, when he could not see, hear, feel, touch or love him as another human person in front of him. It also did not help that some Catholics he encountered said they believed Jesus was truly alive but taught the faith and lived it like Jesus was really dead.

“The whole Catholic experience was Byzantine and arcane,” he said of his background.

Mark Gray, a researcher at the Center for Applied Research in the Apostolate (CARA) at Georgetown University, which has studied trends in the Catholic Church for more than 50 years, told the Register that “Nones” come from a cross section of religious communities, but mainly come from the Christian tradition.

Disaffiliation typically starts at an early age. Gray said the “None” is not typically an adult who was sitting in the pew and became angry about a homily. A St. Mary’s Press study found the median age for deciding to leave the Catholic faith was approximately 13 years old.

People give diverse responses for why they disaffiliate, Gray explained. Some say science has become their faith, while others cite lack of female clergy. They usually do not cite the sex-abuse crisis, Gray added, since people who are most upset with that crisis still identify with the Church in some way. But when sociologists bring up the issue, “Nones” sometimes affirmed the crisis as a supporting reason to disaffiliate.

Gray said the trends show the Church cannot count on them, or their children, coming back for cultural or social reasons, like baptisms, first Holy Communions or weddings.

“Within the last decade, we’re seeing the kids of the unaffiliated remain unaffiliated,” he said.

Approximately 12%-13% of “Nones,” Gray explained, are actually unaffiliated Christians who identify not with a broader faith tradition, but may belong to a storefront or unaffiliated church because they identify primarily with that local community of Christian believers.

Alberta Lindley, a retired veteran living in Florida, is among those who would be considered unaffiliated Christians.

“I didn’t lose my faith in Jesus — I lost faith in man-made institutions,” the former Episcopalian said. Lindley said she raised her children Catholic — but was turned off to the Catholic Church by “cafeteria Catholics” whose Sunday worship made no difference in their lives, and other Catholics who told her point-blank she was “going to hell” for believing in Jesus without being Catholic.

“I kind of feel lost right now, looking for a home church,” Lindley said, adding that she and her husband want to feel at home among believers who “walk the walk.”

Curtis Martin, the founder and CEO of the Fellowship of Catholic University Students, emphasized “authenticity” in relationships, as modeled by Jesus, is key for Catholic evangelism.

FOCUS works on college campuses to find core groups of people who want to follow Jesus in an intentional, authentic way. The medium is through “authentic friendship,” which could be built on common activities such as hiking, a cookout or discussion over beer or coffee.

Martin said this is how Catholics have to propose the faith to the “Nones”: as God wanting “to be in love and covenant with them” and show it by the witness of their own lives.

As a “None,” Mason also agreed that any productive discussions about faith and God have to take place within true friendship, without predicating the relationship on making a convert at the end of the day. The other person, he explained, will feel like they’re being used as a means to an end and not loved as a true friend with a “convert-focus” approach.

“You have to value that friendship for its own sake,” he said, explaining “that is where authentic dialogue takes place.”

From ‘None’ to One

At this past Easter vigil, Steven Ferrel came into the Catholic Church at Holy Spirit parish in Steven’s Point, Wisconsin. The 23-year-old said his grandmother took him to the Assembly of God church when he was 5 years old, but after she died, he ended up in different family situations that exposed him to Jehovah’s Witnesses, Mormons, Lutherans and Baptists.

“I’ve had a taste of several different faith communities,” Ferrel said. Still, he never identified as a Christian and was not baptized. An interest in learning more about Catholicism — dormant since his teenage years — revived when Ferrel met the woman who would become his fiancée and her Catholic family. He started exploring the Church in January 2018, but Ferrel found many Catholic parishes failed to recognize a new face in the back of church and show any kind of welcome — except one: Holy Spirit parish.

“People came up to us and said hi,” he said. Besides the church community welcome, the priest’s homily prompted him to think deeply about his life, following that first Mass. He had further positive conversations with the parish priest and enrolled in September RCIA classes, which focused on becoming a disciple of Jesus Christ and living that call as a Catholic.

Ferrel said he came to a powerful conviction that, through all the turmoil of his past, “God still loves me and wants me to become part of his Church.”

He said he’s looking to grow in his relationship with Christ through ministry to the homeless. Now that he’s in the Catholic Church, he said, “I feel like I’m at home.”

Psalm 144.12
that our sons may be as plants grown up in their youth; that our daughters may be as corner stones, polished after the similitude of a palace.
King James Version 1611, American Edition