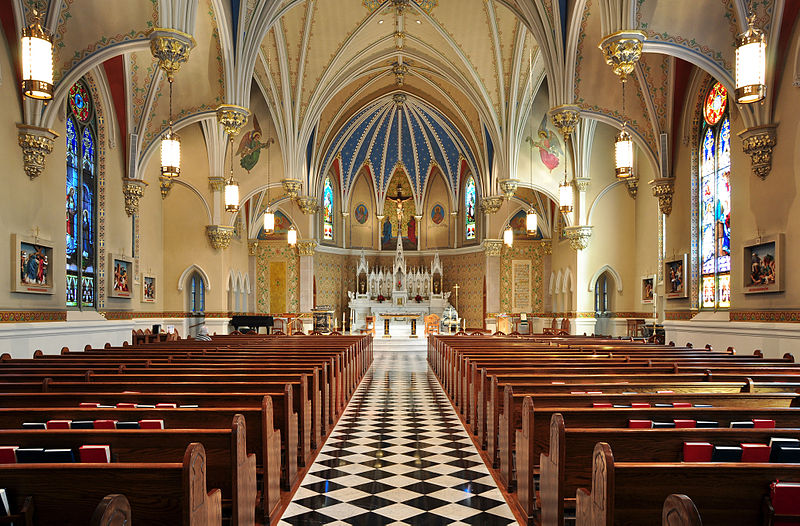 The Catholic Church has spent at least $10.6 million lobbying against legislation that gives sexual abuse victims more time to seek justice in courts ― and that’s in the Northeast alone, according to a new report.

The law firms ― Williams Cedar, Seeger Weiss, Abraham Watkins, and Simpson Tuegel ― have collectively represented more than 300 survivors of clerical sexual abuse across the country. They obtained the data about the church’s lobbying efforts from public filings.

Of the eight states studied, the largest amount of lobbying money ― $5.3 million ― appears to have been spent in Pennsylvania. Last August, Pennsylvania’s attorney general, Josh Shapiro, released the results of a two-year grand jury investigation into sexual abuse and cover-up in six Catholic dioceses in the state. The investigation identified over 1,000 victims and 301 “predator priests,” and jurors recommended changes to the state’s statute of limitations.

Catholic Church officials across the country have been particularly wary of attempts to open retroactive windows, arguing that reviving old claims would be financially crippling to Catholic schools, parishes and charities.

Shapiro told NBC News that he believes the church’s “extensive lobbying” in his state shows that it cannot be trusted to police itself. “It’s reprehensible that the church continues to spend significant sums of money fighting these reforms, instead of protecting and supporting the victims of clergy sexual abuse,” he said.

The Pennsylvania Catholic Conference, the lobbying arm for bishops in that state, told HuffPost that it has not reviewed the law firms’ report.

“For more than a half century, the Pennsylvania Catholic Conference has lobbied on a myriad of issues that are important to people of the Catholic faith,” communications director Al Gnoza said in a statement. “We do not have a breakdown of costs, but our lobbying budget funds this broad effort.”

The law firms’ report suggests that the Catholic Church in New York spent $2.9 million lobbying against the Child Victims Act. That measure was signed into law this February.

The state’s bishops dropped their opposition to the Child Victims Act in January after the bill’s sponsors adopted language that made clear that the act applied equally to public and private institutions. And Dennis Poust, communications director for the New York State Catholic Conference, disputed the idea that the bishops ever sought to prevent statute-of-limitations reform.

“The Bishops of New York State long supported efforts to extend the civil statute of limitations prospectively, and they also supported — and continue to support — legislation to completely eliminate the criminal statute of limitations for child sexual abuse,” Poust told HuffPost. “As we approach the implementation of the law, the Bishops of New York State remain focused on putting victim-survivors first, and ensuring that all are afforded the opportunity to be heard and compensated as they heal, wherever their abuse occurred,” he added.

She said that when activists first started pushing for reform about 16 years ago, the New York bishops were adamantly opposed to any changes to existing law. They conceded ground slowly over the years, Hamilton suggested, fighting reform the whole way.

“Essentially, they were boxed in. They had no more arguments against it and they really had no choice,” Hamilton said. “They had to come out and say they supported [the Child Victims Act].”

As for the law firms’ report, Hamilton said that, if anything, it likely undercounts the amount of money the Catholic Church has spent on lobbying in Northeastern states.

“The report is helpful, but it’s just scratching the surface of the might of the lobbying efforts against victims,” she said.

Psalm 115.14
The Lord shall increase you more and more, you and your children..
King James Version 1611, American Edition