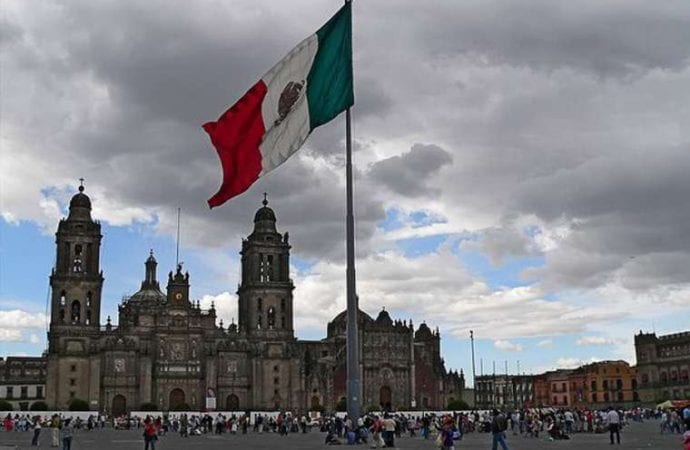 Although it doesn’t usually make headlines, the Catholic Church in Latin America is using its voice in opposing corruption, calling out drug traffickers and “building bridges” during political crises.

Cardinal Carlos Aguiar Retes of Mexico City, applauded an initiative called Unidad Nacional [National Unity], in the defense of Mexico and in favor of the friendship with the United States. The event was promoted by the national government.

The event, he wrote in a statement, is an “opportunity towards national unity and the search for the common good, as it is a collective effort that goes beyond ideologies, political parties and opinions.”

Aguiar Retes also noted that Mexico today lives a “delicate moment” regarding the bilateral relationship with the U.S., writing that “from the North, we observe a unilateral imposition; from the south we observe an enormous crisis of human rights in which entire families look for a dignified treatment and opportunities to improve.”

The cardinal was referring to the thousands of Central Americans who have been trekking through Mexico in an effort to gain admittance to the United States.

Aguiar Retes said that the signed agreement reached on June 7 by the two countries shows that dialogue is a way of “expressing the fundamental values of two democratic countries.”

“The respect for human rights, solidarity for the common good and the promotion of being a good neighbor” are values for which democratic countries searching for justice and peace must work together.

“We celebrate that an agreement was reached not to impose tariffs on Mexico,” Aguiar Retes wrote. He also said that inspired by the witness of Pope Francis, the Church works for justice and peace, and asked the Holy Spirit to “accompany future dialogue among those negotiating so they can reach a definitive agreement that benefits both nations.”

The Unidad Nacional event took place in Tijuana, and was called for by President Andres Manuel Lopez Obrador. It was a political rally of sorts, in “defense of the dignity of Mexico and in favor of the friendship with the United States.” Participating were politicians from various parties, members of the government and other influential Mexican figures.

It was originally aimed to address the threat from the U.S. government to impose tariffs on goods from Mexico. The tariffs were set to be imposed this month, but the agreement announced on Friday prevented this.

President Donald Trump announced an agreement was reached on Friday. However, officials from both countries told the New York Times the concessions made by Mexico were not new, and had been agreed to in March.

Trump announced the tariffs hoping to force Mexico to reduce the number of Central American asylum seekers and immigrants arriving at the U.S. southern border. The tariffs would have been devastating for the Mexican economy.

The two countries, together with Canada, signed a new free-trade agreement in 2018, to replace the North American Free Trade Agreement (NAFTA) which originally came into effect on January 1, 1994.

Archbishop Sergio Gualberti of Santa Cruz, Bolivia’s most populous city, on Sunday denounced that the “tentacles of corruption and drug trafficking” have reached the institutions of the state, and called for an urgent reflection and examination of conscience to see where Bolivia is headed.

During his homily on Pentecost Sunday, Gualberti said that in the country there’s been a “multiplication of physical, psychological and sexual violence within the family; human trafficking; the division of social sectors.”

He also said there’s been a growth in the “lack of ethical and institutional honesty; and the octopus of corruption and drug trafficking with its tentacles has reached state institutions.”

In recent months, there’s been an increase in cases of corruption in Bolivia, many of which involve the armed forces. In addition, a member of the government was arrested for allegedly belonging to a drug trafficking gang.

According to Gualberti, it seems like there’s no space for the search of the common good in Bolivia, nor for rationality, understanding, and respect for the other. Instead, these have been replaced by an attitude of dominance and confrontation.

Bolivia is headed towards general elections on Oct. 20. With this in mind, the archbishop said that “this poisoned climate has a negative influence on this campaign season, when different candidates devote their energies in discrediting, slandering and attacking other candidates instead of presenting their programs and discussing proposals in mutual respect.”

Gualberti also called for an examination of conscience, asking if this is perhaps “the time to stop looking at the other as an enemy and respect him in his dignity as a person?”

The prelate also said that this might be a proper moment to foster tolerance, reconciliation and unity, working together for the common good and creating dignified living conditions for the poor, abandoned and forgotten.

Lastly, he said he hopes to see a “change of attitude” that leads to a Bolivia living in peace, away from practices such as abortion, which he said is not “the interruption of a pregnancy, but the extinction of an unborn boy or a girl and, therefore, a human person with the right to live.”

Cardinal Leopoldo Brenes criticized the urgency with which the pro-government legislators passed an amnesty law that will absolve the security forces – police, military and paramilitary groups – from the violence perpetrated against protesters since a political crisis erupted in early 2018. Hundreds of people have died in clashes and other acts of violence, and hundreds continue in jail as political prisoners.

“Many actions that we hurry to make, sometimes don’t carry enough weight,” Brenes, Archbishop of Managua, said, noting that it would have been  a“positive” step to speak with the survivors before approving it.

“A law as transcendental as an amnesty should have had consultations,” he said.

Nicaragua’s parliament, controlled by President Daniel Ortega, approved the law giving full amnesty to all the people who took part in the events that shook the country beginning April 18, 2018, until the present day.

Brenes avoided making any direct comment on the content of the law, but did say that the fact that all prisoners – some 800 of them, most young university students – will also be released is a “joy for the families.”

However, not every member of the Catholic hierarchy was as even-handed. Father Edwin Roman, from the city of Masaya, which has been heavily affected by the government’s repressive politices, criticized the law saying that it doesn’t offer any justice to the victims. He also called the pro-government legislators “accomplices in these crimes against humanity.”

“Criminals must pay for their crimes,” the priest said.

Psalm 53.1
The fool hath said in his heart, There is no God. Corrupt are they, and have done abominable iniquity: there is none that doeth good..
King James Version 1611, American Edition