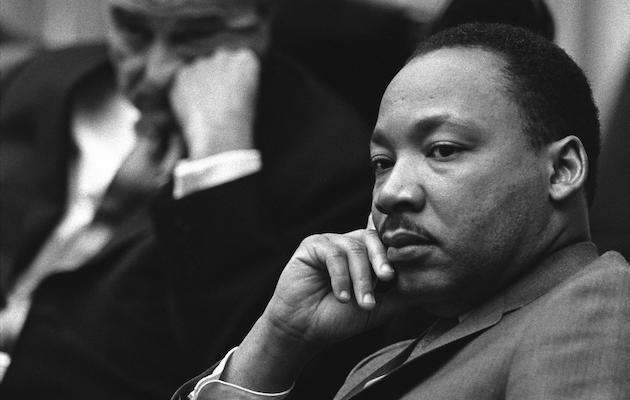 An investigation from FBI declassified documents, has revealed harsh accusations against Martin Luther King, the Baptist pastor who led the civil rights movement in the United States. The writer and researcher David J. Garrow published an article in the magazine Standpoint, where he summarized what he found in files that the FBI recently declassified related to the Kennedy period.

It is known that the FBI, led by J. Edgar Hoover, was closely following the steps of the Baptist leader, not only because of his influence in the civil rights movement, but also because of his opposition to the US participation in the Vietnam war.

These documents come from alleged eavesdropping – which will be revealed to the public in 2027 – in which there is also speculation about the funds that Luther King could have received from foreign entities related to the Russian communist regime.

Garrow, known for publishing a biography of Martin Luther King in 1986 that was awarded with the Pulitzer Prize, has entitled his article “The troubling legacy of Martin Luther King”, and invites readers and researchers to consider these new allegations and review MLK’s historical appreciation.

However, many researchers question the aforementioned documents. A report published in the Washington Post reminds readers that Garrow himself considered other FBI documents which related King to communist movements “unreliable”. In the biography he published in 1986, Garrow said that the FBI sought to discredit MLK in various ways, and therfore these documents should be treated with “skepticism”.

It is known that the FBI participated in a disinformation campaign to undermine King’s position, threatening him through letters which also were sent to his family. In some, the Federal Bureau even incited King to commit suicide. “J. Edgar Hoover is laughing in his grave today. After wielding the power of the FBI in a systematic effort to destroy Dr. Martin Luther King, Jr., Hoover died knowing that every reputable newspaper and magazine reporter and editor in America had refused to publish the garbage he and his agents created”, Clarence B. Jones said in a recent essay about Luther King.

“IT IS IRRESPONSIBLE TO BELIEVE THE FBI”

Emmanuel Buch, author of a biography on Martin Luther King, also doubts the accusations. “It strikes me that periodically the old accusations become news again”. “I wonder how it is possible that the evidences were not used then, when all the American intelligence services were focused on discrediting his figure. Why did not they do it then if they had the evidences?”, Buch says. Mario Escobar, historian and author of another biography about King, explaines that “the FBI created false evidences, but it is true that until the so-called ‘kitchen experience’, King cheated on his wife several times.

He only changed later”. “It is deeply irresponsible for a historian to cast such FBI sources, which can be deeply unreliable as fact”, Jeanne Theoharis, a professor of political science at Brooklyn College and the author of a biography of Rosa Parks, told the New York Times. “Most scholars I know would penalize their graduate students for doing this”, she pointed out.

THE IDOLATRY OF PUBLIC FIGURES

The life of Martin Luther King is exciting and the outcome of his fight are admired throughout the world. This can lead to generating an incorrect idea about a person full of nuances and personal struggles.

According to Buch, “his work as an activist, his theoretical reflection on the non-violent resistance founded on the teachings of the Bible, and his commitment to the cause of the civil rights of African-Americans and against the Vietnam War still remain, and are the facts that deserve my admiration”.

“Any moral reproach that would prove true, would only corroborate once again our imperfect condition, even as children of God”, the author of the biography added. Buch does not “agree at all with the tendency of some evangelical Christians to elevate to the altars those public figures who declare themselves evangelicals, as if we needed their affiliation to give prestige to our group”.

“Evangelicals are publicly portrayed by the selfless witness of thousands and thousands of anonymous men and women who embody in their daily life the values of the kingdom of God”, he said. And added: “When we give in to the temptation to claim renowned personalities in any social sphere as one of our own, we also make their miseries ours”.

Amid a Southern Baptist scandal, some evangelical women say the Bible’s gender roles are being distorted to promote sexism

Trump Evangelical Adviser: ‘God Is Not An Open Borders Guy’

Psalm 89.4
Thy seed will I establish for ever, and build up thy throne to all generations. Selah..
King James Version 1611, American Edition