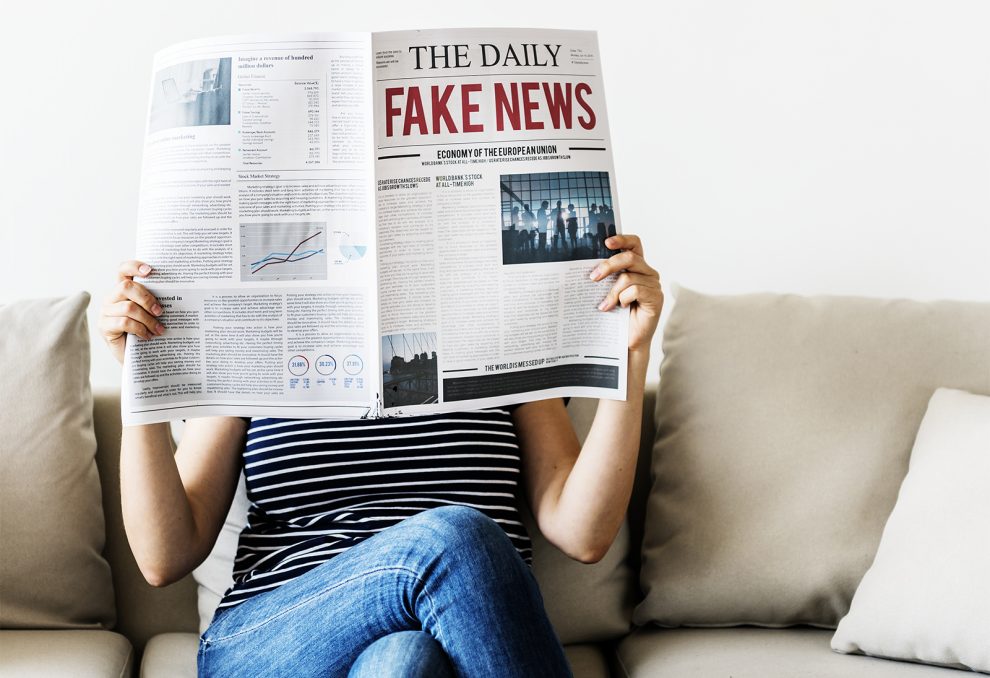 A new survey finds that white evangelical Protestants are more concerned about made-up or “fake” news than any other major religious group and are also the most likely to blame journalists for creating it.

According to a new report unveiled earlier this month by Pew Research, a majority of white evangelicals (59%) say they believe made-up news and information is a “very big problem” for the United States, with an additional 27% describing it as a “moderately big problem.”

By contrast, 50% of white mainline Christians, 42% of black Protestants and 46% of Catholics describe “fake news” as a very big problem. Forty-nine percent of religiously unaffiliated Americans also said the same, as did 50% of the general public.

The discrepancy adds to mounting evidence of a yawning ideological gap between white evangelicals and other American religious groups, one that could have political repercussions as the 2020 election season begins in earnest.

Decrying so-called fake news has been a key part of the political rhetoric of President Trump, who continues to enjoy robust support from white evangelicals. The president often accuses journalists of spreading misinformation, as he did on Tuesday (June 18) when he launched his re-election bid.

“That’s a lot of fake news back there,” Trump said while addressing a packed crowd in a Florida arena, pointing to a riser filled with journalists at the back of the room.

Of the other religious groups identified by Pew, 40% of white mainliners, 31% of black Protestants, 39% of Catholics and 28% of religiously unaffiliated Americans said the same.

Overall, 36% of the general public pointed to journalists as creating a lot of misinformation.

White evangelicals, at 47%, also are the most likely of those surveyed to say that they “often” come across made-up news and information.

Elizabeth Sciupac, a research associate at Pew, noted that white evangelicals and other religious groups share a common vision when it comes to fixing the issue of made-up news and information.

“Each religious group is more likely to say that the news media bears the most responsibility in reducing the amount of false information than they are to say the same about the public, the government or tech companies, although white evangelicals are the most likely to say this (68%),” she told Religion News Service in an email.