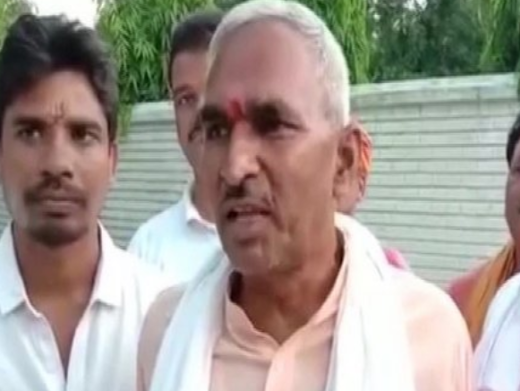 BJP MLA from Ballia, Surendra Singh on Tuesday stoked a possible controversy as he claimed that Indian culture and principle are being jeopardized in Muslim and Christian dominated regions.

The BJP leader, who is known for making controversial remarks, asserted that Indian culture is only reflected in the regions where Hindu population resides.

“The power of our country can be reflected in only those regions where people with Hindu ideology reside in large numbers. India’s culture and principle is being destroyed in those regions where Muslim and Christian populations are concentrated in a large number. There are few people who believe in ‘Bharat’ and ‘Bharatiya’,” he told ANI.

“God has sent Modi ji and Yogi ji as avatars in politics to keep India colourful with the idea of ‘Hindutva’ (Hinduism),” he said.

Psalm 59.13
Consume them in wrath, consume them, that they may not be: and let them know that God ruleth in Jacob unto the ends of the earth. Selah..
King James Version 1611, American Edition