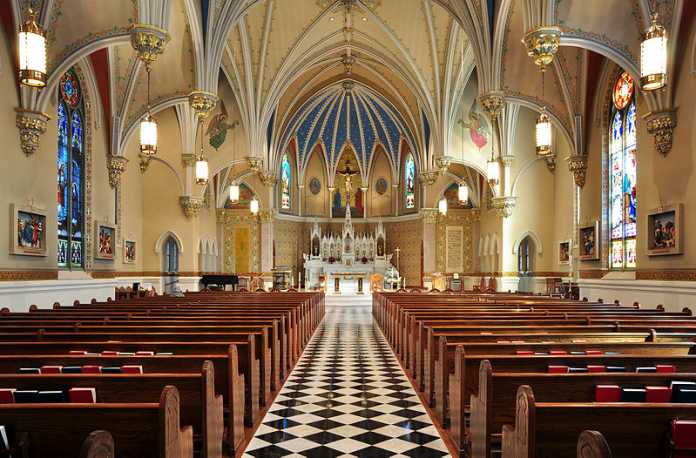 Dozens of Christian theologians condemned Christian nationalism in an open letter, highlighting a sharpening divide among Christians over the subject of nationalism.

The letter, published in the liberal Catholic magazine Commonweal on Monday, distinguishes between nationalism and patriotism, arguing that the former “forges political belonging out of religious, ethnic, and racial identities, loyalties intended to precede and supersede law,” whereas patriotism “is love of the laws and loyalty to them over leader or party.”

The signatories, which include Catholic, Orthodox, and Protestant theologians, “reject nationalism’s tendency to homogenize and narrow the church to a single ethnos,” arguing that “[i]f the church is not ethnically plural, it is not the church.” They also condemn the “xenophobia and racism of many forms of ethno-nationalism…as grave sins against God the Creator.”

The authors also contrast how nationalism and the church view migrants.

Their sentiments are echoed in a document prepared by the Baptist Joint Committee for Religious Liberty. More than 10,000 Christians have signed on to that document, which condemns Christian nationalism “as a distortion of the gospel of Jesus and a threat to American democracy.”

Stanley Hauerwas, professor emeritus at Duke Divinity School and one of the letter’s signatories, argues that nationalism is inconsistent with Christianity.

“Christianity is appropriately described as ‘catholic,’ whether you’re Protestant or a Roman Catholic, which is a description of the fact that Christians are united across boundaries in a manner that makes it impossible for Christians to kill other Christians in the name of loyalties that are more determinative than loyalty to Christ,” Hauerwas told the Washington Examiner. “So we are a ‘catholic’ people united by actual engagement with one another across time and space.”

This condemnation of Christian nationalism is the latest episode in a growing debate among Christian thinkers on the issue of nationalism, and the authors specifically referred to a March open letter published in First Things whose authors expressed skepticism of classical liberalism while embracing at least a form of nationalism.

That letter chastises the “pre-Trump conservative consensus” for embracing the liberal ideal of individual autonomy and for only paying “lip service to traditional values,” in the meantime failing to halt “the eclipse of permanent truths, family stability, communal solidarity, and much else.”

The authors “oppose attempts to displace American citizens,” contending that “[a]dvancing the common good requires standing with, rather than abandoning, our countrymen.” They also “resist a tyrannical liberalism” which “seeks to dictate our foreign policy and dominate our religious and charitable institutions.”

They embrace nationalism, they authors state, “insofar as it stands against the utopian ideal of a borderless world that, in practice, leads to universal tyranny.”

Mark Regnerus, a professor of sociology at the University of Texas and a signatory to that earlier letter, suggested two forms of nationalism are being discussed.

“I think we’re dealing with quite distinctive definitions of what nationalism is. Love of — and concern for — one’s country and what transpires inside it is hardly the insidious nationalism to which some people seem particularly attuned of late,” Regnerus told the Washington Examiner.

On the other hand, an “America-first (and perhaps only) mindset, together with some invisible antagonism against immigrants” would be “contradictory to what Christians owe to their neighbors elsewhere,” Regnerus said.

“[T]he Commonweal letter senses toxic nationalist themes that are simply not present in the letter I signed. Instead, there is a simple patriotism and concern for Americans who have been economically left behind,” Regnerus said.