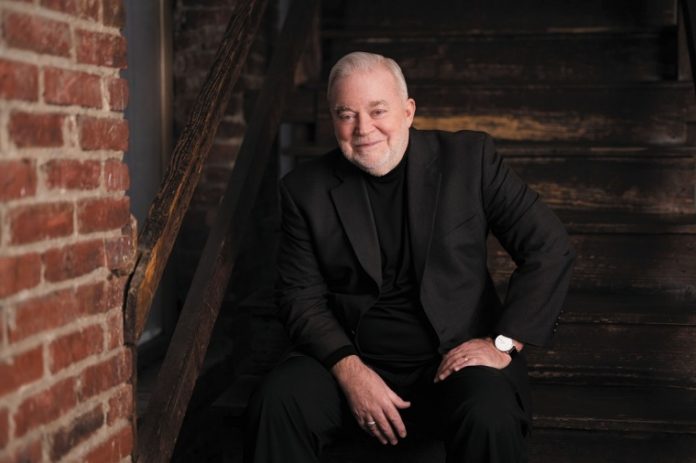 Titled Christ in Crisis: Why We Need to Reclaim Jesus and scheduled for release on Sept. 24, the founder of the group Sojourners wrote that he believes the United States is experiencing a political and religious crisis.

“I believe the questions Jesus asked or prompted are vital to our lives and our society—especially right now—both to Christians and to those who are of different faiths or no faith at all,” wrote Wallis in the prologue.

“Given our cultural conformities to starkly different values than he proclaimed, I think Jesus indeed needs to be reclaimed and is worth reclaiming.”

Wallis explained in an interview with The Christian Post on Thursday that he hopes Christ in Crisis will “create a conversation.”

“The narrative on faith and politics needs to be a better one in this 2020 election than we’ve had for a long time. Nobody controls religion, nobody controls God, nobody owns religion. Let’s have faith be the prophetic accountability,” said Wallis.

‘He did not create it, but he is fueling it’

Christ in Crisis centers on analyzing eight teachings of Jesus laid out in the New Testament, usually put into question format. These include questions on how to treat others, what truth is, and how to deal with government policies one disagrees with.

Wallis gives much attention to the current administration, critiquing the rhetoric, behavior, and policies of President Donald Trump, arguing that he is advancing unbiblical ideas like white nationalism.

Wallis told CP that he does not consider Trump to be the originator of these things, but he does believe that the president is more of “a consequence” of things like white nationalist sentiment.

“He’s showing and revealing what’s been happening for a long time. I think the disconnecting from Jesus goes way before Trump and also won’t be solved by an election. After this election, we are going to need a lot of healing in this country,” he said.

“This is not caused by Donald Trump, but I think he has revealed it. He has shown how disconnected we have become.”

Wallis went on to say that he believes Trump is “affirming our worst,” adding, “he did not create it, but he is fueling it. He’s lifting it up.”

Wallis argued that the actions and rhetoric of Trump have been so problematic, especially when it came to how the president dealt with white nationalism, that he does not believe Christians can support Trump any longer.

In Christ in Crisis, Wallis labeled conservative evangelical support for Trump a “Faustian Bargain” and wrote that “we must tell Christians who still publicly or privately support President Trump that his becoming a champion of white nationalism no longer makes that support possible.”

“Is racial bigotry a deal-breaker for the Gospel? I think it is,” Wallis said to CP, “especially when it is linked now to a global movement of white nationalism, which is exactly contrary to the Gospel, diametrically opposed to the Gospel.”

Wallis recounted a conference call he was on that featured several African-American and white evangelical leaders soon after the 2016 presidential election.

When a white evangelical leader explained the support he saw among his peers for Trump because of his stance on other issues, a black evangelical responded, “So racial bigotry for you isn’t a deal-breaker?”

“And that caused a silence on the call. And that’s the issue,” recalled Wallis. “I don’t think you can vote for it.”

‘A posture of welcome’

In the book, Wallis speaks about his vision for how theology should influence Christian politics, helping to reconnect American Christians to Jesus and to treat issues like immigration reform as “religious issues and not merely political ones.”

Wallis gave CP an example of his efforts, along with other Christian leaders of different theological backgrounds, to lobby for immigration reform on Capitol Hill.

“I would literally go over there with our team of the Catholic Bishops and the NAE and lots of people and we would have a meeting with the Republicans chaired by Lindsey Graham,” he said.

“We do that and then we’d go across the hall and meet with Schumer and the Democrats. And so, that was a bill that had some really good things. It wasn’t perfect, but there’s no bill in the Congress that’s ever going to be.”

Wallis felt that a key component in their efforts was to have “a posture of welcome” toward immigrants, as seen in the Bible when discussing how to treat the stranger.

“That posture of welcoming becomes the issue. And then you’ve got to figure out what’s the best way to fix a broken immigration policy. There’s differences about that, there’s political dialogue and debate. That’s fine,” he said.

“It’s our posture. It’s not that we all have to agree on exactly what the bill should be. I was negotiating with Republicans and Democrats in good faith … But it’s what the posture is, which really to me is a Gospel issue more than a just a political or partisan issue.”

Wallis stressed that he did not want the impression to be that any political party was the party of Christianity, but rather hoped that faith will “hold us all accountable, all of us across the spectrum.”

How Christians Can Show Christ during the Coronavirus Crisis

The true meaning of the rainbow

Psalm 129.3
The plowers plowed upon my back: they made long their furrows..
King James Version 1611, American Edition