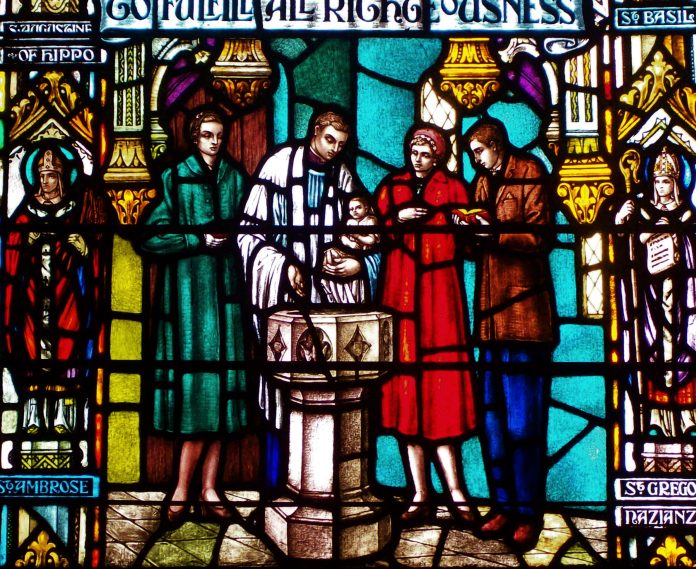 that’s one of the most important points to grasp about evangelicalism: It’s not a denomination. It’s not even a single tradition. It is, rather, a complex and fluid movement dedicated to the renewal of Christianity, largely among Protestants, though its efforts have occasionally reached into Catholicism. Its focus is on preaching the euangelion, a New Testament Greek word meaning “good news” or “good message.” The specific contours of that message are often debated: While most scholars of the movement hold to the Bebbington quadrilateral, some think a more complete picture is given by the Larsen pentagon. Those debates can get rather scholastic.

So if you need something a little pithier, here’s the definition that Kidd offers in his new book: “Evangelicals are born-again Protestants who cherish the Bible as the Word of God and who emphasize a personal relationship with Jesus Christ through the Holy Spirit.” It would be difficult to do much better in a single sentence.

So conceivably, if you are an Episcopalian like Jacobs or a Baptist like Kidd, you need evangelicalism to revitalize your particular Protestant tradition or communion. And yet the markers by which Jacobs describes his own church or Kidd’s is not the born-again experience or the centrality of the Bible. In fact, for Jacobs he identifies with a tradition to which born-again preachers in particular objected. Here’s how Jacobs describes his differences with Kidd:

Tommy is a Southern Baptist; I’m an Episcopalian, in the Anglican tradition descending from the Church of England. Very different things, one might think, and in some ways one would be right. Where Tommy’s Church has a praise band, mine has organ music; the central event on Sunday morning at his church is the sermon, while at mine it’s the Eucharist. And yet both of our traditions are closely connected, if in different ways, to evangelicalism.

The Southern Baptist Convention, the largest Protestant denomination in America, is generally, if not universally, evangelical: Just look at the uses of the term evangelical on the denomination’s website. There aren’t very many evangelicals in the Episcopal Church anymore—there aren’t many Episcopalians anymore—but most of the founders of modern evangelicalism, in the 18th century, were priests of the Church of England, and some of the more recent figures who are dearest to today’s evangelicals are also Anglican (most famously, C. S. Lewis).

Truth be told, Baptists are arguably closer to the sweet spot of experience and biblicism than Anglicans. Baptists generally understand their ministry by specific reference to producing conversion experiences and avoiding extraneous religious activities that distract from the Bible. Anglicans are pretty far from that outlook.
And yet, why would you, if a Baptist or an Anglican, also add evangelical to your identity? It feels a little like belonging to Red Sox Nation but then adding that you are really a fan of baseball. Or sort of like being a citizen of the United States but having a higher loyalty to human rights. Or even like being married to a specific woman but having a greater attachment to women in general.

This is just one way of saying that evangelicals always feel like they had their fingers crossed when they joined a particular congregation. They are merely condescending to belong to this particular Protestant group, all the while knowing what real Christianity is and how far Baptists or Anglicans fall short.

I’ve said it before and I’ll repeat myself. The Protestant Reformation was not a revival. It was a reform. It spawned efforts to form specific communions that were “reformed according to the word.” This meant that forms mattered — forms for doctrine (creeds), worship (liturgy and song), and for ordination (church polity). Those forms might need to be revisited and revised. But the forms were the object of reform, not a pious aspiration that always stood aloof from embracing any particular Lutheran, Anglican, or Presbyterian communion of churches.

If that’s a plausible way of distinguishing the Reformation from revivalism, all the more I don’t understand why a Baptist or Anglican feels the need to add evangelical to his or her church identity.

If You Don’t Want to be An Evangelical, Become a Protestant

Psalm 7.1
O Lord my God, in thee do I put my trust: save me from all them that persecute me, and deliver me.
King James Version 1611, American Edition