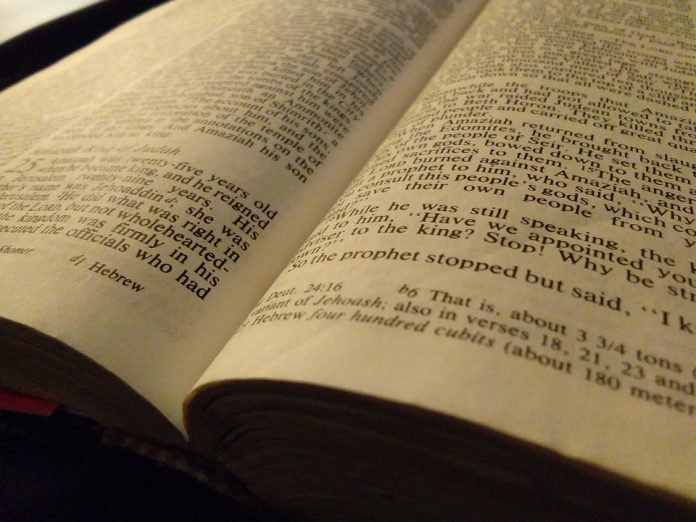 Well over a decade ago, I was doing postgraduate work at the University of St. Andrews and the place was abuzz with exciting news. Robert Jenson was coming. A close friend of mine was writing his dissertation on Robert Jenson. He was excited. I was too. Jenson, who passed away in 2017, was by this time already established as one of America’s premier theologians, so this was a momentous occasion.

We crammed into College Hall, a small, boardroom-style meeting space, to hear from the living legend. From the back wall, Samuel Rutherford’s puritan portrait gazed down on our gathering, as it does on every gathering in that room. Truth be told, he might not have been so excited to hear from this ecumenical, Lutheran theologian. But he couldn’t go anywhere. So, he listened too.

At some point during the conversation, someone asked a snarky question. “Who wrote the Bible?” The ability to ask good questions in these kinds of settings is a learned skill (I’m still learning). I didn’t think this duck had any wings. Even the tone of the question seemed off: a kind of awkward jab at simple profundity. But Jenson took the question seriously and turned the moment from an awkward jab into one of, well, simple profundity.

“Years ago,” Jenson answered, “I would have pulled my historical critical commentaries off the shelf and talked about the theology of the Jahwist, the various communities of the early church behind the gospels, etc.” In other words, Jenson would have given the best critical answers of the day about the human authorship of Scripture. “But now,” Jenson concluded, “I just say God.”

If what Jenson says is true, and I believe it is with every fiber of my being, then everything changes in our approach to reading the Bible. For all the advancements over the past two centuries regarding the human authorship of Scripture—and these are enormous and illuminating—the divine authorship of Scripture remains prior; it shapes our approach to every aspect of reading and reception. At least it does so for those whose reading of the Bible takes place in the church. To speak of Scripture’s authority or its “canonicity” assumes a confession of faith regarding its singular Source.

It doesn’t take great effort to find different human voices peeking through the Bible’s vast sweep, even when identifying those voices can be challenging. For example, we know Isaiah’s register is different than Paul’s. Proverbs seems a far cry from Numbers. Matthew’s narrative emphasis shades in directions other than John’s. Song of Solomon resides in an entirely different universe from Philippians. In fairness, the religious and social forces at work behind these differences cannot and should not be denied. But Bible scholarship—and bear with me here if this seems hostile—often suffers from theological and metaphysical anemia.

Psalm 24.5
He shall receive the blessing from the Lord, and righteousness from the God of his salvation..
King James Version 1611, American Edition