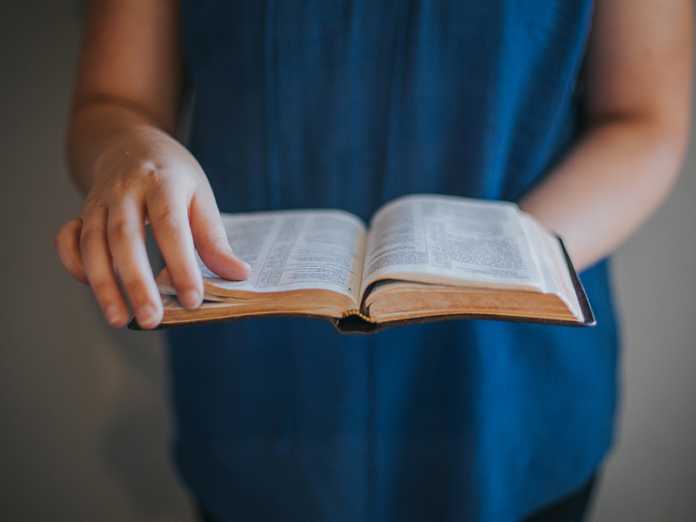 We tend to think of America today as fractured in just one way — between Republicans and Democrats — but the picture is, and always has been, a lot more complex. Religion and race play key roles in dividing the nation, and a look at history shows these fractures have often been severe.

Far from being the mediating force in American politics, religion, when put into the mix, makes the political and racial issues of America stand out in graphic relief. It will be incumbent on those of good will in the 2020 election cycle to try to make peace, not war.

Given the history of divisiveness in religion in American politics, particularly when it comes to Christianity and presidential politics, that probably won’t be the case. But any hope rests upon acknowledging truth about what holds us apart.

History may not provide the best roadmap for possible solutions to the fractures that divide us, but examining some of these inflection points can help us to understand where we find ourselves and how to navigate these tough times. The role of religion in our national political divisions has evolved, but much of today’s difficulty stems from developments set in motion decades before.

Religion and the 1960 election

Consider the candidacy of Al Smith for president of the United States in 1928. Smith, whose Irish parents immigrated to America, was vilified for being Catholic at a time when many immigrants were Catholic, and Catholics were believed by Protestants to be suspect because of the papacy. Many believed that if a Catholic were to become president, the office would be subject to the whims of the pope, and not for American concerns.

That sentiment would carry forward to the 1960 election, when John F. Kennedy, an Irish Catholic, ran for president against Richard M. Nixon, a Quaker.

The divisions over Kennedy’s Catholicism didn’t just reflect the fears of mainstream everyday Protestant Americans; for some Protestant leaders and public figures, reactions to Kennedy’s religious beliefs presented an opportunity to seize power by using that fear to their advantage. Their actions represented a growing and interrelated trend in American politics: capitalizing on fear-based religious fervor or racial animosity to direct a political agenda.

Among these leaders was Rev. Billy Graham, friend to Nixon. Graham would hold a secret meeting of prominent pastors in August 1960 in Montreux, Switzerland, to plan how to mobilize against Kennedy. The pastors met stateside a few days later in New York City, without Graham, but with Norman Vincent Peale, author of “The Power of Positive Thinking” and pastor of the Marble Collegiate church (where Donald Trump attended) as the face of their coalition. Peale, best known today as a formative influence on Trump, was notoriously anti-Catholic and told the gathered ministers, “Our American culture is at stake. I don’t say it won’t survive, but it won’t be what it was.”

The event backfired and gave Kennedy the opening to deliver a speech to the Houston Ministerial Association on Sept. 12, 1960, assuring the Protestant ministers and others that his Catholic faith would not get in the way of his decision-making ability as president of the United States.

Religion has often been the staging ground for stoking more localized fears as well — especially around issues of race. The civil rights movement was fraught with these divisions.

The White Citizen’s Council (WCC), started in 1954 in Indianola, Mississippi, in the wake of Brown v. Board of Education, and councils soon sprang up in communities across the South. Believing that many of the people involved in the civil rights movement were communists, the WCC — most of whose participants were church members and whose violent activism was hidden behind strong statements about citizenship, politics and morality — employed strategic ways to hit back at the civil rights movement in cities in the South.

In order to stop the Montgomery Bus Boycott led by Martin Luther King Jr., for example, the WCC pushed insurance companies to cancel auto insurance policies issued to Black churches throughout the South. Members also were responsible for violence throughout the South, including the murder of Mississippi activist Medgar Evers. WCC members are also believed to have bombed King’s home.

In addition to civil rights in the 1950s and 1960s, religious voices also helped to shape debates in the 1970s over the role of the church in women’s rights. Black and white women would come together to support organizations like the National Organization for Women (NOW) and the Equal Rights Amendment.

In contrast, Catholic laywoman Phyllis Schlafly mobilized evangelical white women against the ERA with the Stop ERA Campaign. Schlafly became the face of a formidable conservative force that declared victory in defeating the ERA, and would go on to join forces with other evangelical political action committees in the 1980s by establishing the Eagle Forum to promote the concerns of right-wing Christians.

And perhaps no political issue has been more shaped by religious division than abortion, which brought together two groups who had opposed each other in 1960: white evangelical Protestants and white Catholics. Following the Supreme Court decision in Roe v. Wade in 1973, the anti-abortion movement brought these two groups together in an effort led in part by a man, Francis Schaeffer, who would awaken evangelicals like Jerry Falwell to the pro-life cause and motivate him to recruit others to the fold. These pro-life evangelicals would become a potent political force and form the backbone of the so-called “religious right.”

The rise of the religious right

The rise of the religious right as a political force would prove a boon for Ronald Reagan, which in turn offered a reciprocal and lasting boost to the religious conservatives’ political fortunes. In a campaign address on religious liberty, Reagan would indicate his support for the Moral Majority and evangelicals by saying, “You can’t endorse me, but I can endorse you.”

Reagan’s ascendancy in the late 1970s and throughout the 1980s energized evangelicals and religious conservatives in the 1980s and beyond, mostly across racial lines. For example, Falwell defended the pro-apartheid government in South Africa, while Black churches supported the anti-apartheid movement and figures like Nelson Mandela and Bishop Desmond Tutu.

This decade also brought the growth of organizations like James Dobson’s Focus on the Family, the Family Research Council (co-founded by Dobson with Tony Perkins, Gary Bauer and George Alan Rekers) and Donald Wildmon’s American Family Association. These were ostensibly church-related organizations dedicated to family issues and became powerful lobbying organizations in Washington, aligning themselves with the Republican Party.

The issue of same-sex marriage would be one of the defining political divisions of the early 2000s, in part because many Black churches sided with conservative evangelicals in their opposition to gay marriage. This newly forged political alliance between some Black and white evangelical Christians around anti-gay-marriage sentiment would lead some Black voters to vote for George W. Bush’s 2004 campaign, and to subsequently speak out against President Barack Obama for supporting same-sex marriage as well.

The divisions in Trump’s presidency are carved deep, those divisions echo new versions of a familiar song. Perhaps what the Trump era has laid bare is how nakedly church leaders’ support of him is about political power.