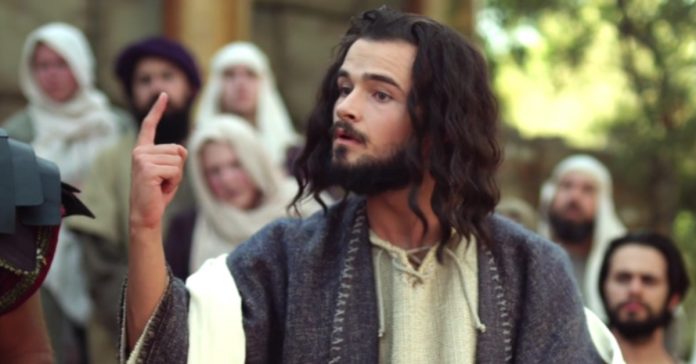 The estimated 70 million deaf people around the world who communicate by signing could have a Jesus Film in their own heart language within several years thanks to a crowdfunded project by Deaf Missions and the Jesus Film Project.

The ministries have raised $746,000 of the $4.8 million needed to fund the project, which will involve actors and actresses signing with American Sign Language (ASL), which is used by 70 million people worldwide.

As of now, deaf people must rely on closed captioning to watch a movie about Jesus.

Chad Entinger of Deaf Missions said a Jesus movie with sign language would make a major impact in spreading the gospel. It would be the first movie of its kind.

“The heart language, it’s related to a person’s identity,” Entinger signed through an interpreter for Mission Network News. “For a person to see something in their heart language, that really will capture their heart, and they’ll feel, that person will then, will feel like ‘Oh my goodness, they’re actually communicating to me. This is my language.’”

Deaf Missions’ Jesus Film would use native signers to “bring the story of Jesus to life” from a “Deaf perspective for a deaf audience,” according to the ministry’s website.

“We really believe that God can and will use the movie in sign language to reach deaf people,” Entinger signed.

The movie could change that perception.

“We really believe that God can and will use the movie in sign language to reach deaf people,” Entinger signed.

It will be a full-length movie. A 10-minute pilot already has been filmed.

“We have seen tremendous growth in Deaf communities when they have access to resources in their heart language,” Deaf Missions says on its website. “A lack of resources for the Deaf is a critical barrier between the Deaf and the Gospel of Jesus. Technological advances make the distribution of resources to the Deaf more possible now than ever before.”

———–
Michael Foust is a freelance writer. Visit his blog, MichaelFoust.com.

Psalm 72.14
He shall redeem their soul from deceit and violence: and precious shall their blood be in his sight..
King James Version 1611, American Edition