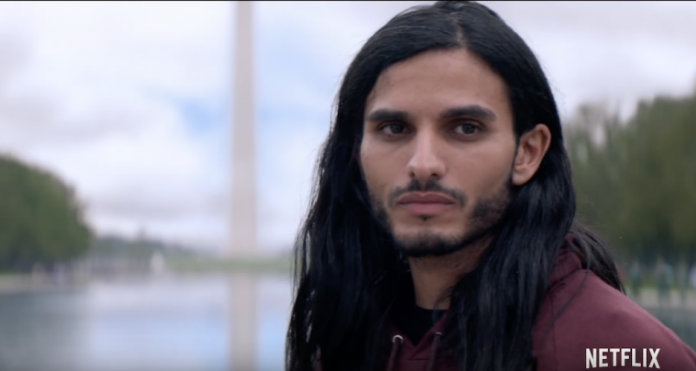 The Netflix series “Messiah” produced by Mark Burnett and Roma Downey has perplexed Jesus followers who are left wondering what message the series creators were looking to share in this obscure show.

Will he “convert you or con you?” the 10 episode series trailer for “Messiah” asks.

The series was released Jan. 1 and stars “Mission: Impossible” actress Michelle Monaghan. She plays CIA agent Eva Geller who is determined to get to the bottom of a worldwide phenomenon surrounding a religious man referred to by some as Al-Masih (Mehdi Dehbi) who claims to be sent by God.

Created by Michael Petroni, “Messiah” depicts peoples’ reactions toward an ambiguous Christ-like man claiming to be sent by God. He builds a worldwide following of people from different religious backgrounds, including Jews, Christians and Muslims. What also makes the series compelling is that the filmmakers imagine how secular society might respond to a man claiming to be the Messiah in this day and age.

A conflicting part of the series is that Al-Masih never states what he believes. Many of his attributes mimic Christ, such as walking on water and raising the dead, among many other things, but this second coming is not in line with what Scripture says. The Bible is clear that Christ’s return will be a sight the entire world will behold.

Revelation 1:7 states: “Behold, He is coming with clouds, and every eye will see Him.” That verse specifies that there will not be a person in all the Earth who will not know of Jesus’ return. But “Messiah” introduces Al-Masih as a prophet of some sort who slowly builds a cultlike following.

While the series has great production quality, a high-profile cast and its sense of mystery makes for a compelling story, it’s unclear what the motive is behind it.

Burnett’s and Downey’s involvement in the Netflix original suggests to most viewers that it has Christian undertones, much like their previous production “The Bible,” but this series’ even-handed delivery of religion appeals to multiple audiences, not just Christians.

“‘Messiah’ challenges us to examine what we believe and why,” said Petroni, the series’ writer, in a previous interview with Deadline.

His statement is accurate because the series does compel Christians to reflect on how easily deceived they might be if someone claiming to be the Messiah was performing similar miracles today as Jesus did thousands of years ago.

An interesting narrative explored in “Messiah” is Al-Masih’s relationship with a Baptist minister who was losing his faith when he came across the Messiah-like character. While the minister initially acknowledges that the Bible says the second coming of Christ will be in the clouds, he’s later converted and joins Al-Masih in his quest to fulfill what they believe to be “God’s will.” The minister even calls the man “the savior.”

“History has ended,” the edgy, high cheek boned Al-Masih repeats several times in the series. He also calls for world peace and says he is “here to bring about the world to come.”

Other topics discussed in the provocative series include abortion, infertility, alcoholism, and prostitution. After each episode, viewers are left feeling like they have no idea who this Messiah-like character is, they only know that he claims to be promoting equality among all people and considers himself to be a vessel for truth.

Packed with several solid teachings and the resounding message that sin brings punishment, season 1 of “Messiah” ends with the implication that Al-Masih might be either a hoaxer, a magician or a radical terrorist.

“‘Messiah’ is a series that will have the audience asking big questions. What if someone showed up in 2019 amid strange occurrences and was thought to be the Messiah? What would society do? How would the media cover him? Would millions simply quit work? Could government’s collapse?,” Burnett and Downey ask viewers to consider before streaming the series.

“Messiah” is now available on Netflix. The series is rated TV-MA (for mature audiences only), because it contains foul language and graphic sex scenes.

What Did Jesus Get Upset About?

Psalm 119.18
Open thou mine eyes, that I may behold wondrous things out of thy law..
King James Version 1611, American Edition