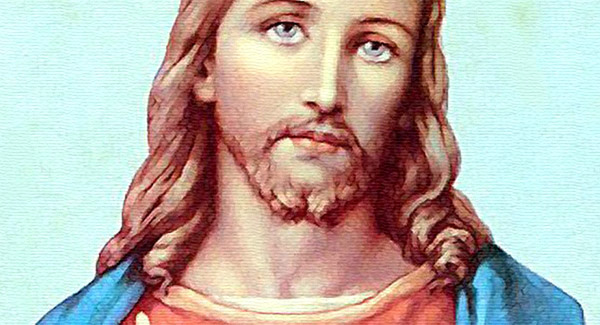 I’ve focused several times on the fact that evangelicals, in my opinion, get upset over the wrong things.  This came into focus again this past Sunday with the reaction of some evangelicals to the Super Bowl half-time show.  I didn’t see the half-time show as I was busy stuffing my face with great food and soothing adult beverages.  However, I have now watched parts of it and read some of the complaints, notably addressed here.  This one takes the cake though. Wow.

As many have pointed out already, you will forgive us, Mr. or Ms. Evangelical, if your complaints fall on deaf ears.  After all, many of you support a president, whether overtly or through your silence, who bragged about grabbing women by their private parts, paid off porn-stars, and is a serial adulterer.  He has spent his life objectifying women.  So please, sit down. You have zero moral authority to pronounce here.  And please don’t tell us the Bible does, because you hardly ever used that same Bible when it came to Mr. Trump.

Related is the reaction to Nancy Pelosi’s shredding of Trump’s state of the union speech as he concluded.  Her action pales in comparison to the ripping apart of immigrant families and the tearing apart of this republic by Mr. Trump.  That we would be offended by the one and not the other is incredible.  Again, sit down.

We all get upset by various things.  There is a wide swath of life that is subjective in this regard.  Something may upset me, that doesn’t upset you.  Mostly, these areas are all just pet peeves and things particular to each of us.  Many of them are based upon social, cultural, geographical, and age related, peculiarities.  Or, ignorance.

However, as humans, I would hope there are things that would upset all of us.  Things like cruelty, starving people, and the sufferings of the less fortunate in general.  I was never a fan of the, “What would Jesus do?” slogan or the idea we could know exactly what the Alpha and Omega, the “ground of all being,” would do in any given situation. That seems a bit much and a little arrogant.

Therefore, I’m not going to pose a question of, “What would Jesus get upset about,” as if we could simply copy some response or discern the mind of God regarding something that bothers us.  We often just want to justify our anger or actions, by noting that God would have done the same and we pull some verses out the Bible to prove our point.

I want to avoid that type of mentality.  What I do want however, is to simply note, from the Bible, instances where Jesus did get upset and the context for his being so. Take from that what you will.  And this isn’t an exhaustive study.  I’m sure I will leave many examples out. What I do note are just a few examples for the purposes of this post and its main point.

Probably the best-known example of Jesus getting angry, or upset, is in John 2:13 (and parallel Gospels), wherein we read:

New Testament Scholar Richard B. Hays writes of this passage:

“This incident is a forceful demonstration against a prevailing system in which violence and injustice prevail, a sign that Jesus intends to bring about a new order in accordance with Isaiah’s vision of eschatological peace.” (Pg. 335)

But notice this anger is directed at people in houses of worship, or today, what we would consider churches.  And these are, supposedly, church or religious people involved in the actions, to which, Jesus is responding.  What seemed to drive this anger and reaction was the intersection of mammon and worship—the economic profit off the religious devotion of others.  Let me think…where have I seen that before?  Oh, never mind, let’s get upset with these women and their dancing.

Another example of anger or being upset, if we are to judge by the language used, are the “seven woes” Jesus gives in Matthew 23.  Examples:

Again, these are directed not to the entertainers of his day, or women, but to the male religious authorities.  And it has something to do with seeing people through the prism of their inward heart attitude, and not by their outward appearances.  There is also the focus on greed, self-indulgence, hypocrisy, and lawlessness.

We also shouldn’t forget the focus, from the entire Bible, on issues of poverty, use of wealth, and the treatment of orphans, widows, and the stranger (or immigrant).  The OT prophets and NT writers took these matters very seriously and were angry or upset when these people were not treated well.  These are the areas where their time and focus were spent.

Let me address the anticipated question: “Can’t we be upset with both—the things Jesus is upset with in these passages and the half-time show?”  Well, yes, of course.  The problem though is one of scale.  One set of issues pales in comparison to the other.  The other problem is frequency, and thus, hypocrisy.  When one has been silent about the first, and often loudly complains about the second, such does not grant much weight to one’s display of outrage.  It’s not a false choice or dichotomy—it reveals a deep moral confusion regarding what should truly bother us.

Here is the question I have for evangelicals: Why is it you are frequently, publicly, upset about issues we rarely, if ever, see Jesus (or the OT or NT writers) getting upset about, even putting aside the obviously different historical contexts?  And, conversely, why are you rarely, publicly, upset with, or angered by, the same issues that seemed to bother Jesus and the prophets quite a bit?

Psalm 106.9
He rebuked the Red sea also, and it was dried up: so he led them through the depths, as through the wilderness..
King James Version 1611, American Edition

Jack Jenkins - 31 March, 2020
0
As Christian churches cancel in-person services to avoid contracting or spreading the novel coronavirus, many have rushed to embrace “virtual” Communion: Some celebrate via...