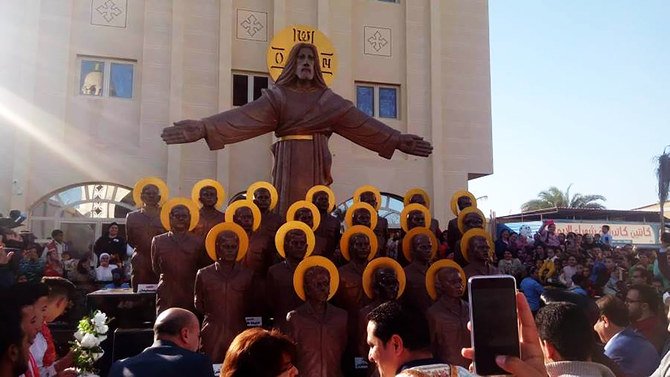 CAIRO: A museum has opened in Egypt to honor a group of Coptic Christians slaughtered by Daesh militants on a beach in Libya.

The museum is housed inside a church built to commemorate the 20 Egyptians and one Ghanaian who were taken hostage and beheaded in 2015.

The museum is located in Al-Aour village in Minya governate, where most of the victims came from. They were working in Sirte when they were captured.

Their gruesome deaths were filmed by the extremists and sparked global condemnation.

The museum includes a memorial of made up of 21 four-meter high statues of each of the victims in front of a monument of Jesus.

The massacre cased deep shock among the Coptic community, which has repeatedly been the target of extremist attacks inside Egypt.

After the massacre, Egypt retaliated with air strikes against Daesh camps.

Psalm 110.7
He shall drink of the brook in the way: therefore shall he lift up the head..
King James Version 1611, American Edition