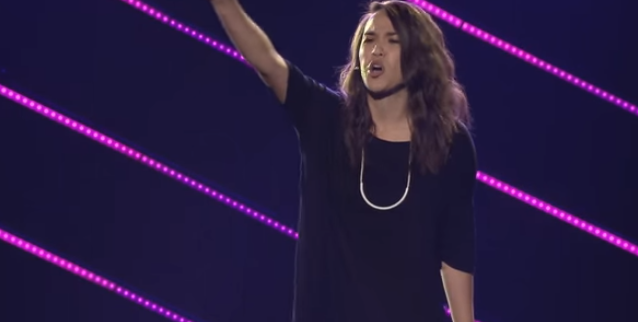 When it comes to fights, the Southern Baptists don’t mess around. Whereas other denominations and religious bodies (Methodists, Episcopalians) at least try to keep things looking civil on the surface, not so America’s largest non-Catholic flock.

When these Baptists want a street brawl, the rest of us need to clear the decks. And what’s interesting in this newest set of battle lines is how women are getting involved and helping redefine this battle as something bigger than theological jousting. It’s even more than sexual abuse and #ChurchToo.

It’s about whether women will ever be taken seriously in the SBC when problems first arise, not when things have gotten so bad, the police are being called in.

The more recent unrest bubbled to the surface about a week ago. Outside of the denominational press, Religion News Service has been the main outlet covering the fracas. This story gives some background.

The Southern Baptist Convention’s Executive Committee will launch a task force to examine the activities of the Ethics and Religious Liberty Commission, the convention’s public policy organization headed by the theologian and author Russell Moore.

Southern Baptist leaders fear controversy over Moore could lead to a drop in donations.

Moore, 48, who has been president of the ERLC since 2013, has been an outspoken critic of Donald Trump since the president began campaigning for the White House. In 2016, Moore called Trump “an arrogant huckster” and wrote an essay for the National Review citing “Trump’s vitriolic — and often racist and sexist — language about immigrants, women, the disabled and others.”

If you remember, Moore was forced to apologize for those remarks and meet with Frank Page, a former Executive Committee president, to reconcile. Tmatt covered the process here and here back in March 2017.

Mike Stone, chair of the Executive Committee, said in a news conference Tuesday (Feb. 18) that committee members have heard anecdotal accounts of churches withholding money or reducing giving because of concerns about the ERLC. He said that local church leaders and state Baptist leaders have expressed concerns in private but not on the record. The task force will give them a place to officially lodge their concerns.

Moore’s own commission hotly protested in this memo how the Executive Committee was trespassing on the ERLC’s turf, as established in SBC bylaws.

RNS followed up with another story naming the some of the folks who are withholding money because of Moore, namely Jack Graham, pastor of Prestonwood Baptist Church in Plano, Texas, one of the nation’s largest churches at 45,000 members.

Graham, one of the president’s evangelical advisers, felt that Moore’s criticisms of Trump and his evangelical supporters was out of bounds. He didn’t want his church’s dollars to support Moore’s work at the denomination’s Ethics and Religious Liberty Commission.

Prestonwood eventually starting sending money to the SBC again. But it has opted out of funding the ERLC, which Graham thinks has outlived its usefulness.

“The focus of the ERLC is not the focus of the mainstream of the SBC in terms of its approach to politics, to conservative thought and theology,” Graham told RNS in a phone interview this week.

Graham is not alone. About 100 of the denomination’s 46,000 churches said they would withhold funds from the Cooperative Program because of the ERLC back in 2017, according to published reports. Since that time, more churches have threatened to do the same, according to leaders of the SBC’s Executive Committee.

The article goes on to explain some of the hot water that former ELRC leaders have landed in during past years, meaning that whoever leads the group will always been in some kind of trouble. Life is complex in the age of Donald Trump.

What’s fascinating to me is how some of the SBC women are coming out in favor of Moore. Chief among them is author/teacher Beth Moore (no relation) who posted the below tweets on Feb. 19. She didn’t need to name names. Everyone knew what she was referring to.

The stuff I\u2019ve seen happen in the last 3 years to godly people who had guts enough to go against the grain over personal convictions is no joke. The intimidation tactics, the twisting of facts, the smearing of reputations, the threats to jobs. This stuff\u2019s real. 2 words: God sees

The stuff I’ve seen happen in the last 3 years to godly people who had guts enough to go against the grain over personal convictions is no joke. The intimidation tactics, the twisting of facts, the smearing of reputations, the threats to jobs. This stuff’s real. 2 words: God sees

Rachel Denhollander, the gymnast-turned-star-witness-against-sex-abusers, is also on the warpath against the SBC. The below tweet excoriates the convention for focusing more on what the ELRC has been doing than on rampant sex abuse in SBC ranks.

This is what happens when SBC leaders in the @baptistpress and @SBCExecComm defame a survivor and report violent abuse as an affair.

Which leaders did this to Jen and Debbie Vasquez? Are there others? No one will answer.

But you go ahead and investigate the ERLC. Priorities. https://t.co/d0DIUZxIOc

(Her husband is a doctoral student at Southern Baptist Theological Seminary in Louisville and the couple used to attend an SBC congregation in town, but felt forced out and have since taken refuge at a Reformed church.)

What is fascinating is how Denhollander, whose theological and legal knowhow dwarfs any of her critics, is tackling the usual barriers that people hide behind when confronted in church settings. Too often, the accused whine that they weren’t properly approached along the guidelines of Matthew 18, a chapter in the New Testament that talks about confronting a sinning brother or sister in the faith.

As someone who has tried using the Matthew 18 guidelines when calling someone to account and having been ignored in the process, I like how Denhollander reframes it.

This is what happens when SBC leaders in the @baptistpress and @SBCExecComm defame a survivor and report violent abuse as an affair.

Which leaders did this to Jen and Debbie Vasquez? Are there others? No one will answer.

But you go ahead and investigate the ERLC. Priorities. https://t.co/d0DIUZxIOc

The rage of evangelical women is the sub-narrative here (along with tensions linked to the growing clout of African-Americans and Latinos in the SBC). Look at what happened earlier this month when it was announced a female pastor would speak at a pastor’s conference before the annual SBC meeting this coming June in Orlando.

An uproar resulted. This article summarizes the disgust of some toward the involvement of any women.

Back to RNS in giving some background:

In a press release Friday (Feb. 14), Rev. David Uth, pastor of First Baptist Church in Orlando, admitted that he disagrees with the theology and methods of some of the speakers and guests scheduled to appear at the annual Southern Baptist Pastor’s Conference, which draws thousands of pastors and meets prior to the SBC’s annual meeting.

In Friday’s press release, Uth said that Wong would perform a spoken word selection and described spoken word as an art form of “sharing contemporary poetry in front of a live audience oftentimes performed with a musical background.”…

The controversy over Wong and other speakers is part of a larger dispute among Southern Baptists over whether women can preach in services and whether the role of senior pastor is only reserved for men. Evangelical pastor John MacArthur made headlines last year when he accused the SBC of “caving” on the issue of allowing women to preach and said that popular Bible teacher Beth Moore should “go home.”

I’ve not seen a whole lot of mainstream media jump into this maelstrom and I’m guessing they’re waiting to see what blows over and what does not. They also may think it’s all too inside baseball for their readers.

Relevant magazine has a decent video of Wong performing that I’ve included above this blog post. The article says more about how the Moore/Denhollander duo have called out SBC men for hypocrisy. Watch the video and notice how Wong appears closer to sanctified rap than anything else. Would you call it “preaching?”

Remember Paige Patterson, the former head of Southwestern Baptist Theological Seminary in Ft. Worth, who was fired after it was revealed that he refused to protect a female student after she reported a sexual assault? And how it was SBC women who urged he be removed back in 2018?

The Washington Post reported on the womens’ roles in all that back then. There’s now some kind of scandal involving a petition that called for Patterson’s removal and that pro-Patterson forces purposely falsified the signatures and tried to blame that deception on his enemies. Denhollander (does this woman ever sleep?) just posted the latest on this one, again wondering why she, as a non-Southern Baptist, is always the first one to speak out.

More corruption in the SBC. Turns out supporters of Patterson loaded that petition asking for Paige’s removal from SWBTS (over his horrific handling of abuse and deceit regarding it), with fake signatures, and then tried to invalidate the petition over those same fake signatures. https://t.co/z5fn71sgeS

More corruption in the SBC. Turns out supporters of Patterson loaded that petition asking for Paige's removal from SWBTS (over his horrific handling of abuse and deceit regarding it), with fake signatures, and then tried to invalidate the petition over those same fake signatures. https://t.co/z5fn71sgeS

I know it’s tough for media to keep track of every back-and-forth volley in this war, but it’s the women, chiefly Moore and Denhollander, who are driving this. There are others, like Jules Woodson, who are rising up through the ranks. They are the eyes and ears in this whole battle; they are media-friendly (to a point) and it’s to their interest to get more reporters on board with the what’s happening.

Russell Moore will almost certainly hang in there, as he always has. Whether Hosanna Wong will do so remains to be seen.

Psalm 22.27
All the ends of the world shall remember and turn unto the Lord: and all the kindreds of the nations shall worship before thee..
King James Version 1611, American Edition