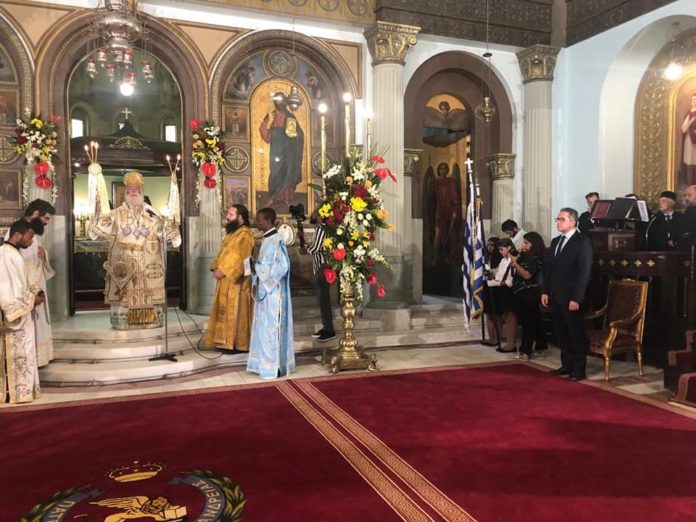 Egypt’s Orthodox, Evangelical, Catholic sects agree on unified personal status draft law for non-Muslims that Egypt’s Orthodox, Evangelical and Catholic sects agreed Monday on a new unified personal status draft law for non-Muslims, with the draft set to be submitted to Egypt’s Justice Ministry in March for revisions before passing it to the House of Representatives, Legal advisor to the Coptic Orthodox Church Monsef Soliman said.

Soliman said that there had been “some points of disagreement” regarding the wording of the draft law but not over its principles, explaining that the Catholic side was set on sticking to certain points in the draft law’s language.

He commented that although the disagreements between the Evangelical and Coptic sides were minimal, the Justice Ministry and the House of Representatives has been asked to redraft the law, so that any amendment would be enforced from the top down and not from the Catholics, which are bound by the regulations set by the Eastern Churches. Moreover, given the Catholic Church in Egypt is under the authority of the Vatican, the draft law cannot be signed without the approval of the Roman Catholic Church.

He also requested a translation of the draft law in Latin.

“There are some points of disagreement from (the) Catholics regarding the wording (of the draft law). (The) Orthodox Church wanted to add pastoral texts regarding marriage and others that we respect. However, (the) Catholics refused it under the pretext that (these issues) are included in the regulations (in different words).”

Soliman said that there is no disagreement on principle issues of belief, but that some points of contention revolve around the wording of the draft law. He explained, for example, that Catholics refer to divorce in the Orthodox Church as annulment of marriage because there is no divorce in Catholicism.

The main point of disagreement was divorce, according to Soliman, who explained that divorce exists in the Coptic Church, whereas only separation is recognized by Catholics. All the sects, however, managed to agree on other points concerning marriage, such as the terms of marriage and engagement.

Mohsen George, a member of the Coptic Church’s Congregation Council in Alexandria, which represents the laity of the church as opposed to clergy, also commented that the church will continue to adhere to religious rather than civil marriage.

The draft law aims to preserve the doctrinal constants of the Orthodox, Evangelical, and Catholic churches, George said.

The Coptic Orthodox Church has sought to have a unified personal status law for non-Muslims since 2011, aiming to prevent a possible crisis between the Church and the judiciary and to address the problem of Copts seeking a divorce, with the Church having only recognized apostasy and adultery as reasons for granting divorce.

Catholic bishops, meanwhile, reject divorce on principle, even in the case of adultery, with couples advised to separate only if one partner has committed adultery.

Yousef Talaat, the legal advisor to the Evangelical Church, told Al-Masry Al-Youm that all of the demands of the Evangelicals, especially those related to divorce, have been addressed in the final draft of the personal status law, pointing out that the evangelical church only recognizes two reasons for divorce — adultery and conversion to Islam or Judaism.

The Evangelical Church did not expand upon the reasons for divorce in the draft law, according to a representative from the church.

Meanwhile, spokesperson for the Roman Catholic Church in Egypt Father Hani Bakhoum said that the three sects had agreed during a session on January 19th, 2020 on the final text of the draft law, commenting that each sect contributed its views to the draft.

Egypt’s three Christian sects had embraced the draft law, but priests from the Evangelical Church did not recognize the signature of the head of their church, Safwat al-Bayady, and insisted on the application of the 1938 bylaws, which apply less stringent rules on divorce.

‘I have to find the Mecca of my heart’: Muslims grieve as hajj is drastically limited

Psalm 64.10
The righteous shall be glad in the Lord, and shall trust in him; and all the upright in heart shall glory..
King James Version 1611, American Edition