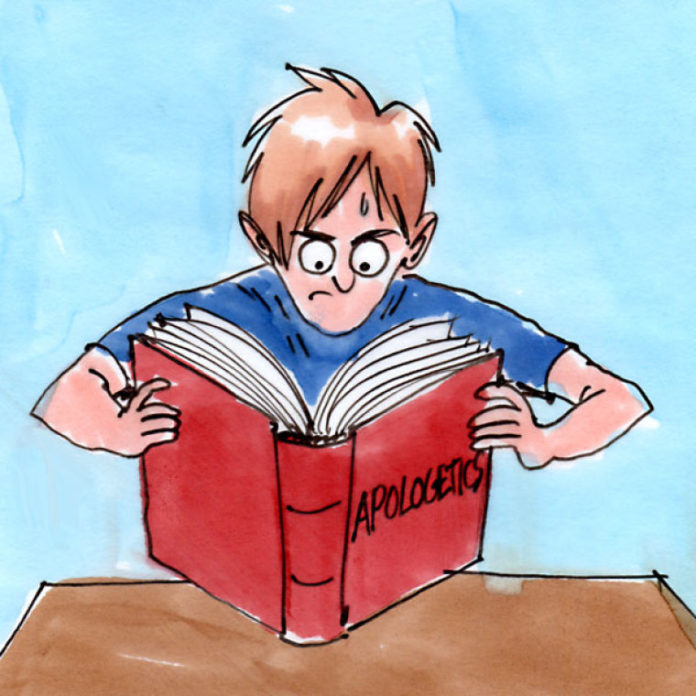 A California-based apologist who oversees a conference that has about 3,000 regular attendees recently addressed the reasons for why churches might object to apologetics ministries.

“I’ve had to convince a lot of pastors that showing up for an apologetics class, having an apologetics series for their student ministry is an incredibly valuable thing,” said Dena Davidson, campus life director of Thrive School who oversees the Thrive Apologetics Conference at Bayside Church.

“I do think there are a lot of pastors out there who are maybe a little bit jaded about, ‘Ah, apologetics doesn’t work. No one becomes a Christian because their questions get answered.’ And so I have had to face a little bit of that, for sure.”

Davidson was interviewed by Mikel Del Rosario of Dallas Theological Seminary on an episode of “The Table” podcast. She explained that she at her own church, she has been met with support for her ministry.

“I actually work in a church where it was our senior pastor who knew that we needed to have an apologetics presence on our campuses. And so he was the one who actually approached me and said, “Hey. I have this vision to do an apologetics conference. You’re doing something with apologetics. Can you run it?’” recalled Davidson.

“And I had no idea what I was saying yes to. I just thought that was so cool that my senior pastor was A, talking to me, and B, asking me to put on something that I love so much for the rest of the church.”

While she “did not have to convince that senior pastor that this ministry was valuable,” she has met some resistance from other churches. She cited two big reasons for churches resisting apologetics ministry, the first being a bad experience.

“After listening to their story, I just, in love, present a different option. And I say, ‘That sounds like really bad apologetics. But just because someone has done apologetics poorly doesn’t mean we shouldn’t do it. It means that we need to do it better.’”

Edifi gives you today’s most popular Christian podcasts all in a single app experience you can trust. Edifi’s powerful app aggregator offers the most Christian-centric streaming audio experience in the world today. Download edifi NOW for Free!

The second reason churches might be hesitant to do apologetics, according to Davidson, was that “it’s a lot of work.”

Del Rosario also asked Davidson if she encountered any challenges in the apologetics world, given that the field is more commonly associated with men.

She said she had “less than zero” problems, but acknowledged that “that’s not always the case” with others and that she has “been so fortunate.”

“If God has given you a gift for apologetics and a passion to use it, don’t necessarily just look for the doors that are not open,” she replied.

The Davidson interview comes not long after the reTHINK Apologetics Student Conference, a major apologetics conference held at Cottonwood Creek Church in Allen, Texas on Feb. 28-29.

“Evil doesn’t exist on its own. Evil only exists as a lack in a good thing. Evil is like cancer: If you take all the cancer out of a body, you’ve got a better body,” said Turek.

Turek also stated that “if you’re going to say something’s evil, you’re presupposing something’s good. But something good can only exist in an objective way if God exists.”

In 2018, Melissa Cain Travis, author of the “Young Defenders” book series, told Del Rosario in a “Table” podcast episode that Christian parents should start talking to their kids about the evidence for God while they are elementary school age, if not younger.

“Kids start asking these profound questions about ultimate reality from a much younger age than we would typically expect. And that was exactly what happened to me,” stated Travis at the time.

“What I have found through doing conversational learning with my kids, which is very much based on my personal learning in formal academic settings, I’m able to help build within them a confident faith.”

Psalm 69.36
The seed also of his servants shall inherit it: and they that love his name shall dwell therein..
King James Version 1611, American Edition