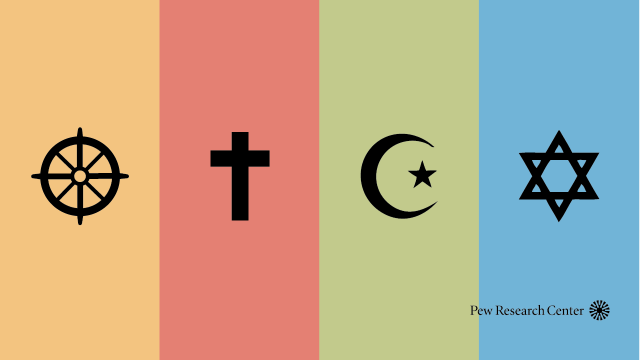 Who is the first person who comes to mind when you think of Catholicism?

If your answer contains the word “pope,” you’re in good company. More than half of U.S. adults name the pope (47%) or a specific pope (7%) when asked that question, according to a new analysis of a Pew Research Center survey.

The survey, conducted Feb. 4 to 19, 2019, asked respondents to name the first person who comes to mind when they think about Catholicism, Buddhism, evangelical Protestantism, Islam, Judaism and atheism.

How we did this 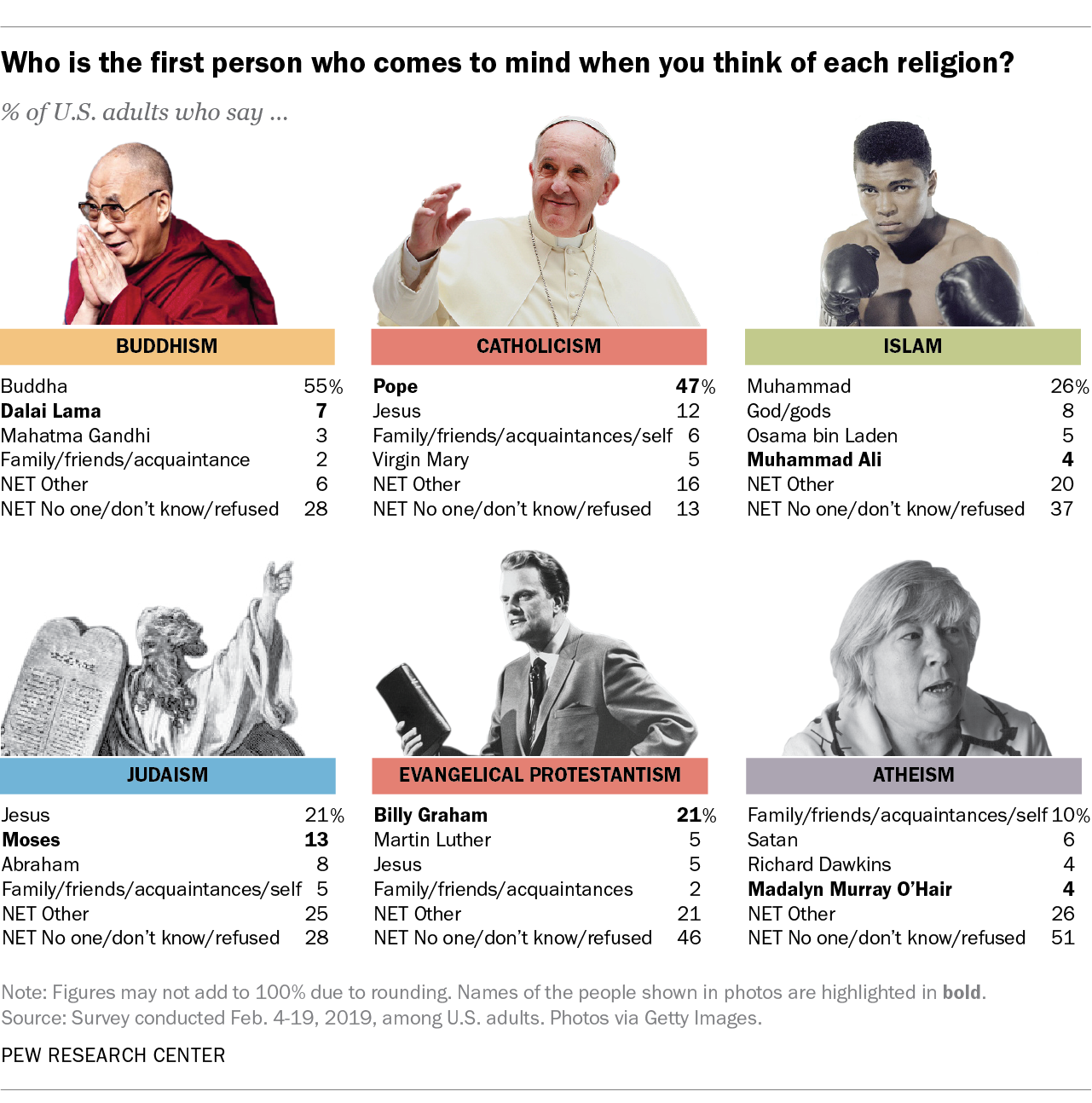 When asked who comes to mind when they think about atheism, though, Americans are much less likely to name a well-known figure. While 6% say Satan, 4% say Richard Dawkins and 4% say Madalyn Murray O’Hair, one-in-ten respondents just name themselves or another personal acquaintance such as a relative, friend or roommate. And roughly half (51%) say “no one” or “don’t know” or do not answer the question.

Asked about evangelical Protestantism, nearly half of Americans (46%) say “no one” or “don’t know” or do not answer the question. An additional 21% name Billy Graham, 5% each name Jesus and Martin Luther, and 9% name other religious leaders.

For two of the non-Christian religions asked about in the survey, respondents are most likely to name someone central to that religion. For Buddhism, 55% of respondents name Buddha. The next most popular response is the Dalai Lama (7%). As for the first person to come to mind when thinking of Islam, a quarter of respondents name Muhammad (26%), while an additional 8% say God.

About half of respondents asked about Judaism name a person who appears in religious scripture, including Jesus (21%), Moses (13%) and Abraham (8%). And 7% name either a well-known historical figure, such as Anne Frank or Albert Einstein, or a celebrity such as Jerry Seinfeld. An additional 5% name someone they are personally acquainted with, and 4% say God.

Psalm 98.3
He hath remembered his mercy and his truth toward the house of Israel: all the ends of the earth have seen the salvation of our God..
King James Version 1611, American Edition